I had not read Young Adult fiction for a very long time, before Cadets showed up in the mail, as a gift from author Edward Miller. It wasn’t that I have anything against YA fiction, it’s just that I don’t tend to think of myself as a young adult anymore, though I don’t really think of myself as a grown up either, even with the responsibilities of home-ownership and a career.

Regardless, Cadets was a great read and for me it was a quick read.

The back cover states “On a remote training planet, hotshot Earth Defense Fleet Cadet Ryan Thompson and his peace loving ex-girlfriend Amanda Williamson can’t agree on anything. But when news comes of an alien invasion of Earth–the first in human history–they are thrown together on a deadly, unauthorized mission to face an unknown enemy. What they find is beyond their wildest expectations. A discovery that changes everything they thought they knew…about their hostile adversaries–and mankind.” 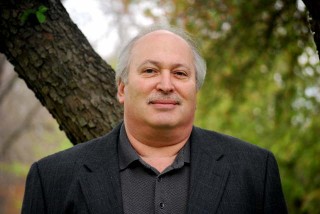 It goes on to say “With a trail of riddles and mysteries, epic space battles and journeys to the far corners of Earth, this “Star Trek meets Indiana Jones” Sci-Fi Adventure from Author Edward Miller should appeal to fans of Sci-Fi Space Operas and Young Adult Science Fiction.” I tend to lean towards saying it has more in common with the 2004 Battlestar Galactica reboot, than it does with Star Trek, but that is my opinion, only it doesn’t deal with Cylons, it deals with aliens.

Miller’s story, regardless of comparisons to Trek or Galactica, is unique and fast paced. It’s science fiction, and more to the point, youth science fiction as it should be done. Ryan’s thoughts and dealings with not only his ex-girlfriend Amanda, but his father, the Fleet Admiral, and Amanda’s father, the director of the Cadets academy is as realistic as can be written.

All of the characters are well drawn and created to establish a favorite for the readers, that is not limited to the main characters. And of course, as with any great science fiction piece, there is some humor mixed in to break the seriousness of the events unfolding in the story. 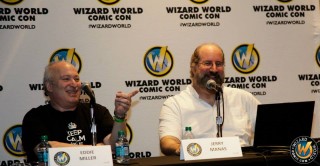 For example, the story takes place in 2162, but that doesn’t mean the world before it doesn’t exist. Tanner, the comic relief throughout most of the book, has a wonderful conversation about Star Wars with Ryan at one point, saying, “yeah, but they keep releasing new versions… the new one’s in holographic format. I’m serious, Lucas’s great-great grandson supervised it himself.” This particular reference to Star Wars had me in fits of laughter.

Anyway, the aliens Miller created and their history is far and above what I expected and is rooted not in the stars but with some level of realism. And so, I cannot recommend this book enough to both science fiction fans and young adults. If you are a fan of the fiction of science, or you have a child or know of one that is getting into, or that you want to get into, reading, this book is a great start. It has something for everyone, but it’s a little less complex than the wondrous prose if Miller’s debut novel with co-author J.B. Manas titled The Kronos Interference.

So regardless of your age, actual or mental, I do suggest you pick up your own copy of Cadets. There is already a sequel in print, Cadets 2: Ship of the Gods and I will get to that in due time. For now, I’m happy to have been introduced to the Cadets series with the first installment. It was, in a phrase, hard to put down, which is all you can ask for in a book.

Read the Secret File of technical information and quotes from Cadets.

Nothing in the world can take the place of persistence.
You are interested in higher education, whether material or spiritual.
Even the greatest of whales is helpless in the middle of a desert.
More Fortunes >