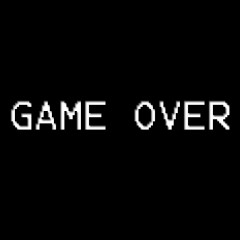 Although games and series may continue on after company or licence acquisitions, mergers and bankruptcy, the original developers who created the games can at times be forgotten, but that’s now how it should be.

With that, here is my list of the Top Five defunct video game developers. Though their names may no longer be attached to their work; their legacy continues on and in some cases will continue to continue on. 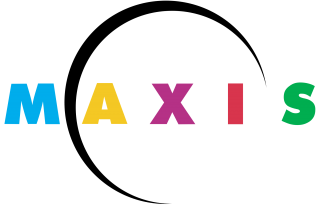 Originally founded in 1987 as Maxis Software, an independent game developer, Maxis became a heavyweight with it’s creation of SimCity, which eventually spawned a ton of other simulation-based titles, and eventually the production of The Sims, one of the best-selling computer games of all time.

It was acquired by Electronic Arts (EA) on July 28th, 1997 as a subsidiary, but as of March 4th, 2015, the name of Maxis will be no more, although it’s franchises will continue under the name of EA. 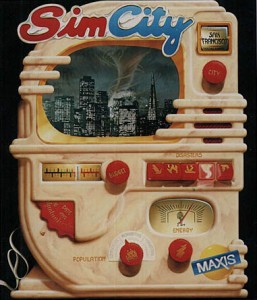 Maxis may have had a hand in some non-Sim titles, but Maxis is and will remain synonymous with the Sim series; SimCity, SimEarth, SimAnt, SimLife, SimFarm, SimTown, SimPark, SimGolf, SimTunes, SimSafari, SimCopter, SimCity 2000 and a host of others in the SimCity series as well as The Sims.

Because with the Sim-titles Maxis Software created its finest masterpiece.

Although the franchises will live on, the name Maxis will fade, which is a shame. Before their acquisition by EA, they were one of the few big name independent game developers, which puts them high on any list of important and influential developers of any era, not just the one they dominated with their Sims. 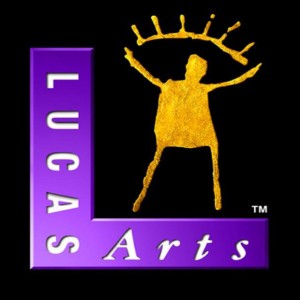 Founded in May of 1982 by George Lucas under the name Lucasfilm Games, and renamed LucasArts in 1990, this company was a force in graphic adventure games, as well as licensed franchises such as Star Wars and Indiana Jones.

Acquired in 2012 as part of The Walt Disney Company’s acquisition of its’ parent company Lucasfilm, Disney halted all internal development on April 3, 2013, although it remains open to function as a licensor of it’s franchises.

Although it may appear to be just a studio built for making movie franchise games; Star Wars, Indiana Jones, Labyrinth and a slew of Lego games, it was much more than that in the early days. Games like Maniac Mansion, Battlehawks 1942, LOOM, the Monkey Island series, Secret Weapons of the Luftwaffe (or SWOTL, a personal favorite of mine), and the Sam and Max series (a personal favorite of one Agent Parker).

So as much as LucasArts was tied into Lucasfilm, it is important to remember that they create some classic and game-changing titles, that were not movie franchises.

Founded in 1982 by the soon to be legendary Sid Meier and “Wild” Bill Stealey, MicroProse not only created a legacy of games, but was groundbreakingly instrumental in creating and fostering the growth of simulation and strategy games.

Unfortunately, after some issues (budget cuts and policies), the golden goose Sid Meier, left with Jeff Briggs and Brian Reynolds to form Firaxis Games in 1996. Then in 1998, following an unsuccessful buyout by GT Interactive, MicroProse now a subsidiary of Spectrum HoloByte became a subsidiary of Hasbro Interactive, which was the closing bell. In 2001, MicroProse ceased to exist and Hasbro Interactive became Infogrames and eventually part of the Atari family. 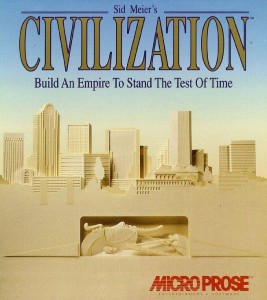 But MicroProse is a name with legendary ties, in part to Sid Meier, but they weren’t all his, although many bore his name. Sid Meier’s Civilization and its’ many sequels which included Sid Meier’s Colonization, plus; Sid Meier’s Pirates!, Sid Meier’s Railroad Tycoon, Covert Action, a slew of Fighter Jet simulation games, the Grand Prix series, Master of Orion, Master of Magic, Machiavelli the Prince, the first video game adaptation of Magic: The Gathering which included a couple expansions, Risk, a few Star Trek games, the X-COM series, Worms 2 and Worms Armageddon, plus other Tycoon games such as Transport, RollerCoaster, and Pizza Tycoon.

Many computer gamers from the mid 80’s to the mid 90’s spent countless hours with MicroProse games, many of which obviously had titles that included the now legendary name of Sid Meier. And it’s important to remember the as part of the founding in MicroProse, Meier is still in control as a leader for the creative team at Firaxis, which is now a subsidiary of Take-Two Interactive.

All that aside, what Sid Meier and the rest of the team at MicroProse did was put themselves at the forefront of real-time strategy, while helping to improve simulation games at the same time. Not all the companies on this list can claim to be so diverse in their influence on the industry, but MicroProse can make that claim. 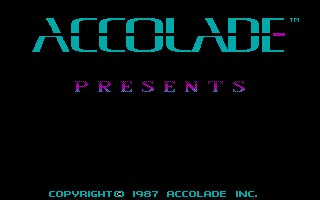 Accolade, Inc. was founded in 1984 by Alan Miller and Bob Whitehead who had just left Activision, the world’s first third-party game developer, which they had also founded. As the legend goes, Miller and Whitehead named the company Accolade, because alphabetically it came before their previous company Activision, which they had named accordingly because it came alphabetically before Atari.

The legend continued with the creation of Acclaim, formed by other ex-Activision employees, who named the company because it came alphabetically before Accolade. But enough of the alphabet race, Accolade was a force to be reckoned with because they focused on PC and console games. The company was purchased by Infogrames in 1999, which had also purchased GT Interactive in 1999 and later, in 2001, Hasbro Interactive. Interestingly, the Hasbro Interactive acquisition gained Infogrames some legendary titles from MicroProse, which preceded Accolade them on the list. 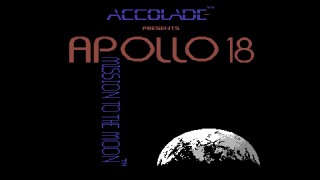 Although it got shuffled around, there are still those who think of Accolade with high esteem, because of the two main forces behind its’ inception; Alan Miller and Bob Whitehead.

Brøderbund Software, Inc. was founded in 1980, by Doug and Gary Carlston far away from Silicon Valley in Eugene, Oregon, before relocating to California. It was created to market the Galactic Empire game, before it blew up becoming the world’s tenth-largest software company just four years after its founding. 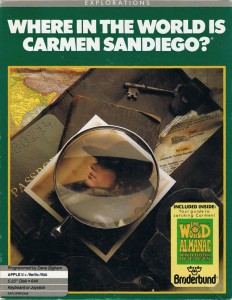 Original 1985 Where in the World is Carmen Sandiego? Box Art

Although Brøderbund is known for educational games, like the Carmen Sandiego series and Mavis Beacon Teaches Typing, they also had a hand in some early word-processing with The Print Shop and also made some well known games; Myst, the Prince of Persia series, Capitalism Plus, The Ancient Art of War series, Write Camera Action, a Star Wars game, In the 1st Degree, and even a few sports simulations.

Having almost merged with another 80’s software giant in Sierra On-Line, Brøderbund purchased PC Globe, then was outbid by Softkey in acquiring The Learning Company in 1995, which then in turn ended up buying Brøderbund in 1998, before the combined company was purchased by Mattel in 1999.

The Learning Company then sold it’s entertainment holdings to Ubisoft and other holdings including the Brøderbund name to Riverdeep, which still uses the name as a brand although the now with an “o” instead of the “ø.”

It can be complicated to see where all the franchises and naming rights went and who own’s what and where it came from, but what isn’t complicated is where it all started.

Maxis started SimCity; LucasArts did some amazing things with the Star Wars video game universe and beyond; MicroProse launched Sid Meier and the Civilization series among others, Accolade started Test Drive and owned golf simulation for a time, Brøderbund created Myst, Prince of Persia and taught people to type. 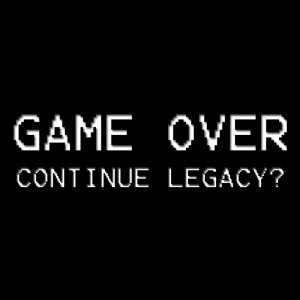 Of course, that short recap doesn’t to each company the justice they deserve, nor does the short synopsis I wrote on each. These were six massively successful companies, that mainly exist in that some of their franchises live on, while in name, they have been defunct and destroyed and manipulated by corporate takeovers and mergers. But to the gamers of a certain age, and those who appreciate gaming history, especially personal computer gaming history, these companies will live on forever. Because in their minds and hearts, they will never forget the hours of enjoyment they received from these five now defunct video game developers.

And yes, you can find many of the games mentioned and many more by these developers on abandonware sites across the world wide web, but the games deserve more than the title of abandonware, these are classics with a legacy that should be treated with respect and above all, they should be played. Do yourself a favor. Find the games and play them, there is a reason they are tied to such legendary developers. Of course, not everything is a winner, but these developers, whatever their ultimate journey to defunct status was, created some of the greatest games for the boon period of personal computer gaming.

Things are turning for the bright side.
Courtesy is the password to safety.
Even the greatest of whales is helpless in the middle of a desert.
More Fortunes >