Ninja: The Shadow Warrior by Joel Levy is a PBS Special in Book Form 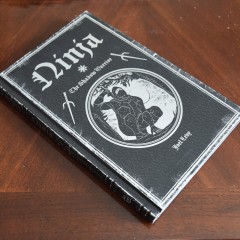 Sometimes you don’t need 1,000 pages on a subject. Sometimes 200 will do. In the case of Ninja: The Shadow Warrior by Joel Levy which I recently picked up, this is definitely the case.

It is a complete, if not truncated, history of ninja and ninjutsu and reads more like a PBS one hour special on the subject. It covers the basics and either sates your appetite or wets it, leaving you hungry for more.

I’m not sure which this book did for me, probably a little of both. Personally, the Teenage Mutant Ninja Turtles may have been my first experience with ninjas, but they were hardly my last. As ninja expanded in the media I consumed, both in my childhood and now, my fascination stirred. So picking this book up was a bit of a no-brainer.

This book easily covers it all in broad strokes from their origins, the skills they used, famous personalities, and the controversies surrounding the fact and fiction of ninjas throughout history.

The book only has five chapters; History of the Ninja, Ninja Equipment, Ninjutsu – Principles and Training, Ninjutsu – Operations, and Ninja Culture and Controversies. These chapters, plus the Introduction and Epilogue are all housed, in a beautifully designed package, accompanied by wonderful illustrations. 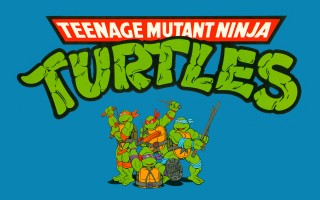 Reading this book it is easy to see how the concept of the ninja has crept into our mainstream consciousness.

The ability to adapt and working-class roots of ninja make it something, that at least in concept, anyone can relate to.

Using the tools available to accomplish a goal and standing in opposition of the way things are (being unconventional, per se), to get where you want to go. These are where the principles described in the book can be applied to anything.

Personally the “shadow” part of the ninja concept is most intriguing. For me it is best encapsulated by a quote from Futurama, when the God Entity tells Bender, “when you do things right, people won’t be sure you’ve done anything at all.”

This quote also applies to one of the theories behind why the concept of the ninja is largely absent in much of Japanese history. Maybe they were just great at what they were doing, while being even better at staying unnoticed and in the shadows. 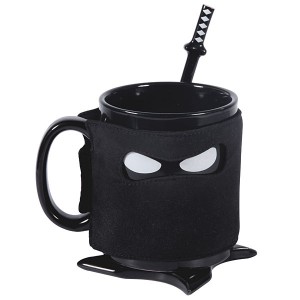 Ninja is now a part of our media culture

But now the ninja is a media icon. Equal to the cowboy, the scientist, and the knight. It’s just a character. And in despite the other two being well documented throughout history, all three have become archetypes that don’t necessarily reflect their true origins.

This is not a hard book to read, but it is a fun read. The mind exercises I did while attempting to apply ninjutsu techniques to my everyday life, meaning techniques of theirs I already use in one way or another, was quite interesting; like “timing is everything,” planning is important, and any tool that can be used is useful. In addition to the techniques I would be better to apply more often such as patience and endurance.

Read the Secret File of technical information and quotes from Ninja: The Shadow Warrior.

Today it’s okay to make a few choices by going with your instincts.
Even the greatest of whales is helpless in the middle of a desert.
Look forward to great fortune and a new lease on life!
More Fortunes >