The fourth and final novel in the unnamed spy series by Len Deighton, The Billion Dollar Brain, is brilliant.

It is not derivative, it just builds upon the three novels that came before it and expands the world of our hero, the unnamed spy. And like the other three novels it starts in London and includes globetrotting; this time through Helsinki, Leningrad, New York, and Texas.

The usual characters are all present as Dawlish, Jean, and Colonel Stok all make appearances and play their part in the story. 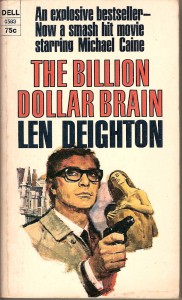 I can’t say that The Billion Dollar Brain is a high note in the series, because this series maintains such a high level of intrigue throughout that this is just a continuation of that theme.

As you would expect the Billion Dollar Brain is a computer but there is more to this story as humans spies take orders from both humans and machine. While Deighton maintains a separate narrative about the world, some of which holds true even today which says a lot for a book published in 1966.

This fourth installment contains embezzling, treachery, adultery, and infidelity, while at the same time develops characters and relationships from the other books and even comments on the spy genre and profession as a whole.

To start our unnamed spy talks about his relationship with his secretary Jean, who he met in the first novel, The IPCRESS File, thinking to himself, “there were times when I thought I was in love with Jean and there times when I thought she was in love with me, but somehow these ties never coincide.” While his relationship with his boss Dawlish is light and humorous as ever.

His comment on the spy genre as a whole comes in one exchange between our hero and a contact on a boat. 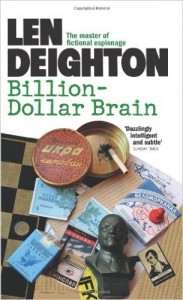 “Pardon me,” said the gray-haired man. “Do you happen to know the phone number of Stockmann’s Department Store?”
“It’s 12-181,” I said, “unless you want the restaurant.”
“The restaurant number I know,” said the man. “It’s 37-350.”
I nodded.
“Why have they started all this?”
“I shrugged. “Someone in the Organization Department read one of those spy books.” The man flinched at the word “spy.” It was one of those words to avoid, like the word “artist” is avoided by painters. He said, “It takes me all my time to remember which bits you say and which bits I say.”
“Me too,” I said. “Perhaps we’ve both been saying it the wrong way round.”

For Deighton, who created the unnamed spy and has codenames, passphrases, and lots of other standard spy fiction tropes, this comes across as genuine. But there is the story at hand. A Billion Dollar Brain, built in Texas giving instructions to agents the world over and with it, Deighton’s penchant for diatribe hits a wonderful tune.

All four quotes are relevant in today’s world where we walk around with small computers in our hands, sometimes letting them decide where we go and what we do, which is part of what this book is about. 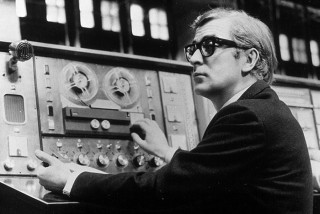 But with every Deighton novel, there is more here than just spies and computers. Deighton’s view of the world, at least the one he paints with his characters and their thoughts and dialogue are also relevant to today’s issues.

“I got nothing against clichés, son. It’s the quickest method of communication yet invented, but I get you.” Which for better or worse is a truism that we’ll have to live with. And he’s even got something that is extremely relevant for anyone dealing with millennials in the workplace.

Dawlish, our hero’s boss says to him, “You mustn’t ask for too much. Success is just a state of mind. We don’t get called in until there has already been a failure somewhere. The trouble with young people nowadays is that they worship success. Don’t be so ambitious.” And you know what? Dawlish is correct, even though he’s not actually referring to millennials, he really is if you read up on their tendencies. But that’s not even the most jaw dropping truth his characters unveil.

That truth belongs to Colonel Stok. “You must imagine, English, that there are two mighty armies advancing toward each other across a vast desolate place. They have no orders, nor does either suspect that the other is there. You understand how armies move–one man a long way out in front has a pair of binoculars, a submachine gun and a radiation counter. Behind him comes the armor and then the motors and the medical men and finally the dentists and the generals and the caviar. So the very first fingertips of those armies will be two not very clever men who, when they meet, will have to decided very quickly whether to extend a hand or pull a trigger. According to what they do, either the armies will that night share an encampment, exchange stories and vodka, dance and tell lies; or those armies will be tearing each other to shreds in the most efficient way that man can devise. We are the fingertips.” 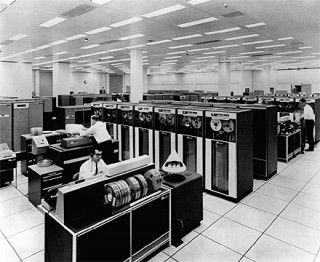 This truth is even scarier when you consider that today the Billion Dollar Brain doesn’t cost a billion dollars and they aren’t reel to reel memory machines either. And it’s access and widespread use make those “two not very clever men” more numerous and potentially even less or more clever, whichever you deem more nefarious.

But the bottom line is that you should read this book. If you like spy fiction it is a must. This book is so relevant to today’s technological climate that it could easily be adapted into a modern movie just by stripping it of its cold war influences and updating the technology. Because the rest of the story would still work flawlessly.

Read the Secret File of technical information and quotes from The Billion Dollar Brain by Len Deighton.

Courtesy is the password to safety.
To let another into your heart, first let yourself in.
The path of life shall lead upwards for you.
More Fortunes >