Hail to the King, Duke Nukem Forever: F#@K Call of Duty! A History Lesson in Gaming! 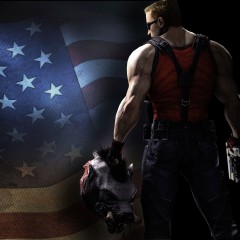 As mentioned in the previous post, I recently beat Duke Nukem Forever – A game that essentially 15 years in the making eventually released with little critical acclaim, but one that should have been given it’s due. Duke Nukem Forever was not for everyone but, having beaten the game, I can say it was made for me as I fit into the 1% of gamers who can appreciate its greatness.

In all fairness, the lack of critical acclaim was due to its place in modern gaming and has no actual bearing on the game itself.

But first a little history lesson. 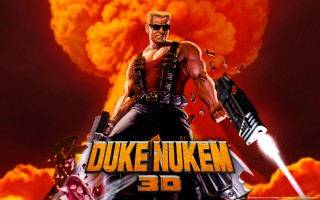 Back in 1996, Duke Nukem 3D was a game changer. The first person shooter as a genre was in its infancy. Duke took the market by storm as a single player game. It’s counterpart, also released that year, was Quake. What Duke lacked in multiplayer, Quake dominated. But the Duke wasn’t to be outdone. Mutliplayer was enabled with updates to the game, but Quake still won the war.

I played Quake and Duke, so from first-hand experience, I can tell you that Quake, by embraced the modding of its levels and providing easier access to online play, earned a deserved leg up. However, in single player action, no one could touch the Duke! 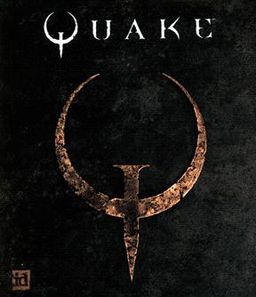 Quake has since released Quake II, Quake III Arena and Quake 4, adding fuel to the franchise. Also, in 1996 Blizzard changed the game landscape with Diablo. I don’t need to tell you that Diablo and its online multiplayer eventually led to the MMORPG World of Warcraft.

1996 was a good year and an important one for all the games that have come since.

Another game that came out in Duke’s 15-year hiatus was Grand Theft Auto III for the PS2. I don’t think that game would have had as much attitude as it did, without Duke Nukem 3D – the girls, the language, the nature of the game. Duke Nukem 3D was the father of all rated M games.

So back to they issue at hand: Why did Duke Nukem Forever fall on the epic fail side of most reviewers and critics? 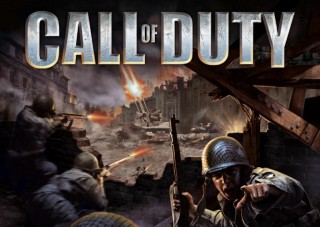 Call of Duty: The Game Changer

Because since 1996, one first person shooter came out to change the way gamers view the genre – Call of Duty. While Quake was on it’s last legs, Call of Duty made things more real and much more tactical, in both single and multiplayer games. This has since changed the market.

Fast forward to 2011 and the long awaited release of Duke Nukem Forever. It’s rival Quake isn’t really on the map and as far as first person shooters go, Call of Duty – not the original, but Modern Warfare – is the measuring stick. No contest. The average reviewer didn’t know what they were looking at. It was as if they’d stumbled across a relic from another era. 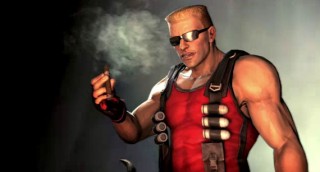 I played Quake in all it’s incarnations and I played Duke Nukem 3D, but I never got into Call of Duty. So when I finally had the time and resources to play Duke Nukem Forever, I jumped at the chance. I picked up the game and had at it. Back with the Duke like old times. And it was.

The Duke developers took pot shots at themselves in the single player version, at one point Duke is playing a Duke video game in the game and when asked if it was good he says, “After 10 fucking years, it better be good.”

That’s what was so enthralling about the original. The attitude and the Duke didn’t disappoint me. The point I’m trying to make is that it didn’t have the mass appeal of the first game, but it’s being unfairly compared so something that it was never meant to be.

If you want to shoot stuff, you can do that in hundreds of games and you can talk all the attitude you want to yourself while you do it, but only in Duke Nukem Forever, is the Duke back. He’s saying stuff so you don’t have to. 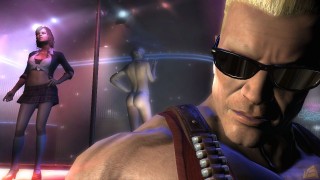 Duke and his Strippers

The point is, Duke Nukem Forever is for me, someone who liked the genre the way it was, with pixelated monsters and simple point and shoot. I never got into Call of Duty, but I can honestly say that compared to Call of Duty, the games are not apples to oranges. It’s more like apples and balls. No comparison.

Hail to the King, Baby!

Let’s finish this up now, someone is waiting for you on that.
Nothing in the world can take the place of persistence.
Courtesy is the password to safety.
More Fortunes >