Are You Prepared for 24 Straight Hours of LIVE 7 Days a Geek? 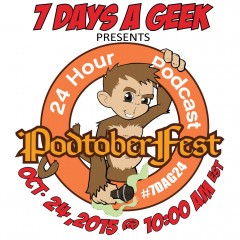 Jason The Angry Ginger latched onto the idea and Grant The Kilted One took it and ran. The first thing they did was create a writers room full of writers and thinkers to help create enough content to fill the 24 hours. Then the two hosts and the Writers Room started brainstorming and well, now there will be a 24 Live 7 Days a Geek show starting October 24th at 10 a.m. dubbed Podtoberfest.

How do I know so much? That’s easy, I’m actually in the Writers Room, which is just a group DM on twitter. And at this point, the 24 hours have been planned! Which is amazing in hindsight given that for every idea in the Writers Room there are at least five more messages of banter and joking within the group. 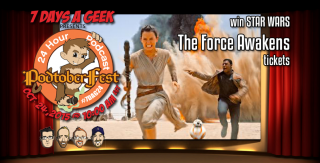 The show will start at 10 a. m. with a three hour blocked “morning show” and it will also end with another three hour “morning show.” In between, there are 18 hours of themed content, such as; Retro hours, Games & Questions hours, two hours of Trailer Talk (one for November and one for December), Horror hour, TV hour, Movie hour, Star Wars hour, a live radio play, and much, much more.

You as the listener will also have the opportunity to win free stuff! Follow and listen for a chance to get your hands on two free movie tickets in one contest (you get to choose the movie), and a pair of Star Wars: The Force Awakens tickets in a second contest (again, a pair is two tickets). 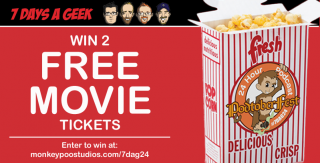 There will be games and guests aplenty. The chaos is the only thing that can be counted on for sure. While two of the members of the Writers Room will be traveling to be with the hosts during the broadcast, the other two will be strategically placed within the Mixlr chatroom, during the live broadcast.

This past Friday, the entire crew got together to test it all out and that test was fairly successful. Will the train go off the tracks? Will there be a show after 24 hours? After 12? There are more questions than answers, because there is only ONE ANSWER…

That’s it. Tune in to Mixlr.com/monkey-poo-studios and find out what happens. It’s completely live and outside of the themes, it’s basically unscripted (minus the scripted radio play hour).

Get your caffeine on and May the Podcast Forces be With You! 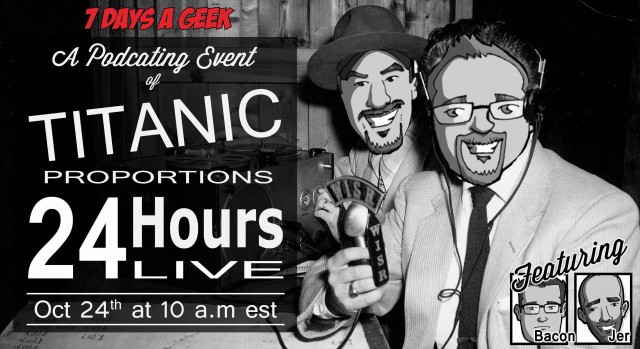 Even a broken clock is right two times a day.
Look forward to great fortune and a new lease on life!
Your moods signal a period of change.
More Fortunes >