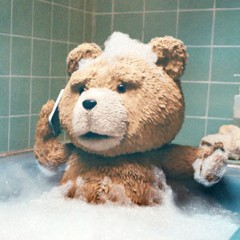 Not too long ago, I went to the theater and watched Ted. I’d seen the trailers and it looked ok. I had very few preconceived notions about the picture. I’m aware that in the case of most comedies, the trailer shows the funniest parts, but Ted held something back.

The plot is a little more thick than I would have expected. There are a few moments that try to tug at your heart, but if you give it time, they’ll make you laugh within a few moments.

Seth MacFarlane emptied his rolodex for this film. Wait to people even have those anymore? Ok, maybe not, but he emptied out the contacts of his iPhone for this because the stars are out. No spoilers here, but there are quite a few well known stars sprinkled into this movie.

Mark Wahlberg is funny. I submit to you that he could do comedy more often if he chose to. Mila Kunis is, well, I’m sure there could have been other leading ladies but since it’s a MacFarlane picture, why wouldn’t he grab a fellow Family Guy cast member.

The humor is ripe. I can’t really explain why, but that seems like the best word to describe it. Yes, it’s stupid and yes it’s a bit predictable, but it’s funny and isn’t that all we ask of a comedy? See it. Don’t see it, but if you like Family Guy this is a can’t miss. Ted is 40% Peter Griffin, 30% Stewie Griffin, 30% Quagmire and 100% funny! 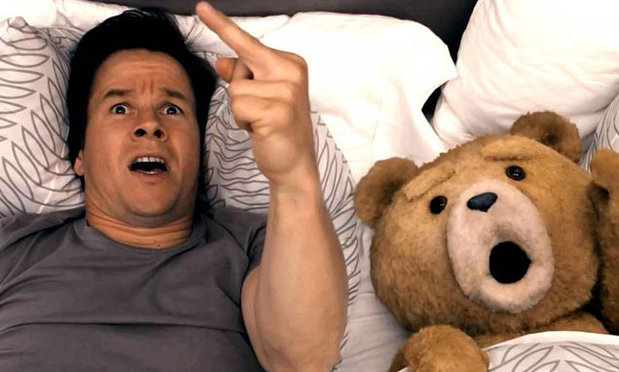 However, the fanboy in my believes that there could have been more. More what? Maybe more of what this should have been. This was a movie with a talking teddy bear. Outside of Teddy Ruxpin, I can’t think of a talking bear not named Fozzy, so there could have been something there. I know a reference to Ruxpin was in the movie, but could spoofing Fozzy have been such of a stretch? I would’ve welcomed an Alf reference. I’m not talking about altering the script a whole lot, but maybe throwing in a few jabs at other talking fuzzy characters would have been fun.

I did enjoy the movie, as I stated, but I do believe I could have loved the movie. I will say this. In an era where it seems we’ve exhausted new ideas, I applaud this effort. Yes, in it’s most basic form this is live action Family Guy, but it is still somewhat original. And isn’t that something to be applauded?

Read the Secret File of technical information and quotes from Ted.

Sharing little joys offer great hope to others.
To let another into your heart, first let yourself in.
Good clothes open many doors. Go Shopping.
More Fortunes >