What’s It All About? Michael Caine tells All in his Autobiography 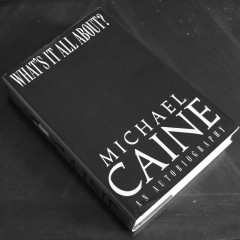 Before I picked up What’s It All About? I knew that Michael Caine was a great actor of both the stage and screen. I knew him as Harry Palmer, Charlie Croker, and Alfie, among many others.

But in this, his first autobiography, you learn that there’s a lot more to the man. Maurice Joseph Micklewhite was born in England. He was not one who had success thrust upon him nor was he born into it. He worked his way up in a place where the class system existed and breaking out was no easy task.

But he fell in love with cinema. “At around the age of four I set on a journey of discovery that I haven’t finished yet. I was taken to see my first movie.” And with over 115 films to his credit, the love affair continues. But again, it didn’t happen overnight.

He went to war for his country as a part of his national service during the Korean War. Of the stories that he tells from his time, in the army and in the war, this is by far my favorite: 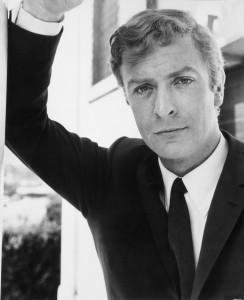 “We felt we were heroes. We had met the enemy up close, and we had survived. For my own part, that night has always been important to me, because although I hadn’t killed anyone or proved myself to be a hero, I had faced what seemed to me to be certain death and I had not been a coward. And I had learnt something about myself which I would value for the rest of my life: if anyone takes me, they’re going to have to pay. In fact, I thought as I walked to my bunker, smiling to myself, not only will they have to pay, but the price will be fucking exorbitant.”

Once out of the army, he entered show business. Around this time Maurice Micklewhite exited stage left and Michael Caine entered stage right.

How did it happen? “…The Caine Mutiny. I looked for a moment and decided that was the one, for several reasons. “Caine” was short and sounded easy with Michael, and it was a word with which everybody was familiar, particularly those of us who had been through the British school system. The word “mutiny” in the title also appealed to me, because at that time I was extremely rebellious and angry, but I couldn’t call myself Michael Mutiny. There was another reason for my choice, a Biblical one. Cain was the brother of Abel who was cast out of Paradise, and I felt a great sympathy with him at the time.”

The powers that be have informed me that I am going about this all wrong. This is after all an autobiography, so to synopsize or paraphrase Michael Caine is folly, as this is his story in his own words. So with that in mind here are the remainder of my thoughts and a few selected quotes that I feel encompass some of the story, for which you should read What’s It All About? to discover the rest. 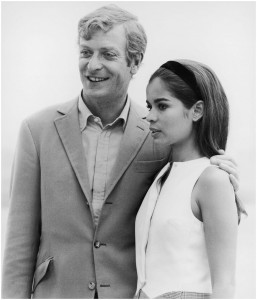 Michael Caine has lived a life of hard work and luck. Those people whom he called friends during the “Swinging Sixties” and even now read like a who’s who of the Hollywood elite, and he’s been equally lucky to find love, family, and success. Told in his own words, he dispenses wisdom and passes along nuggets of advice that were passed to him, such as:

“The moral of this little tale is good for everybody, not just show people, and it is this: if you want to do something with your life, never listen to anybody else, no matter how clever or expert they may appear. Keep your eyes open and your ears shut, and as the Americans say–’Go for it.'”

“No matter what you expect, things never turn out quite like they should, do they?”

“‘You must never ever lose face,’ he [director James Clavell] told me. ‘With your display of temper just now you did exactly that–and it is only the first day of shooting. Not only have you lost face, but it will remain lost with these particular people in this situation and you will not regain it until the project ends. We all lose our tempers sometimes,’ he continued, ‘but you must never lose face in front of strangers. You belittle and demean yourself by showing such a great and personal emotion in front of people whom you do not know intimately, and the loss of control shows the other person that you are weak. Control, Michael,’ he said. ‘If you cannot control yourself, who can you control?’”

“The logic, though not typical for a westerner, was, after a little thought, unmistakably correct and a lesson for us all. Time is not something that is passing but something to be spent–wisely, of course.” 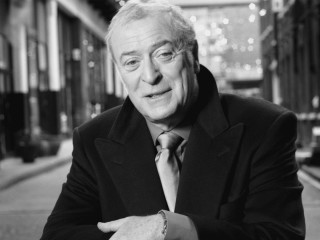 “To each of us he [Irving Lazar] dispenses wisdom, hospitality, and experience, and to me, once, a lesson in his beloved priorities. He asked me to dinner one evening and I had to tell him I was dining with someone else. He asked me who it was and I told him. ‘You can’t have dinner with him,’ he said, ‘he’s a lunch.'”

But what’s more Caine has a way with words that is natural and flowing. Here is his description of John Huston; “He had white hair and a white beard separated by smiling blue eyes that looked as though they had seen it all and decided that it was okay anyway.”

This book is a must read for anyone looking into acting, the sixties, Hollywood history, or film in general. Through beautiful reflective prose, Caine wields his words as very few can. I highly suggest that you find yourself a copy of What’s It All About? and read it as soon as you can. It is a worthy investment. And I look forward to picking up his second autobiography, The Elephant to Hollywood.

Read the Secret File of technical information and quotes from What’s It All about?

Things are turning for the bright side.
Courtesy is the password to safety.
Let’s finish this up now, someone is waiting for you on that.
More Fortunes >