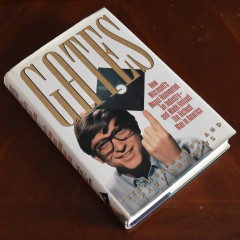 If you’re looking for the whole story of the personal computer or microcomputer industry, you have to read a few books. You owe it to yourself to at least cover the two diametrically opposed players in the game: Steve Jobs and Bill Gates.

I’ve read the Steve Jobs biography written by Walter Isaacson, so next up was a Bill Gates biography called Gates: How Microsoft’s Mogul Reinvented an Industry and Made Himself the Richest Man in America by Stephen Manes and Paul Andrews.

This book was released back in December of 1992, so it obviously isn’t as complete a story on Gates as a newer book could be, but it still paints an in-depth picture. And for those looking into the history of the industry, the parallels between this book and any solid book on Jobs – specifically the Isaacson book – definitely fill in some holes and give you both sides of the story.

On thing that remains consistent regardless of which side you look into first, is the importance of Xerox PARC. “But Xerox PARC was like the nutty professor who never makes a dime off his brilliant inventions. To this day some hackers claim that PARC’s Alto, initially demonstrated in 1973, was the first true ‘personal computer.'” 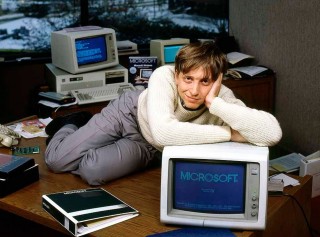 But the hardware isn’t where Microsoft or Gates is really at. It’s a software development story from BASIC to Windows. And at the heart of that transformation is Bill Gates. He is described in the book at one point as “Charming one minute, rude the next, Gates was hard to sum up in a sound bite, a Binary Bill of polar contradictions beginning with public shyness and private aggressiveness–some said ruthlessness–that even longtime associates found difficult to reconcile.” It’s important to know who he was.

And Gates wasn’t just a singular “smart guy.” He was one who wanted to surround himself with other smart guys. He did a fantastic job at that, though it wasn’t always his own strength that made his successes. Vern Rayburn once said, “Microsoft has been the single greatest beneficiary of inept competition of any company in the world.”

It’s not a bad title to hold when you’re the guy who becomes the PC industry’s first billionaire! But despite the fact that many people believe him to be one thing or another, he is at heart a programmer and a technologist. “‘Bill Gates is the leader of the parade,’ said one industry veteran, ‘because he sees where the parade is going and gets in front of it.'” 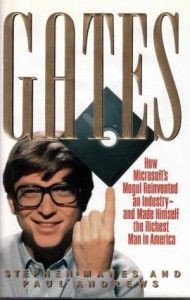 Gates: How Microsoft’s Mogul Reinvented an Industry and Made Himself the Richest Man in America

And he did so by using his contacts within the market to know where it was going, with an almost clairvoyant clarity. But it wasn’t sleight of the mind, it was knowledge, information, and his innate ability to understand what that information meant.

One thing that stands out and that I couldn’t reconcile in my mind was that despite this being a biography of Bill Gates, no matter the positives or because of the negatives, I just couldn’t help but picturing Tim Robbins’ character in Anti-trust, which the writer’s based a bit on Gates, minus the fictionalized killing for code.

But Robbins nailed the “Gates motivational method: You yell, you holler, you point out how stupid something is; the chastened subject goes back and redoubles his efforts to do a better job.”

But there’s more here. Remember at the beginning of this post where I said that you should be reading about Jobs and Gates? These two seemed diametrically opposed as I said, and then here in this book “Ida Cole, who worked at both companies, would put it, Microsoft was ‘a technological company. And it’s run by a technoid. Apple was very much a marketing company. Steve Jobs was the most prominent person at Apple, and he was not a technology guy.'”

But you know what my take away is from having read about both of them? We wouldn’t be here if they didn’t coexist in the same time and space. And to think about what would have happened if they had really been able to get together on something… Wow, who knows where we would be? The ultimate in marketing and technology coming together, that would have been something else. But together as rivals, they still spurred the technology revolution to where it now is. 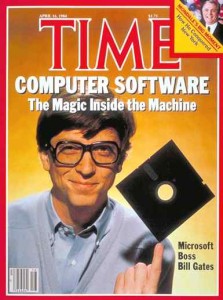 Now, I must admit, there is plenty of information and common knowledge, right or wrong, about Gates since his departure from the company he built, but the fundamentals of his philanthropy exists in his family roots, which are examined at the beginning of this book. It’s not hard to see how he got to where he is when you learn where he came from.

Is this the complete Bill Gates story? No. It’s a great start to the guy who is now a philanthropic giant. Moreover, when combined with the Jobs book, it’s another piece to how we got from teletype computers to the laptops and digital phones that we sometimes take for granted.

Read the Secret File of technical information and quotes from Gates: How Microsoft’s Mogul Reinvented an Industry and Made Himself the Richest Man in America by Stephen Manes and Paul Andrews.

The path of life shall lead upwards for you.
Today it’s okay to make a few choices by going with your instincts.
Your moods signal a period of change.
More Fortunes >