Marvel has done it again. Luke Cage, the newest addition to Marvel’s growing Netflix arsenal of entertainment has been so well done, it not only stands on its own, it further expands the larger Marvel Netflix Universe and to an extent the Marvel Cinematic Universe, as well, without beating you over the head with obvious references.

The casting was superb. We’ve seen Mike Colter as Luke Cage previously in Jessica Jones, so his return to form on screen isn’t much of a surprise, neither is the return of Rosario Dawson as Claire Temple, who seems to be the only thread tying together the entire Marvel Netflix Universe. But what is a surprise are the villains. 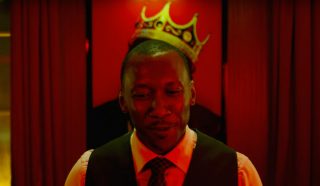 Mahershala Ali, as Cornell “Cottonmouth” Stokes, Theo Rossi as Shades Alvarez, Alfre Woodard as Mariah Dillard, and Erik LaRay Harvey as Diamondback are probably four of the strongest villains we’ve seen not just in the Marvel Netflix Universe, but in the Marvel Cinematic Universe as a whole.

“Always forward,” “Forward always,” is a small conversation between Pop and Luke at some point and the series takes that mantra to heart, with the only exception being a prolonged look into Luke Cage’s origin story, which is standard fare in a stand alone series such as this, despite the fact that the current events on screen unfold after the events of Daredevil Season two.

Without giving too much away, I have to tell you that just like with every other “origin” or season one in the Marvel Netflix Universe, there is a discussion on screen about vigilantes and vigilantism. That type of conversation seems like a prerequisite that still has one more series to go, Iron Fist, before it’s finally put to bed. Marvel also goes back to the Daredevil well with it’s love for fight scenes in hallways and stairwells. 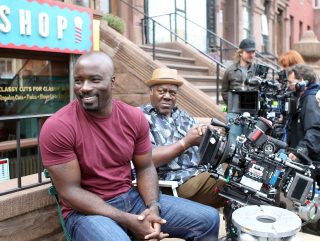 Luke and Pop Behind the Scenes of Luke Cage

The one things this series does better than any before it, is keep it complicated and simple at the same time. This series, unlike the two seasons of Daredevil and the one season of Jessica Jones that preceded it, has more characters in play, making it a little more complicated, yet it’s never hard to keep track of all of the pieces on the board.

But with all of that, the setting of the series is what sets it apart most from every other part of the Marvel Netflix Universe established so far. Unlike Daredevil and Jessica Jones, Luke Cage the series is NOT set in Hell’s Kitchen; it is set in Harlem. This means two things, it’s got a different cultural history, one that’s real, and it’s colorful.

What I mean is that, in real life, Harlem has been a place of art and poetry, of social change and a reflection of America’s cultural shifts. Marvel’s Harlem is a simplified version of Harlem, implying none of the history needs to be explained, it either is or should be common knowledge. As such, Harlem is a colorful and dynamic place. And that also makes Luke Cage, the series, much more unique in the way it is shot compared to any of it’s predecessors, utilizing a visual and musical palette that is much more stunning and varied. 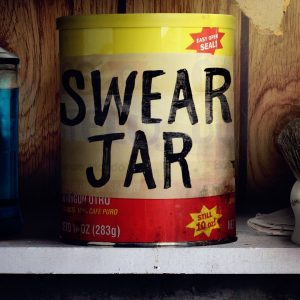 So there you have it. Without any other spoilers I can tell you a few of my favorite quotes from the series before I encourage you to watch it for yourself.

“Sometimes you gotta throw out the science and go for what you know.”
“The mayor can’t even wipe his ass without three different committees to argue about the texture of the paper and to pick the brand.”
“You are about to do something completely stupid. I wouldn’t be a good scientist if I let you do it alone.”

There you have it. Go forth and binge, you won’t be disappointed.

Even the greatest of whales is helpless in the middle of a desert.
Good clothes open many doors. Go Shopping.
You are interested in higher education, whether material or spiritual.
More Fortunes >