The Underappreciated Innovator: A Review of George Lucas: A Life by Brian Jay Jones 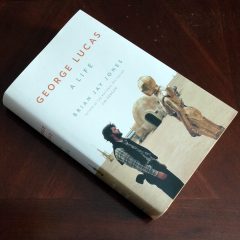 Before I picked up George Lucas: A Life by Brian Jay Jones, I had seen most of his movies and presumed to know much of his story building an empire, making movies and innovations. And well, I was wrong. I knew very little, but I know more now, because the book is a fantastic read.

As biographies go, specifically unauthorized ones, this one may be one of the best, because it is so well researched that citations at the back of my hardcover copy merit 51 pages to list them all. Here’s the other thing, I didn’t know it was an unauthorized biography until I read the “Acknowledgements” at the end of the book. That’s how in depth and well written and thoroughly researched it is.

Star Wars has had a large impact on my life, as have other Lucas created or influenced films, but it is his story that is most inspiring and Brian Jay Jones captures it wonderfully.

In fact, Lucas has probably influenced us all in one way or another. But for someone as enterprising as I aspire to be, his story is both infuriating (because he accomplished a lot earlier on than I did) and inspiring (because he did it his own way against the odds). 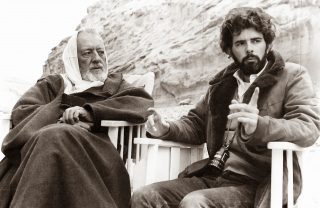 His battle for control over his own properties is unlike anything else in entertainment. “How many people think the solution to gaining quality control, improving fiscal responsibility, and stimulating technological innovation is to start their own special-effects company?” Ron Howard said admiringly. “But that’s what he did.”

His focus is unwavering “I’d be working all day, all night, living on chocolate bars and coffee,” said Lucas. “It was a great life.” And of success, which is what we all aspire to, Lucas has said, “Success… is a very difficult emotional experience to go through.”

But beyond success he wanted acceptance. “I want people to like what I do. Everybody wants to be accepted at least by somebody,” he insisted. “But we live in a world now where you’re forced to become part of this larger corporate entity called media…” Which is a statement that has more truth to it as every day goes by.

But personally, with one sentiment, George Lucas acknowledges(like most creatives, myself included,) we are all of the same cloth. “I was not a bad student; I was an average student,” Lucas explained. “I was a C, sometimes C-minus student. I was definitely not an achiever.” That was putting it mildly; by the end of his freshman year, he was getting Ds in science and English. “I daydreamed a lot,” Lucas said later. “I was never described as not a bright student. I was always described as somebody who could be doing a lot better than I was doing, not working up to potential. I was so bored.” 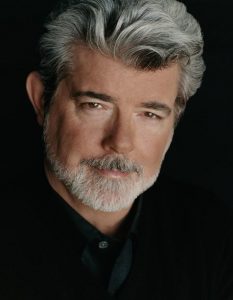 And again, I reiterate how much this resonates personally. As a student who through much of my academic life, including my collegiate education, was someone who was labelled “can do better” or “isn’t living up to potential” at almost every turn.

However, at the end of the day George Lucas is more than just Star Wars and Indiana Jones, he’s more than LucasFilm and Skywalker Sound and ILM. He’s an innovator, in fact he may be the innovator. “I can’t help feeling that George Lucas has never been fully appreciated by the industry for his remarkable innovations,” said director Peter Jackson. “He is the Thomas Edison of the modern film industry.”

And who am I to argue with Jackson? The man knows his way around trilogies and a film set!

Go and get this book. I cannot urge that enough. It is a piece of work and a story that all enterprising or creative individuals should read. I honestly cannot recommend George Lucas: A Life by Brian Jay Jones any more than I have. In fact, I’ve suggested it to friends before I even read half of it. Now that I’ve concluded reading it, I will continue to recommend it to friends and even acquaintances alike.

Read the Secret File of technical information and quotes from George Lucas: A Life by Brian Jay Jones.

A difference, to be a difference, must make a difference.
Even the greatest of whales is helpless in the middle of a desert.
Good clothes open many doors. Go Shopping.
More Fortunes >