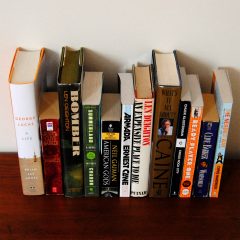 Believe it or not, the opening line of a book can truly shape the entire experience of reading it. Much like the opening scene to a movie, an author can choose to bring us straight into the action or build a slowly burning sense of purpose through their words.

With that in mind, I wanted to discuss the 12 best opening lines from books I’ve recently read, but I had a decision to make before I got started. I wasn’t sure what the criteria should be. Should it be the prologue, for those that have a prologue, or should it be the first line from chapter one because all of them had a chapter one?

I decided that I would let it be my discretion based on the strength of the words themselves.

And as for what makes a good first line, well, it needs to pull you in. That may seem like a cop out, however. After all, if you’re already reading the book, it isn’t like the first sentence is going to be horrible enough for you to close the book after just a few words.

So these may be more along the lines of memorable, but they are all great, so it works out. Trust me. 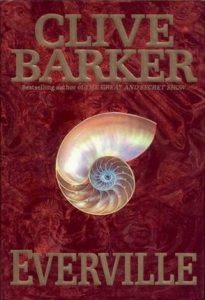 2. Everville by Clive Barker
“It was hope undid them.” (Chapter 1)

As openers go, Clive Barker takes the cake. It is so simple a sentence, yet profound as well. It’s almost like he started a poem and ended up with a novel.

3. Bomber by Len Deighton
“It was a bomber’s sky: dry air, wind enough to clear the smoke, cloud broken enough to recognize a few stars.” (Chapter 1)

Being all about a fictional bombing raid, well, this first line is perfection. “It was a bomber’s sky.” It sure was.

4. Summerland by Michael Chabon
“I did believe in fairies.” (Introduction)

The whole book Chabon wrote is lost if you don’t believe, so it only makes sense that he acknowledges fairies in his intro.

5. American Gods by Neil Gaiman
“This is a work of fiction, not a guidebook.” (Caveat, and Warning for Travelers)

This one is a personal favorite, because I like the idea that although it is a work of fiction, there are those who would attempt to see it as much more.

6. Armada by Ernest Cline
“I was staring out the classroom window and daydreaming of adventure when I spotted the flying saucer.” (Chapter 1)

Although, we’ve all been “daydreaming” in class at some point in our live, I don’t know that many of us have seen a flying saucer for real. At least I never saw one. 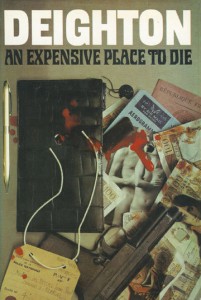 7. An Expensive Place to Die by Len Deighton
“The birds flew around for nothing but the hell of it.” (Chapter 1)

Honestly, with all the Deighton I’ve read in the last few years, I’ve come to take his background descriptions for granted, but this one is a personal favorite “for nothing but the hell of it.”

8. What’s It All About? by Michael Caine
“Well–what do you think of it so far?” (Foreward)
“I first started to act at the age of three.” (Chapter 1)

It was the first of two autobiographies that Michael Caine would write, but to ask the reader one line into the forward for their thoughts? That’s brilliant. But for an actor, the Chapter 1 opening line isn’t too bad either.

For what feels like a memoir of love to the rock and roll of a certain era, it’s slightly comedic and yet completely honest for Klosterman to start his book this way.

10. Ready Player One by Ernest Cline
“Everyone my age remembers where they were and what they were doing when they first heard about the contest.” (0000) [Basically the Prologue]

It’s probably the prologue, because it is labelled as 0000, but since the whole book hinges upon “the contest,” it only makes perfect sense.

11. Weaveworld by Clive Barker
“Nothing ever begins.” (Chapter 1)

Clive Barker knows how to tell a story. But to start a novel with “nothing ever begins,” that takes some brilliance the likes of which I hope to one day write with. 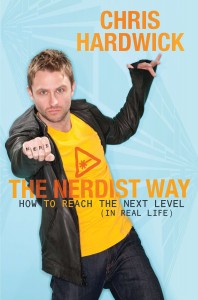 12. The Nerdist Way by Chris Hardwick
“Nerds.” (Introduction)
“You absolutely own your mind.” (Chapter 1)

I love Chris Hardwick. The first sentence in “The Nerdist Way” is “Nerds.” You can look it up, and it might be the best single word sentence I’ve read, especially in the context of the rest of the book. And being a “self-help” book that’s more of a conversation with a friend, the opening to Chapter 1 isn’t too shabby either.

Do I need a conclusion? Probably not. These opening lines speak for themselves, and if you haven’t read them all, there should be at least one book to peak your interest.

The best closing lines are a topic for another time, anyway.

Go forth and read!

Things are turning for the bright side.
Fame and fortune are coming your way.
Even a broken clock is right two times a day.
More Fortunes >