The Defenders have finally joined forces. No more is the tie that binds just a nurse named Claire. No more are the streets of New York City roamed by separate vigilantes. Now, at the very least these vigilantes know each other.

Daredevil, Jessica Jones, Luke Cage and Iron Fist will come together to take on the city’s biggest threat, at the moment, The Hand.

But, a word of advice to those who haven’t seen it yet. This isn’t like when the Avengers came together in their first film. For this eight episode mini series to work, you must have at least seen Daredevil season two. And just like Avengers you’ll get more out of it if you’ve seen everything that has come before it. 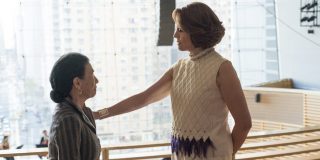 Alexandra and Madame Gao in The Defenders

Outside of The Kingpin from Daredevil season one and The Purple Man from Jessica Jones season one, this is a cross roads. This is where it all comes together.

Sigourney Weaver is brilliant as Alexandra, Wai Ching Ho is wonderful with her reprisal as Madame Gao and even Ramon Fernandez gives a more meaningful performance as Bakudo than he gave in Iron Fist.

You’ll also notice all the side characters from this world you’ve come to know and appreciate them as parts of a larger story; Foggy, Karen, Trish, and of course, the not so sided characters of Stick, Claire, and Elektra.

But don’t let all of that fool you, there are some new villains beyond Alexandra, to make this more of a dire situation for The Defenders. But I can’t say much more without spoilers, so let’s move on. 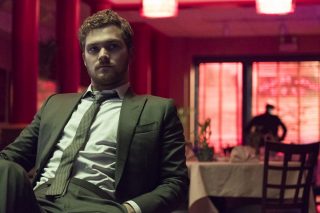 Danny Rand in The Defenders

Let me first address the largest elephant in the room. Danny Rand is not the weakest link. There really aren’t any weakest links. While I, for one, did like Iron Fist season one, many did not. And Danny Rand doesn’t suffer the same fate, in fact he may be one of the most developed characters over the eight episodes. This could be Finn Jones’ comfort level with the role, or just a better story, but either way the naysayers of Iron Fist should be lessened by his role in The Defenders.

Also, artistically this could arguably be the most beautifully shot film of the Marvel Netflix Universe we’ll ever see, possible of the entire Marvel Cinematic Universe. Early on, before our characters meet up, they’re all shot in the same color palate of their own respective shows. It’s not even subtle, you can’t help but see it.

Now there is a hallway scene. There was probably a mandate from the producers given what the fight choreographers had done in small places in the previous series, they had to continue the trend. And regardless of location the cameras are always moving. The use of moving cameras is extremely well done and gives you a better idea of the scenes you’re watching, more than just static action shots of the action movies and television shows of an era gone by. 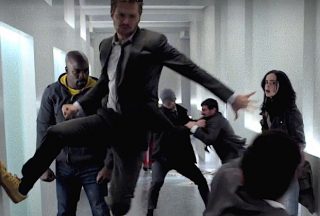 As for it only being eight episodes… It doesn’t suffer the same fate as some of the other Marvel Netflix series, which at times seem to stall out for an episode or two. With the fat trimmed, this series just moves fast and the hits keep coming.

Your moods signal a period of change.
Nothing in the world can take the place of persistence.
Today it’s okay to make a few choices by going with your instincts.
More Fortunes >