A Movie Review of The Hobbit: An Unexpected Journey | The Return to Middle Earth 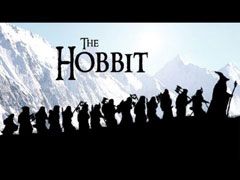 “In a hole in the ground there lived a hobbit.” These were the lines I was waiting for as I sat in the theater to see The Hobbit: An Unexpected Journey. They weren’t the first lines of the movie as I had hoped but Peter Jackson and his writing crew had more to accomplish than just telling the story of The Hobbit.

He had to weave us back through the Lord of the Rings, where he started our cinematic voyage through Middle Earth, back to the story that set it all into motion. And he did a wonderful job. The movie starts at the beginning of The Fellowship of the Ring, as Bilbo and Frodo prepare for Bilbo’s 113th birthday party and from there Jackson and his crew do a wonderful job taking us from there back in time to the Hobbit. And then the line I was waiting for came. “In a hole in the ground there lived a hobbit.” 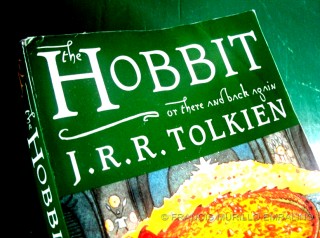 A worn copy of The Hobbit by JRR Tolkien

To be fair, I wouldn’t have walked out of the theater without that line, but it would have been a travesty not to include it. Travesty averted. Once the book as I know it was set into motion, I was happy with the results. I give the movie my blessing. This may not seem like much, but I was very much a purist when The Lord of the Rings first hit theaters.

These were books I had read and reread. Middle Earth was mine, it was for the nerds and we were happy to have it all to ourselves. So until, I relented some years after the first cinematic adventure had taken place that the movies were enjoyable and were meant more for the masses than they were for me, I was a fairly harsh critic, to say the least.

Now, over decade later, I’ve settled a bit in my criticism. So I openly went to the theater to see The Hobbit, with much less the critical eye than I did before. I sat there with my popcorn and was very content with the interweaving of more Middle Earth, than is just contained within the tomes of The Hobbit. Bits of back story taken from the Books of Unfinished Tales and The Silmarillion were woven in with such care that I didn’t mind much of the poetic license that was within the movie. 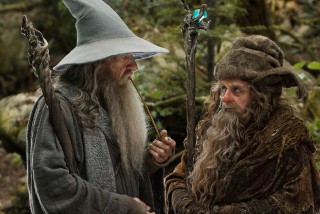 I still maintain that leaving Tom Bombadil out of the original Trilogy is very unsettling, but I think Jackson’s team has made up for it this time around, with the inclusion of Radagast and the back story following Gandalf, when he isn’t with the main party.

Riddles in the Dark, I expect to be more drawn out in the inevitable “extended editions” that will hit the market when the movie does come out in commerce. They covered most of the riddles, but not all of them.

One of the other things I noticed was the songs. There are a lot of them in the movie, one that would lead me to believe Jackson laments leaving some of the songs in Lord of the Rings out of those movies. 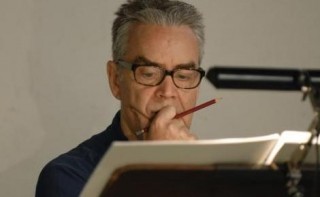 Howard Shore is back again to compose The Hobbit

Howard Shore is again the maestro behind the music. His return to Middle Earth is very welcomed by one who listens to the background music, such as I. He maintains themes in his music that he setup in the Lord of the Rings and it was of grave importance that this happens. Once The Hobbit’s three parts are complete, those musical themes will weave in and out of all six movies, should one decide to watch them all sequentially. Something I have every intention of doing.

Now, it is time to wait. Time to play with riddles. Time to figure out, when the next part ends and where the last part will begin. Those of us who have Middle Earth in our hearts, we know the stories, we know the ending, but we are all still curious as to how Mr. Jackson and his team broke this from the original two movies he planned, into a trilogy.

One more curious thing, crossed my mind during the credits, in which Guillermo del Toro’s name appears. The man bailed on the project when financial woes caused delays. But he is still given credit and why not? Had he not bailed we wouldn’t have Peter Jackson back at the helm of Middle Earth, where he belongs and just for that fact alone, I don’t mind seeing his name roll with the rest of the cast and crew.

Go out to the movies. Go see The Hobbit: An Unexpected Journey: Part 1. Because next year you won’t want to be left out, when we all go see Part 2.

A Movie Review of The Hobbit: The Desolation of Smaug | The Journey Continues… 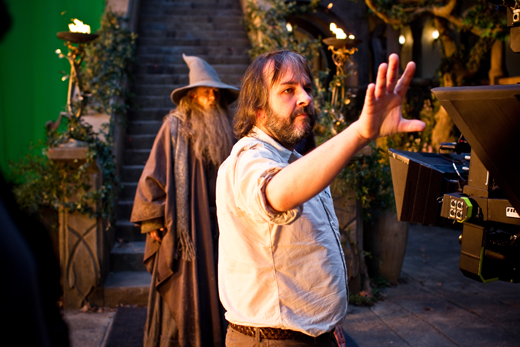 Read the Secret File of technical information and quotes from The Hobbit: An Unexpected Journey.

Whoever wants to reach a distant goal must take small steps.
Courtesy is the password to safety.
The path of life shall lead upwards for you.
More Fortunes >