Despite the time that has passed, the advances in technology and politics, Red Alert by Peter Bryant is still a chilling tale when it is viewed in its original text and not the satirical lens of the great Stanley Kubrick film, Dr. Strangelove or: How I Learned to Stop Worrying and Love the Bomb. 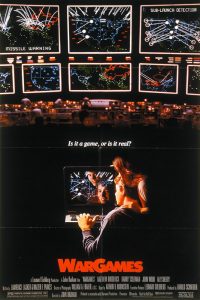 I have been a fan of the film since the first time I saw it, but this was the first time that I sought out the source material for myself. And though the Cold War is now history, it is not so ancient as to be forgotten. So the lessons of Red Alert, which are lessons that I now clearly see in a film like 1983’s WarGames, are still highly applicable as long as there remain bombs on this earth. As Keppler says to Quinten, “General, no system yet devised is proof against any and all human failings. SAC [SAC is Strategic Air Command] plans were as accident proof as they could reasonably be made.”

It is not a tale as old as time, but for certain generations it might as well be.

The setup for the book is taken care of in the forward:

In the commander’s office of the Senora, Texas Air Force Base, the red line telephone clamored loudly and imperatively. Major Howard stiffened as General Quinten reached for it, held the smooth red plastic to his ear, and listened for a few moments. His face was pale, his eyes haunted. He said, “Okay, I hear you. All right,” and reached out to replace the receiver.

The general’s hands were shaking badly and he had difficulty in getting the instrument back to its cradle. At once Howard knew that this was it. This time it was real. An attack on the United States was under way, and the bludgeon of massive retaliation was about to start its swing.

Quinten said quietly, “We’re in a shooting war. Get the word out to the boys. Put the base on Warning Red conditions.”

And that was the start of the most nightmarish two hours the world will ever know!

This story takes place the day after tomorrow.

The characters are realistic. Yes, realistic. The General who puts Wing Attack Plan R into motion believes what he is doing as right. And despite the knowledge that thankfully all of the bombs and missiles of the Cold War remained dormant, this book still makes it real and plausible in a way that makes it all the more scary, though it is in fact a work of fiction.

The story takes place in three main locations, at the SAC (Strategic Air Command) base in Senora, Texas, at the Pentagon, and in the strikes aboard the Alabama Angel, a B-52k Bomber. 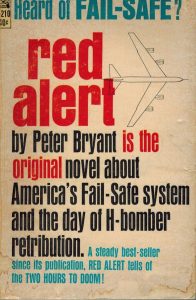 Each chapter (or entry) bounces from location to location taking place over the course of two terrifying hours, which is why in the forward it is referenced as “Two Hours to Doom.”

And as I read the book, I too felt a sense of dread in the suspense of this short novel. It’s not a long read by any measure, at just 197 pages, but it is compelling, gripping, and at times surreal.

Now, if you’re thinking to yourself, I’ve seen Dr. Strangelove, I’m good, you are completely wrong. This original is a beast with different stripes altogether. Because while Kubrick’s interpretation is well founded on the book, it is just not the same. I’m not speaking for how film adaptations are generally different to the books they’re based upon, but because Kubrick took a slightly humorous and cynical approach to the source material, the level of fear you have while watching the film isn’t nearly as high strung as the emotions you feel while reading the source material.

The thing is I really enjoy reading spy fiction, and as a genre, the best spy fiction usually takes place during the Cold War. Given that context, I believe this book has raised the stakes on anything I read or watch of Cold War Era media from here on out. As an example, if you’re dealing with spies, it is easy to focus on the micro, to the point of almost completely ignoring the macro. I don’t think I’ll be doing that ever again, or if I do, not for the next few books I read set during that Era.

My point is, this is an amazing book. It has all the elements and intrigue you would expect with an element of humanity that is not altogether standard within books written about this time period or within this genre.

I suggest you all go out and pick up a copy, digitally or otherwise, of Red Alert. It may not be the most fun book you’ll ever read, but it will be worth reading.

Read the Secret File of technical information and quotes from Red Alert.

You are interested in higher education, whether material or spiritual.
Even a broken clock is right two times a day.
The path of life shall lead upwards for you.
More Fortunes >