Into The Shadows is the first novel by Lieutenant Colonel Michael Brady. It’s fast, it’s current, and it’s grounded as a thriller introducing hero Michael Brennan to the world, while he attempts to save it from terrorists, globetrotting from Israel, Cyprus, Germany, Syria, Turkey, Jamaica, Cuba, and New York City with a diverse supporting cast.

There isn’t much of a chapter structure within the book, though there are breaks. It reads more like an unredacted dossier, with dates and the thoughts of his characters on both sides; the heroes and the terrorists.

The plot from the back cover, “Into The Shadows, The Fever is the story of Michael Brennan, a career CIA non-official cover (NOC) intelligence officer and his quest to identify and disrupt a plot crafted by the Islamic State terror group.”

People are always saying to write what you know… and with Brady’s first novel, it shows that Brady knows the intelligence community. In fact, what separates this book from others is the cooperation of multiple departments and authorities, as well as private contractors, and the amount of them reads like alphabet soup! 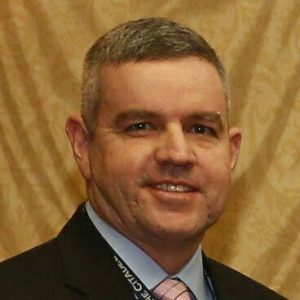 In this book, Brady drops some serious knowledge about the inner governmental and inner agency workings as to how those separate teams overlap and assist each other. And why not? Brady himself “has performed a wide variety of tactical and strategic intelligence functions including long-range surveillance, interrogation, intelligence analysis, collection management, emergency operations, and intelligence production” throughout his career.

It is the insights of the characters living the plot that set this book apart. Although, I believe many of these insights come directly from the author’s experience, giving them all the more credence in my opinion.

“In the few minutes he and Aaron spoke, the two men mostly conversed in pleasantries, expected of intelligence professionals when operating in open environments.”

“In the human intelligence collection business, sources are only as good as their reliability.”

“Even spies feel overwhelmed from data at times. Memorizing safe houses, contacts, frequencies, and emergency numbers was no easy task.”
“Michael thought to himself. This was useless information provided yet again by an intelligence analyst. Though he respected most analysts’ motivation and intellectual capacity, vague predictions such as this annoyed him. How could anyone act on such analysis or information?”

“While there, Dabria found Mert attractive, young and ambitious. She would exploit these traits in order to have an asset in the future. A true intelligence professional can never have enough trusted assets.”

“Twitter is the preferred open source media of any credible intelligence analyst whose work focuses on social and political trends.”

“Leslie began to red team, a technique taught to intelligence analysts. The method is simple in theory. The analyst will look at problems or courses of action through the eyes of his or her adversary. Unfortunately, analysts rarely practice the technique, often because they do not understand their enemy or learn to think like them. Sun Tzu would be disappointed.”

“Like any operation, no plan survives without the ability to exert flexibility.” 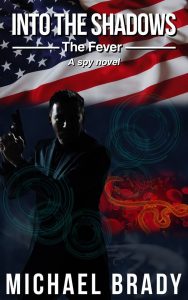 Into The Shadows Book Cover

Even out of context because I refuse to give away any spoilers, those sentiments seem culled from the real world. And perhaps, especially regarding “useless information”, those sentiments are a greater reflection of real life, than we would want from fiction.

As thrillers go it’s not a hard read, but it’s a fun read, which isn’t something I would normally say about a book about the clandestine arts focused on saving the world from terrorists.But it’s an easier way to explain what this book is.

You’ll enjoy the material, even when it gets serious at times, and you’ll probably have a hard time finding a place to stop. The story moves on, well over the speed limit, hardly stopping as it weaves in and out of the characters and developments moving towards its conclusion.

Check out Michael Brady on the Spybrary Podcast Episode 20.

Read the Secret File of technical information and quotes from Into The Shadows.

Look forward to great fortune and a new lease on life!
Courtesy is the password to safety.
The path of life shall lead upwards for you.
More Fortunes >