The nature of the business of espionage in Michael Brady’s new book Into the Shadows: Assassination Corps is like the businesses of laws and sausages… You want the results, but perhaps, you’d better not look at the mess that created them.

The plot isn’t simple at all, but it can be summed up simply by saying that the long-forgotten anarchist group known as the Assassination Corps, has been resurrected and seeks to topple the current Chinese government.

Beyond that, there is an alphabet soup of acronyms, similar to what you’ll find in almost any industry. There is also one assassination plot, two main spies; Michael Brennan and John Dearlove, two missile launches, three clandestine agencies; CIA, SIS (also known as MI6), and MSS (the Chinese Ministry of State Security), four governments; the United States, United Kingdom, China, and North Korea, plus a handful of assets and agents.

Into the Shadows The Fever by Michael Brady

Michael Brennan returns from Brady’s first book Into the Shadows: The Fever, but this time he works with British agent John Dearlove. The two have great chemistry and work well together, which isn’t necessarily a given.

There is action throughout, and not much downtime. As Michael Brennan gets dropped from a plane at the start of the book, so too does the reader get dropped right into the plot. It just takes off leaving little downtime to think, making you read on as fast as the story flashes by and the instinct to turn the page is had by the reader, just as the characters often rely on their instinct against the intrigue and danger facing them.

But this isn’t a Bond knockoff. There’s more than enough mess, and not quite the polish of the convenient plot devices that so often assist our silver-screened agents in their apprehension of the bad guys.

There’s double-crossing, distrust, and to top it off a diabolical plot to overthrow the Chinese government, which could destabilize the region and perhaps lead the world down the path to war.

The realism of the politics involved in espionage is acknowledged well. Oliver Tanner, an analyst who briefs the President of the United States, plays a part in meetings that take place, as well as an ethical dilemma or two. In the meantime, Brennan and Dearborn are in the field trying to uncover the truth and follow the paths as the clues lead them into parts of the far east and Korean peninsula that doesn’t exactly leave them inconspicuous. 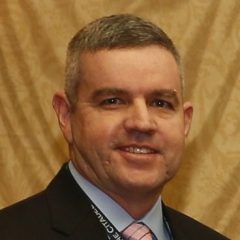 “You know how Washington and London feel about joint operations, Michael. It makes the politicians feel better.” And that statement should be in bold, as both CIA and SIS have vastly different approaches when it comes to their agents, assets, and intelligence, even when they are on the same side.

Overall, it’s everything above and more that gel into a fast-paced read of a book you won’t want to put down. The intersection of politics and espionage that exists within these pages feels real, and I’m sure that isn’t by accident.

This isn’t the espionage of yesterday, it’s the espionage of today and tomorrow. It doesn’t let you rest and just keeps coming at you. And all of it without a Walther PPK or Martini. This is gritty, get your hands dirty espionage, closer to the real thing than you might ever want to experience for yourself. But you don’t have to actually pull a trigger or dive out of the way from a stream of bullets… All you have to do is pick up Into the Shadows: Assassination Corps and turn the page.

Read the Secret File of technical information and quotes from Into the Shadows: Assassination Corps by Michael Brady.

To let another into your heart, first let yourself in.
Things are turning for the bright side.
Even the greatest of whales is helpless in the middle of a desert.
More Fortunes >