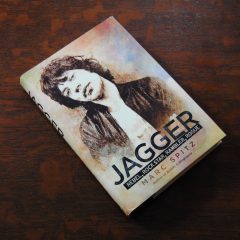 Taking the myths and legends of Jagger from the Zeitgeist and what I know of him as a fan of his band, I completed my reading with a little more insight into the man and yet it still doesn’t seem to paint the entire picture of Jagger.

It’s more anecdotal than the various behind the music type documentaries done on the Rolling Stones, and it does heavily feature Jagger, but as an unauthorized biography of a man who is much more myth and legend than human, it’s only in those anecdotes that we capture glimpses of the man.

Keith Richards has been known to call Mick “a lovely bunch of guys.” Spitz doesn’t capture them all, but he does capture the spirit of the sentiment.

Don’t get me wrong, Jagger is an enigma who’s hard to truly capture without firsthand knowledge. It just seems like Spitz captured what he could, like a fan watching a race with a camera, there’s only so many shots you can capture with the subjects in focus.

And in that, the former part of the book reads like a Rolling Stones biography focusing on the lead singer, while the latter parts focus on not Mick the lead singer and rock and roller, but Mick the celebrity turned Knight. 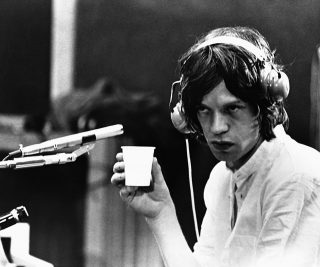 The time period from which Jagger has emerged is as much a part of the story as those who are around him. As for the 60’s, “‘All good people deplore problems at a distance,’ one reporter laments.” But for Jagger and his celebrity, it was different.

“There was no way, beyond continuing to write and record music, that he could make a difference. An immediate, direct participation, no matter how expected of him, was ultimately impossible. He’d discovered this in an honest and commendable way, by actually trying and failing to fight.”

But Jagger’s fought the good fight and he’s done it with an effort that started with the Stones first manager Andrew Loog Oldham, and it’s something in focusing on youth that Jagger continues to do. “‘We realized right from the beginning that we were making our appeal to young people,’ he told N.M.E. at the time, ‘and by making a concentrated effort towards freedom on their behalf we would upset those we neglected. We chose the young instead of the old, that’s all. The Stones are still the social outcasts, the rebels. We worked on the principle that if you are going to kick conformity in the teeth, you may as well use both feet.’”

Yet despite Jagger being the focus and the title of the book, you can’t talk about Mick without mentioning Keith and even here he steals the spotlight with some very great quotes and stories. The most shining example being in response to Mick and Keith’s incarceration, “When the prosecutor asked Richards, ‘Would you agree in the ordinary course of events, you would expect a young woman to be embarrassed if she had nothing on but a rug in the presence of eight men, two of who were hangers-on and the third a Moroccan servant?’ Richards replied, ‘Not at all,’ adding when pushed, ‘We are not old men. We are not worried about petty morals.’” 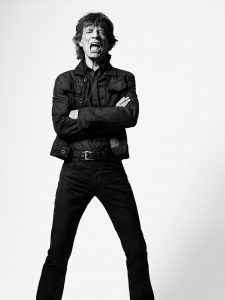 And of the love interest that ran through the three Stones, Brian Jones, Mick, and for a long time Keith, Anita Pallenberg, Spitz writes, “Pallenberg was like the conch shell in William Golding’s 1954 allegorical novel, Lord of the Flies. If the Stones were the marooned British schoolboys, trying to establish some kind of order in their strange world of drugs, celebrity, and oppression, she provided some kind of system to combat “the Beast” in the forest. To hold her was to have the floor. If you couldn’t keep the floor, then mutiny was inevitable.”

But of all the Jagger myths and legends, the truth that he is a rock and roller at heart is captured in his philosophy on touring. “If we go out on tour, we gotta do a record,” Mick has said. “It shows you are an actual functioning rock band. I don’t want to be one of those bands that does hits. People say, ‘I much prefer to hear “Brown Sugar” than some new song.’ Well, I don’t give a shit what you prefer.” 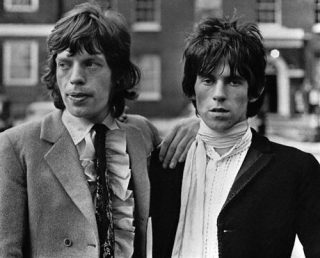 “Mick is and will likely remain our most consistently misunderstood rock and roller, and I’m not sure if it isn’t so by design. As long as we don’t really get him, he is free to surprise…” And surprise us he does.

The book itself is a great read, one that is hard to put down. With only the parts of Mick Jagger that he is willing to share with the press, most (if not all) readers will be left with many more questions about the man himself as the words debunk certain myths, illuminate the creation of the band that made him famous, describes the many relationships and love interests, and finishes on his celebrity and eventual knighthood.

While I may have more questions that will go unanswered, it’s his answer to a question about a rocker being happily married (for a time) that could apply to much more than just the question asked, as “Mick gleefully quipped, ‘Everyone’s life is contradictory, innit?’”

Read the Secret File of technical information and quotes from Jagger by Marc Spitz.

Courtesy is the password to safety.
You are interested in higher education, whether material or spiritual.
Good clothes open many doors. Go Shopping.
More Fortunes >