Shampoo Planet by Douglas Coupland is another book which moves him up the list of my favorite authors. Not quite a direct follow up to Generation X, and not quite a bridge to Microserfs, but it also kind of is.

Tyler, the main character and narrator of this story, and his life is written in a similar tone to Andy from Generation X and Dan from Microserfs. Between storytelling and dialogue with other characters, we are given glimpses into his internal monologue. But more to the point, because of this vantage point we are given a glimpse into small-town life in the early Nineties. 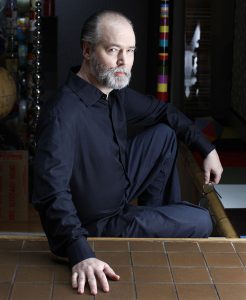 Tyler’s adventures throughout this book start with his returning from a trip abroad in Europe, followed by some small town living, an epic road trip, and transition period, before coming to its ultimate conclusion.

The cast of characters includes Tyler’s divorced mom Jasmine (a hippy “earth mother” from the sixties), his girlfriend Anna-Louise, his Eurotrip fling Stephanie, his sister Daisy, his brother Mark, and his friends.

His relationship with his mother is as the book’s back cover describes a “rich and dazzling point where two worlds collide–those of the 1960s parents and their 1990s offspring.”

Along the way, we learn about his friends, his relationships, his dreams, his fears, and his unique propensities. All of this is similar to Generation X and is generational to Gen Xers, which filtered down into the elder millennials (also known as the in-between generation or the Oregon Trail Generation, depending on where you look.)

Style, not limited to but in this book focusing on hair, malls, and those big conversations that every younger generation has which they believe are theirs alone, are all encapsulated beautifully in the prose of the book’s dialogue and Tyler’s internal monologue.

Tyler’s plan is to escape. “Me? I’ll escape. I know that. I have a plan. I have a brother and sister. I have a good car and a wide assortment of excellent hair-care products. I know what I want from life; I have ambition.” 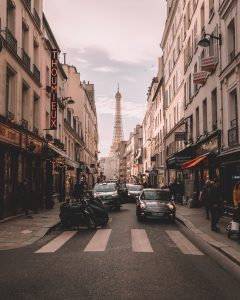 The six months that this book traverse sees exponential character growth in a period of rapid personal change for Tyler, of which the book states “In periods of rapid personal change, we pass through life as though we are spellcast. We speak in sentences that end before finishing. We sleep heavily because we need to ask so many questions as we dream alone. We bump into others and feel bashful at recognizing souls so similar to ourselves.”

And I can’t argue that point. From a once ritual European trek (do people still do that to find themselves and sow wild oats?) to his plans, and their constant doubt, this book has one constant beyond Tyler’s narrative and that is relationships.

The relationships one has with the exterior world and the one we have in the interior world. These come to a sort of combination when Tyler begins to write “tragic character flaws” on small denominations of dollar bills. These are internalized tragedies he has for the people around him. And these enlighten us, beyond what we know of the people surrounding him. Examples include:

These little tidbits, though not directly character identified are more than insights into the people surrounding Tyler, they are insights into all of us. Of the 12 examples I have chosen, more than half could be applicable to any of us at any given time. And that’s what Coupland is so great at conveying. 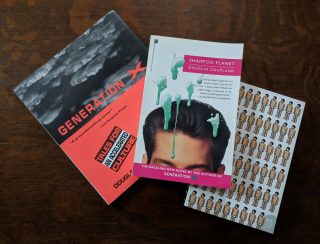 He can distill Generation X down to its essence as he did in Generation X and as he will do in Microserfs. And in the end, he asks the big questions we have to face for ourselves at some point in our lives regardless of the generation we are a part of.

“What secrets have I traded these past months for other secrets? What sweetness for corruption? Light for darkness? Lies for truth? Curiosities satisfied in return for anxieties?“

Coupland’s prose can be an acquired taste to those who are not of a certain age, for they may or may not have a recollection of when malls were king and getting your own phone line was the freedom that now equates to having a cellphone. Yet it’s all still so relatable, even as I have aged beyond the characters in his early novels.

And in these books, as I have mentioned more than once, Coupland’s characters are having the conversations that are always ongoing inside of all of us, and for that, it’s worth your time to sit down in a comfortable place, with a cup of tea or coffee, and dig in to these books.

I do suggest you read Generation X, then Shampoo Planet, and then Microserfs, in that order because there is a progression there that is palpable. But they also all stand on their own in a wonderful menagerie of youth culture, youth ignorance, and youthful exuberance.

Read the Secret File of technical information and quotes from Shampoo Planet.

Sharing little joys offer great hope to others.
To let another into your heart, first let yourself in.
Fame and fortune are coming your way.
More Fortunes >