Without question, the second season of Marvel’s Iron Fist on Netflix is one of the best that the two companies have put out.

It could be that it doesn’t suffer any mid-season lull because it is only 10 episodes instead of the full 13 that every other Marvel series has on Netflix save for The Defenders which had only 8, but I believe it’s something more.

This time around, it has to do with writing and plot development. For the first time in the short history of these shows, the audience is not ahead of the story. All of the factions are introduced and put in play, but we don’t get to understand the motives as we watch. We learn about them as the plot progresses and the story unfolds. 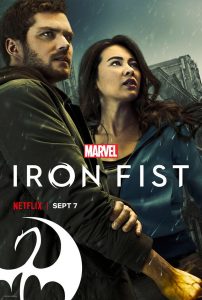 As we watch the Immortal Iron Fist Danny Rand, Colleen Wing, Ward Meachum, Joy Meachum, Mary Walker, and Davos intersect their plotlines, we also don’t get insight any further than is being told to the characters we are watching as they experience it.

This is unusual, or as Misty Knight says, “sometimes, a little weird can go a long way.” As in prior series in the Marvel Netflix Universe, we are given the motives and “goals” of each of the characters before the other characters know what is going on. This makes for a more compelling binge and it also means that there’s a lot to digest in just 10 episodes.

The events take place shortly after those of Luke Cage’s second season, and Misty Knight is now the connecting character where once Claire Temple filled that role.

Yet, for as much as I enjoyed this season, and I was one of the few that enjoyed Iron Fist’s first season, I believe that there are those out there who would say it is also “less than” most of the other series. I didn’t read much of Iron Fist within the comics, but this version which was interesting in its first season introduction is now all the more compelling because of a truncated season and the great writing and storytelling it contains.

There doesn’t seem to be one fight alone that stands out, as we all think back fondly on that first hallway fight scene from the first Daredevil season, but the fighting in season two is elevated beyond what we saw in season one. 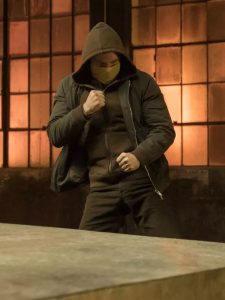 The story is also assisted by not being the lead in for another series, as I am one that can see how Iron Fist’s first season was hampered in the scope of its plot by leading into The Defenders. This does not suffer the same fate. As I said earlier, it is set directly after Luke Cage season two and it will be followed by Daredevil season three, which means it was allowed to stand on its own and shine like the Immortal Iron Fist does. “The Iron Fist must remain above all others.”

This does not mean it isn’t all connected, because it certainly is, but Iron Fist season two is also allowed to shine on its own merits in its own time and place. It is well worth your time, so I urge you to please press play!

“With practice comes mastery. With mastery comes knowledge. With knowledge comes strength.” In that regard, Netflix and Marvel have the mastery, knowledge, and strength to put out quality shows such as this.

Even the greatest of whales is helpless in the middle of a desert.
A difference, to be a difference, must make a difference.
To let another into your heart, first let yourself in.
More Fortunes >