A Book Review of Deep Undercover by Jack Barsky 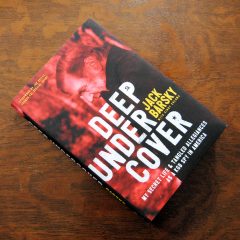 In truth, the most direct and apt description of the book is contained in the afterword, written by the CIA agent who brought him in, Joe Reilly.

“This book takes you through many adventures and reveals much about the world of the Cold War. But the most interesting parts are about the man himself. Flawed though he is, and scarred by many of life’s cuts, he soldiers on without complaint, trying to be responsible, trying to do the right thing. It is a great irony, but nonetheless true, that our country could use more people like Jack Barsky.”

And Joe isn’t wrong, though it is the adventures and reveals themselves that actually accentuate Barsky the man. It is his character both in reflection and storytelling that is the most intriguing part of this story that keeps you, like good fiction, turning the page to find out what happens.

When he was recruited as Albrecht, he was a young academic superstar on the eastern side of the Berlin Wall, indoctrinated to take Communism as the ultimate form of government while viewing the West and the Capitalism of America as the one true enemy. 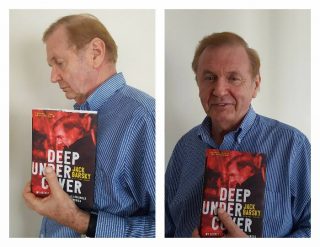 Jack Barsky with his copy of Deep Undercover

However, as the life and story of Jack Barsky come to pass through the pages of this wonderful narrative, it is not shocking to discover that he eventually wanted to defect with a clean break from his masters and fully and permanently immerse himself within his cover identity. But it is the way in which the story unfolds that is worthy of cinema level spy fiction intrigue.

Barsky suspects at one time it was noted in a report by one of his handlers that “I was honest to the bone and that I had a weakness for the fairer sex.” This, in fact, turns out to be extremely true and is responsible for some of the compelling nature of the story.

The other part of this book that is worth mentioning is the brilliance of this man. In his recollections and his hindsight, he gives us a behind the scenes look at the career of a spy and the insight into the mindfulness of his own knowledge, and skills that allowed him to become a successful asset and also successfully beat the system to cut ties with his former masters.

Of spycraft, some interesting tidbits are…

And while the CIA eventually caught up with him, it was almost a full nine years since he extricated himself from his role as a spy and just became who we said he was, the American born Jack Barsky.

If you are interested in spies and spycraft, the Cold War, or just a good read, this book is for you. It has some lighter moments as he is willing to poke fun at some of the mishaps that he encountered, but for the most part, this is a serious straightforward telling of his story. 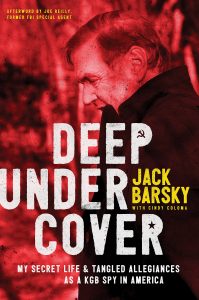 One of the lighter moments is worth sharing here:
“You’re going to become the kind of person that all the girls dream about.” He sighed, but there was a mischievous gleam in his eye.
“What are you talking about?”
“I was at a movie the other day, a spy movie, and I overheard two girls who were seated behind me. One of them said, ‘I wish I could meet a guy like that.’”
This made me laugh, It was true that I was about to be launched as an actual spy–and the aura of that could not be denied. However, undercover meant I couldn’t reveal my status to anyone.
“Well, if I follow the rules, which of course I will, I don’t see how going undercover will benefit me in the same way it benefits James Bond.”
We both laughed at this reality.

Not many KGB agents survived defection, and in that way, Barsky is one of the lucky ones, but we are all the luckier that he was able to put it down onto the page and share his story with us.

Lastly, I owe a hat tip to Shane of the Spybrary Podcast for not only suggesting this book but for interviewing Jack Barsky himself which was the reason that I picked up this book in the first place. If you would like to listen to that interview as a precursor to reading the book or if I have not convinced you to pick up the book on the merits of this review, perhaps listening to that episode will encourage you to pick up Deep Undercover as it did for me.

Read the Secret File of technical information and quotes from Deep Undercover.

Fame and fortune are coming your way.
Your moods signal a period of change.
Things are turning for the bright side.
More Fortunes >