Beastie Boys Book is Simply Titled but Truly Their Story 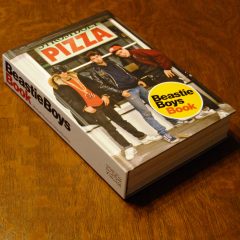 There is something more authentic and honest about this book than most biographies or autobiographies. Perhaps it’s the fact that this book is a collection of essays, stories, pictures, lists, images, and other ephemera created by Mike Diamond (Mike D), Adam Horovitz (Ad Rock), and their friends, assembled together in chronological order.

The book is about mayhem and music, fashion and food, chaos and creativity, and most importantly friendship and family. Straight outta the gate Ad Rock acknowledges “it sucks that this book about us and our band isn’t coming from all three of our perspectives, but me+Mike will do our best to let you know what happened.” And they do.

Fame, celebrity, and the inspiration, equipment, and processes that got them to the top and kept them relevant.

This book is unlike any other book about a band you have ever read, which kind of makes it quintessentially Beastie Boys. The photos are abundant, the words are well written, the graphic novel chapter is perfection, and the Roy Choi Cookbook chapter will make your mouth water, but it is the fact that it is all of those things, plus pictures of setlists or handwritten lyric sheets, and then there’s the thing that makes this so much fun to read, the comments. 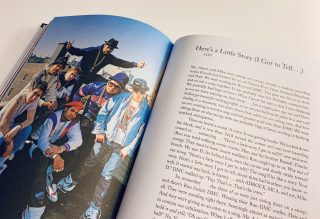 Yes, Ad-Rock and Mike D, and a few others add annotations to the essays, but sometimes they’re arguing with each other’s main points or details of the main story from that essay or they’re literally just commenting. It’s basically a free for all, and while it doesn’t happen enough to become overdone, I wouldn’t have been opposed to seeing more of it.

Above all, it is the definitive Beastie Boys story. It starts with the punk-rock hardcore days and describes the transition to the Beastie Boys of Licensed to Ill and continues on personally and professionally with every album and plenty of tour stories. As Mike D describes it; “Overnight, we went from being New York famous–maybe the best kind of famous you can be, actually–to being national MTV star-type famous.”

But there’s also cultural history as well; a Black Flag concert at the Peppermint Lounge where in attendance were Beastie Boys, Sonic Youth, Rick Rubin, and Henry Rollins to name a few. Early life lessons such as “How are we gonna get enough money to get French fries and gravy from the 2nd Avenue Deli?” And there are also the cultural associations that they have within their story.

Guns ‘N Roses filming the music video for “Patience” in a studio next to where they were recording, Jason Lee before he was an actor doing kickflips on the skate ramp that was part of their G-Son Studios, and that’s just a couple of them. There’s a reason this book is 590 pages long. 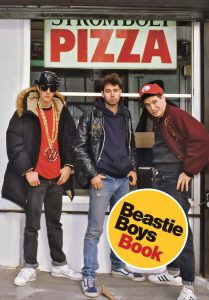 They talk about and describe New York and Los Angeles, because they spent substantial time in both places, but New York stands out as a central character in their story and they have a reverence for their history.

Beastie Boys Book is simply titled, and simply stated as their story, but just like one of their albums, it is much more complex. It is a collection of their talent, their friends, and their colleagues. It contains within it their heart, their history, their knowledge, and their inspiration.

These are in fact, older and wiser Beastie Boys writing this, but that doesn’t mean they have “grown up.” There’s still a great deal of fun to be had, and while we can’t actually have it with them, this book is great fun because of them, and for me, that’s enough.

Read the Secret File of technical information and quotes from Beastie Boys Book.

Look forward to great fortune and a new lease on life!
Even a broken clock is right two times a day.
To let another into your heart, first let yourself in.
More Fortunes >