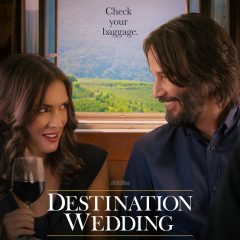 It stars Winona Ryder and Keanu Reeves who are both fantastic, but it’s the script that speaks to me in the most incredible way.

But isn’t Destination Wedding a romantic comedy? Not as such, no… But to me it would seem the perfect date film for showing compatibility. What I mean is that the questions that arise within the distinguished dialogue from two amazing actors allow for some immensely intriguing discussion.

What are those questions? Well, first off, not all of them are interrogative statements, some of them are just flat statements, but they are all thought provoking. And while some of these are answered by the characters themselves that doesn’t mean any of these answers are correct or incorrect. There are not any definitive right or wrongs with these. 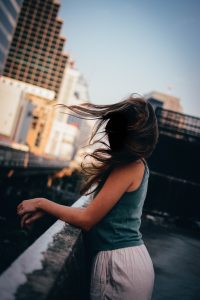 Lindsay: How can we be allowed to feel so much for people who don’t feel anything for us?
This is one of those questions most of us ask ourselves each and every day once we fall in love that first time, unless of course you were in the lucky minority for that first love to be requited.

Lindsay: Love has nothing to do with like.
The reality of this statement is staggering and while it isn’t necessarily related to the previous quote, the number of bad relationships that you may know of or that are portrayed in the media proves this out.

Frank: How many times in life have you been in love?
This is a valid question to ask, perhaps much more valid than some other “numbers” questions that can be asked.

Frank: When did crutches get a bad name? When you have a broken leg you need a crutch. In fact, it would be stupid not to have a crutch.
You can not argue with Frank’s logic. I mean, you can, by all means try, but in this argument logic wins.

Lindsay: I’ve been pretty sure for a very long time that life is essentially a horrible experience…
I explained earlier that this film is about narcissism, but pessimism makes a few appearances in the film as well.

Frank: There’s nothing beautiful or transcendent about being human.
This one is arguable. But remember, I suggested you watch this with someone, so if you don’t know what kind of a person they are, you’ll get to half-full or half-empty real quick from discussing this line. 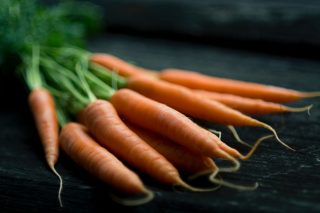 Lindsay: Why do we live?
Save some time for this one… It’s not an easy question and is perhaps one that might be better saved for another time.

Lindsay: Don’t you want to secretly have a romantic life that confirms your hopes instead of your cynicism?
This is a dangerous question because some people just want confirmation period, even if it is their cynicism and not their hopes.

Frank: How much shit has to fall on your head before you start wearing a hat?
Realistically, the answer is very different than theoretically. And you have to ask why that is… In this question Frank is definitely on to something.

Lindsay: You can’t die from jumping out of a basement window.
The discussion regarding this statement could very easily devolve into a discussion about the lowering of bars across many spectrums. Be prepared.

Frank: I’d rather be strong and ruined than weak and ruined.
Lindsay: I’m not weak. I just have hope.
Frank: That’s the same thing.
Are weakness and hope the same thing? 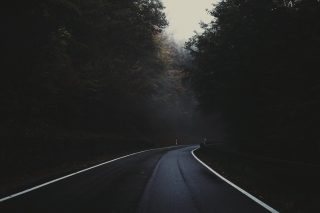 These are just some of the stepping off points from this film. Watch it with someone and learn. Who they are, what are their dreams, their fears, their loves, trials, tribulations, and philosophies. Or perhaps you don’t want to know these things, in which case, good luck.

Read the Secret File of technical information and quotes from Destination Wedding.

Good clothes open many doors. Go Shopping.
You are interested in higher education, whether material or spiritual.
Nothing in the world can take the place of persistence.
More Fortunes >