Digging into Television History for the Top 10 TV Hosts 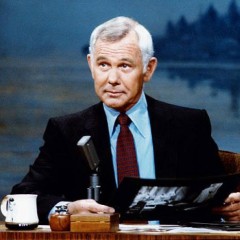 As long as there has been television, there have been hosts that we welcome into our homes. Here I have compiled the Top 10 TV Hosts.

Agree or argue, these are some talented individuals, both on and off the screen.

We’ll start out with an honorable mention at number 11 for Alec Baldwin, Steve Martin, John Goodman and Buck Henry who have all hosted Saturday Night Live at least 10 times! You don’t have to be great, you have to be relevant and memorable and these four guys are both.

10. Conan O’Brien – I’ll admit that the new show on TBS isn’t quite up to par with what his show was, but back in the day, before all the Late Night drama when he was simply the host of “Late Night with Conan O’Brien,” he was a comedic force to be reckoned with.

9. Carol Burnett – She was and is the Queen of Television Comedy and, as is fit for the queen, is the only female to make the list. She was in control (sometimes) of a very talented group of people, the likes of which are not seen on television today.

8. Craig Ferguson – The Scottish-born host of “The Late Late Show” who came into American Television fame on “The Drew Carey Show.” He replace Craig Kilborn, who, in my opinion, should never have left SportsCenter. Ferguson mixes the old school with the new school and then gives it his own little flavor. He has an amazing theme song and he breaks the fourth wall really well.

7. Jon Stewart – Host of “The Daily Show” and THE Face of News Comedy (and the second man on the list to have replaced Kilborn.) Stewart has turned his show into a viable news option. Whether or not that is a good thing is for another day. He’s made the news fun and laughable, which at times isn’t easy. Let’s also not forget that he’s launched the careers of some of his correspondents. It’s never a bad thing to have those around you succeed as well.

6. Ken Ober – The host of one of the best, long forgotten game shows ever, “Remote Control.” This was when MTV was still 95 percent music television. The show also had some great talent, like Colin Quinn, Adam Sandler, and Denis Leary. Yet, Ken managed to control it all most of the time, which was part of the fun.

5. David Letterman – This is my list, and I much prefer the dulcet tones of Letterman to Leno. Letterman just seems cool. He isn’t overwhelmed by the moment, and his “Top 10” are usually instant fodder for the next day’s water cooler.

4. Dean Martin – The charisma of Dean in the presence of such talent is amazing. He can act, he can be comedic, and he can sing with the best of them (and on his show, they were the best). This is a time long gone that will never return, but it still holds up the test of time.

3. Dick Cavett – Host of “The Dick Cavett Show,” naturally, I really enjoyed Cavett’s interview skills above almost all the other television hosts, save for who’s next. He and #2  could really get the best out of his guests.

2. Johnny Carson – The King of Late Night! Any list of TV hosts without Carson is just garbage. He reinvented the late night genre into what we enjoy today, and making it on his show was a rite of passage for show biz stars. He launched too many careers to list.

That’s the list. Agree or disagree, they’re all really talented!

Things are turning for the bright side.
Nothing in the world can take the place of persistence.
Even a broken clock is right two times a day.
More Fortunes >