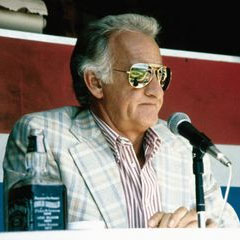 In the annals of baseball history there are great players and teams. There are championships, records, amazing plays and dramatic innings. But the guys that bring them to life with their voice, through our televisions and radios are just as important. This is the beginning of my top 10 great voices of baseball list.

In the interest of full disclosure, I am a fan of the Baltimore Orioles but that doesn’t define my baseball fandom. I am a fan of the game. As such, I have been known to watch and/or listen to a baseball game whether or not the Orioles are one of the teams. This allows me a better vantage point to judge the greatest voices in baseball.

Starting just outside the top 10 are two runners up. I feel it best that they be tied for the position.

Joe Castiglione, Boston Red Sox and John Sterling, New York Yankees. Although, my favorite team does battle with these two teams often in the AL East, I have to admit they are great announcers. Sterling is always willing to attempt to explain the strategy of the game and Castiglione just has a baseball voice. His call of the final play of the 2004 World Series is the one everyone remembers. 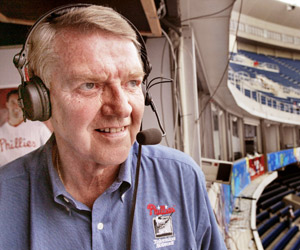 10. Thom Brennaman, Cincinnati Reds. Honestly, this guy called one of the greatest football games ever, the 2007 Fiesta Bowl, but he was also on the Bartman call in 2003. I really do think he has a voice for sports, but I enjoy his baseball commentary as well. He currently calls Reds games with his father Marty.

9. Harry Kalas, Philadelphia Phillies. The late Mr. Kalas was the voice of the Phillies, as well as, NFL films. Although his rendition of “High Hopes” was a fan favorite, I’m sure they’re much happier knowing he was able to call the 2008 Phillies Championship season before his passing. Seriously, I can only imagine that there are fans in Houston wondering what would have been, if he had remained the voice of the Astros, he did call the first game in the Astrodome. 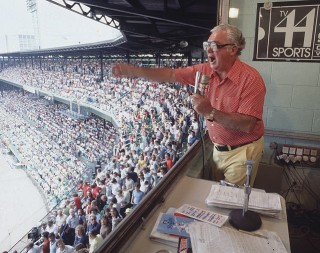 8. Harry Caray, Chicago Cubs. He was an original. Harry’s calls are still echoing through Wrigley Field and they always will. He is imitated but never replicated and his rendition of “Take Me Out to the Ballgame” is one of the best. “Let’s get some runs!”

7. Jon Miller, San Francisco Giants. Yes, I’m partial to Jon Miller because he was the voice of the Orioles when I was growing up. The man has seen some highs and some lows. He was in Baltimore for the worst start to a season by any Major League team, called Eddie Murray’s 500th HR, was the Master of Ceremonies for Cal Ripken’s Ironman celebrations and then moved on to the San Francisco Giants where he has called a few championships. I can say, we do miss him as the voice of the Orioles. 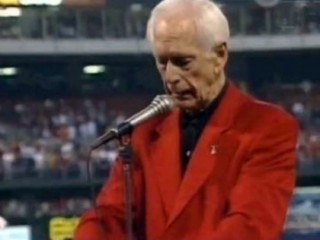 6. Jack Buck, St. Louis Cardinals. Jon Miller may have called some history, but Jack Buck has called a lot more. Ozzie Smith’s home run “Go crazy folks!,” “I don’t believe what I just saw” as Kirk Gibson hit his famous home run in the 1988 World Series, and Kirby Puckett’s 1996 Game 6 Home Run in the World Series, just to name a few. Jack has made some of the most famous calls in the history of baseball. He also wrote a  moving poem in response to 9/11, which was simply beautiful.

5. Red Barber, Brooklyn Dodgers and New York Yankees. “The Ol’ Redhead” is baseball history. “Can of corn,” “Going, going, it is GONE” and “Oh, Doctor” are just a few of his calls you can still hear today. He called Roger Maris’ 61st home run. Oh, and by the way, he was a mentor to Vin Scully, that counts for a lot on this list. 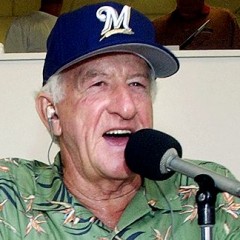 4.Bob Uecker, Milwaukee Brewers. “Mr. Baseball” as named by Johnny Carson and who could blame him. Uecker was Harry Doyle in Major League and his real broadcasting is just as colorful as what he put on the silver screen. The catchphrases of “Get up, get out of here, and gone” and “juust a bit outside” are his and his alone. Additionally, as a player the man did hit a home run off of Sandy Koufax, that’s not why he’s here, but it’s interesting. He joked that his home run would keep Koufax out of the Hall of Fame, it didn’t.

That’s the list thus far. To be continued in Part Two of the Top 10 Great Voices in Baseball.

Sharing little joys offer great hope to others.
You are interested in higher education, whether material or spiritual.
A difference, to be a difference, must make a difference.
More Fortunes >