One of Amazon Prime’s newest originals is Undone, a series with beautiful characters, stylish animation and a compelling plot all wrapped up in 8 half-hour episodes for your binging pleasure.

Amazon describes Undone as “a half-hour, genre-bending, animated dramedy,” which is entirely true. It is a show that “explores the elastic nature of reality through its central character, Alma, a twenty-eight-year-old living in San Antonio, Texas. After getting into a car accident and nearly dying, Alma finds she has a new relationship to time. She develops this new ability in order to find out the truth about her father’s death.”

Alma Winograd-Diaz is portrayed on screen by Rosa Salazar, who most recently starred in the motion picture adaptation of Alita: Battle Angel. Alma is not only a complex character she would be considered chaotic good in her D&D alignment because she is genuinely a good person, but doesn’t always follow the rules. 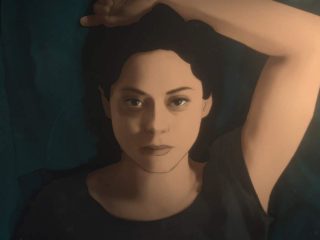 Alma is supported on screen by her sister Becca (Angelique Cabral) who is preparing for a major life milestone, her mother Camila (Constance Marie) who is always expecting more from her oldest daughter.

There’s also Alma’s boyfriend Sam played by Siddharth Dhananjay and Alma’s boss at her day job in childcare Tunde played by Daveed Diggs of Hamilton fame.. All of these relationships are pronounced fairly obviously and change throughout the course of 8 episodes, which is impressive.

But by far the most important relationship is the one Alma has with her deceased father, Jacob Winograd, played wonderfully by Bob Odenkirk, whom she can communicate with after the near-fatal car accident.

The plot is compelling because not only do we learn and watch the relationships of the characters change, but our understanding of the world that these characters inhabit continues to ebb and flow through the episodes.

I don’t want to give much more away, but before I talk about the style of the series, I need to talk about Odenkirk’s portrayal of Jacob, Alma’s Dad, and his knowledge and understanding of explanation for the sake of educating Alma and explanation for audience education. It’s a fine line that Odenkirk deftly walks during the entire series. 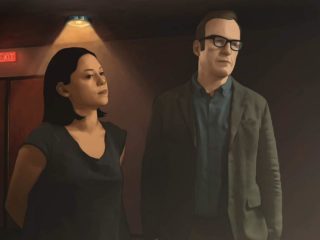 Now, the style. The rotoscoped beauty of Undone is simply superb. For those who are not familiar rotoscoping is a technique for animating on top of the film, and it’s been around for over a century.

Lately, though, it hasn’t been getting used much, but for Undone it fits perfectly. In fact, according to some of the overlaid General Trivia from Amazon Prime “, the rotoscoping process used on “Undone” was incredibly detailed-to the point the animators were counting and drawing over individual eyelashes.” That level of detail is just the tip of the iceberg for how Undone got its style.

“Because of the intricate rotoscoping and animation process, the productions teams of Undone could only animate up to three minutes of footage per week. The entire series took close to a year to complete.” Which means that if there is a Season Two, it won’t be out next week!

“About fifty thousand hours of individual rotoscoping work went into completing the character animation for series” and the series “contains roughly 130,000 frames of video.” All of this is made even more impressive because the series “was shot and edited into live-action episodes before the rotoscoping and animation process could begin.” 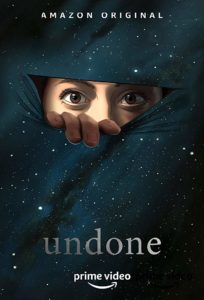 Why all of this detail about the behind the scenes of the style and rotoscoping process? Because it’s in all of those details that the finished product was able to look as majestic as it does.

I urge everyone to give this series a watch. It’s 183 minutes or 3 hours and 3 minutes which is just 2 minutes less than Avengers: Endgame.

This is the kind of unique story that should be supported. Is it derivative? Potentially, but I couldn’t find anything in my memory that it reminds me of so it’s not derivative to me, and there’s a good chance it won’t be for you.

I keep lamenting the need for different stories. And, well… Here is one. Enjoy!

Already, watched Undone? Let me know what you thought of it.

Sharing little joys offer great hope to others.
The path of life shall lead upwards for you.
Good clothes open many doors. Go Shopping.
More Fortunes >