Chronicles, Volume One by Bob Dylan is a memoir worth your time 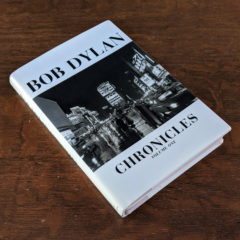 To me, and to many, Bob Dylan is a mythical figure. I understand that he’s as human as you or I, but there’s something different about him.

So, when I went looking for a book about him, preferably an autobiography, I first asked around. And as luck would have it, my father knew someone who is a huge Dylan fan, and he highly recommended Chronicles, Volume One by Bob Dylan, and so I picked it up.

There is something optimistic and earnest about the way Bob Dylan tells his own story in three parts. He covers 1961, 1970, and 1989 which means that the stories he’s telling correspond to three specific albums; Bob Dylan, New Morning, and Oh Mercy.

This means that he covers his arrival in New York, his hindsight on early success, and the recording of Oh Mercy in New Orleans, which is fairly detailed. It’s almost as if he had journaled while recording those three aforementioned albums.

The stories are crisp and clear, and he knows where his head was at. And of course, it’s well written and at times even poetic. This is Bob Dylan after all, writing about himself.

And yet reading a book written by him didn’t make him more human to me, although I don’t know why I expected that in the first place if anything reading this book made him more mythological. 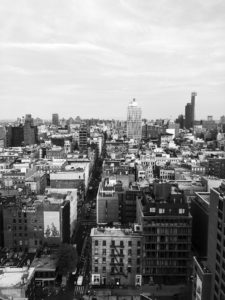 How so? Let me explain in some quotes from the book.

“At last I was here, in New York City, a city like a web too intricate to understand and I wasn’t going to try.”

“Actually, I wanted to play for anybody. I could never sit in a room and just play all by myself. I needed to play for people and all the time. You can say I practiced in public and my whole life was becoming what I practiced.”

“Most of the other performers tried to put themselves across, rather than the song, but I didn’t care about doing that. With me, it was about putting the song across.”

This one is just expert level artistry. It’s something I make an attempt to do. It’s not about me, it’s about the content. It’s about what I’m putting out there. There’s a little of us creatives in everything thing we do, but that doesn’t mean we have to take the spotlight away from the content.

“There was a lot of halting and waiting, little acknowledgment, little affirmation, but sometimes all it takes is a wink or a nod from some unexpected place to vary the tedium of a baffling existence.” 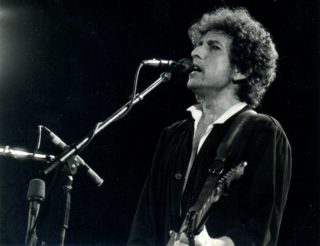 Every creative person, no matter their goals, whether it be to make art or make a living knows about the feeling of not getting any feedback, much less affirmation. This isn’t just about Dylan, this one is just well written by Dylan, but applicable to all.

“Sometimes that’s all it takes, the kind of recognition that comes when you’re doing the thing for the thing’s sake and you’re on to something–it’s just that nobody recognizes it yet.”

More of a continuation from the previous quote, but still nice in its own right. Recognition comes in many different variations. You don’t need someone to say “you’re doing it” in order to get recognition. Sometimes a look is all that is required.

“What was the future? The future was a solid wall, not promising, not threatening–all bunk. No guarantees of anything, not even the guarantee that life isn’t one big joke.”

Coming from Bob Dylan of all people, is this cynicism or realism? Or a little bit of both…

“…it dawned on me that I might have to change my inner thought process . . . that I would have to start believing in possibilities that I wouldn’t have allowed before, that I had been closing my creativity down to a very narrow, controllable scale . . . that things had become too familiar and I might have to disorientate myself.”

As process goes, “I might have to disorientate myself” is perhaps the most important thing some people need to remember. It’s not always optimal to know where you’re going, sometimes the act of traveling or doing, without knowing everything is what is in order. Dylan’s self-awareness is quite interesting in all aspects of his life and this story. 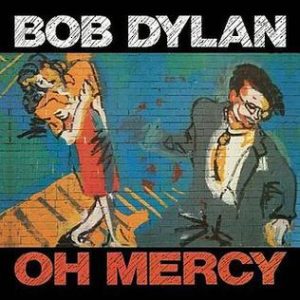 Look, most of these quotes are still relevant to anyone with creative endeavors. And the rest are just good to have in the back of your mind.

There’s a lot more to this book than his story. He talks about his inspirations and aspirations. He lets you on the inside, which makes this much more of a memoir than an autobiography. But it is well worth the read. Say what you want about his messages and his music, but Bob Dylan can write, and that’s exactly what you’ll get and what you’d want from this book if it interests you as it interested me.

Dylan says “Wherever I am, I’m a 60’s troubadour, a folk-rock relic, a wordsmith from by gone days, a fictitious head of state from a place nobody knows. I’m in the bottomless pit of cultural oblivion. You name it. I can’t shake it.”

And with this book, he seems to embrace it all, the good, the bad, his past, and his present.

Read the Secret File of technical information and quotes from Chronicles, Vol. 1.

Good clothes open many doors. Go Shopping.
Fame and fortune are coming your way.
Let’s finish this up now, someone is waiting for you on that.
More Fortunes >