Set Free Your Modern Warrior with Out of My Mind…and Intending to Stay There: A Battleplan for Life by Kurt Sussman 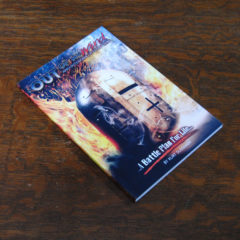 I don’t read many self-help books, but the distinctive factor that makes the difference between the ones I read and all the rest is that the few I have read, all come across as conversations. They all feel like a friend giving you some advice… And Out of My Mind…and Intending to Stay There: A Battleplan for Life by Kurt Sussman is one such example…

It is an easy read because it is conversational, but don’t assume it’s also a quick read, as it will make you think… In fact, that’s the goal… Truth be told, the synopsis is pretty much one of the better and most accurate synopses I have read, especially for a self-help book.

“Irreverent in voice and delivery and lacking the ‘pious pomposity’ of most spiritual self-help methods and guides, ‘Out of My Mind’ shoots straight at the heart of the human condition to provide effective strategies to combat the tragedies and hardships that befall most of us at one time or another… with mathematical precision. ‘Out of My Mind’, born out of the wisdom of the ancient Martial Arts traditions and fused with global philosophical teachings and scientific principles, reveals a strategy designed to produce the perfect weapon for the task of attaining balance and personal happiness by training, revealing, and setting free the modern Warrior…you.”

This is a book written to be consumed, and at the same time, it is meant to poke and prod at your synapses to get the engine firing… How is the machine working? Are you out of your mind yet, because that’s where this book intends to take you, and for all of the right reasons.

Sussman’s voice isn’t unlike that of an extended TED Talk, in that there’s a repetition to some of the platitudes, reminiscent of those talks, because you know that the redundancy isn’t just for show, it’s for effect and poignancy. Also, like a TED Talk, Sussman isn’t afraid to break down that fourth wall.

I said this was conversational, but perhaps I wasn’t being direct enough… Kurt is talking (writing) TO YOU! To that extent he’s using direct and indirect methods to reach you… “If nothing else, I have to be consistent with restating things, because ideas and the adoption of them work like osmosis; it takes time for an idea (or water) to soak through a semi-permeable membrane (your awareness).” 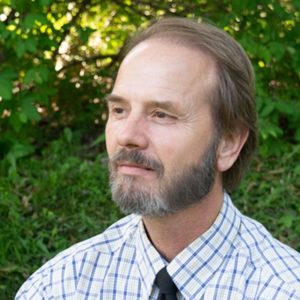 He doesn’t sugar coat things, his “irreverent in voice and delivery” isn’t just for show to be edgy on the back cover of his book, it’s how he writes, and it’s not just a section, it’s how he maintains his voice. This is a book that’s not a soft friend, let’s have some tea and talk about your feelings… This is a sit down, let’s take an honest look at your life, and see what is going on in that head of yours, but let’s do it from the inside… I’m not going to tell you what’s wrong, you’re going to tell me what’s wrong.

This book is specific and yet general enough that when he is hinting at specifics, you can fill in your own life experiences easily enough. It’s not a stretch, it’s not an exercise, it just happens the way, I’m sure, he intended.

But most important, Sussman acknowledges the thing most self-help authors don’t… And he does it countless times, he is trying to help you, but if it works on page 7 or 47, then put down the book and go with what works!

“It is a bit of a conundrum…I am writing down words and plans and practices, telling you that words and thinking and language are the problem. Try to always remember that they are pointers– a call to action– and when you see the message, see the strategy, you won’t need to read this book any longer.”

He repeats that sentiment a few times… “If we all use the right tool everytime, I wouldn’t be writing this book, and you would not be reading it.” And I enjoy that honestly.

In the interest of keeping myself on track, here are ten quotes from this book that I thoroughly enjoyed. 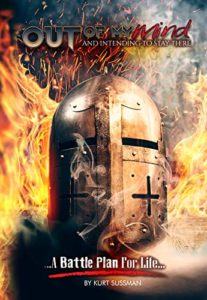 Now you may notice a good chunk of these can be parsed back through certain religions, philosophies, or beliefs, but they are all still shaped by the experiences we have, and Sussman isn’t shy in sharing his.

So maybe take some time to check out Out of My Mind…and Intending to Stay There: A Battleplan for Life by Kurt Sussman. Because who among us couldn’t use a helping hand?

Read the Secret File of technical information and quotes from Out of My Mind…and Intending to Stay There: A Battleplan for Life by Kurt Sussman.

Even the greatest of whales is helpless in the middle of a desert.
Fame and fortune are coming your way.
The path of life shall lead upwards for you.
More Fortunes >