How To Make A Difference: A review of Alan Jennings’ The Pursuit of Fairness 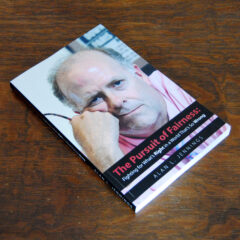 This book is three things in one. It’s an activist’s manifesto describing the thoughts and some of the actions that Alan Jennings has had that have cultivated his activist’s mentality; it is a memoir describing his assault on problems within his own community that has fed his activism; and it is a how-to manual for running, creating, and even just working for or volunteering at a non-profit organization.

All three of those things are what makes The Pursuit of Fairness: Fighting for What’s Right in a World That’s So Wrong by Alan Jennings a heavy and yet still entertaining book to read and learn from.

Are you aware of what a “change agent” is? Are you aware, advocacy and by extension lobbying, is not just something for talking heads on television to blame for things? That most local problems arise because of a trickle-down effect that lawmakers don’t want to talk about, so they don’t. And communities in our country may be vast and diverse, but their shared problems come down to a few usual suspects.

“All of this has happened before, and all of this will happen again.” I’m not sure if Alan Jennings is a fan or even aware of the Battlestar Galactica quote, but it’s relevant to all of the lessons within the book, many of which answer the questions I posed in the previous paragraph.

As my professional career has mostly been in the non-profit sector, I found this book an easy read. I have experienced, been impacted by, and agree with Jennings on many of the non-profit philosophies put forth in the book. For those unfamiliar with addressing community problems, this book contains eye-opening-put-the-book-down-and-think-to-yourself sections. It’s an enjoyable read because in between the how-to, there is a passion for community problem solving that bleeds through the page.

This isn’t a one time read. The how-to explanations for setting up and running or participating in a non-profit environment make this a resource of dictionary proportions. This means that it may sit on a shelf and collect dust for a while, but when you have a question you can be comforted to know that the answer can be found on your bookshelf. 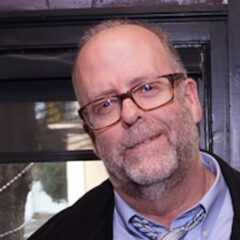 If you’ve read this much of the review you may be wondering if you should read this book. Perhaps you don’t ever see yourself in a non-profit environment of any kind. Perhaps the struggles of others are just that, the struggles of others. Perhaps the betterment of your community should fall to someone else. Perhaps you don’t even know your community has issues. For all of those reasons and more, everyone should read The Pursuit of Fairness.

Is it a call to action? For some, it will be. But for others, it will just open their eyes to the issues that are faced in communities just like yours and every other community in the United States.

No matter. It’s still entertaining as hell, and Jennings isn’t afraid to say what he means. This isn’t a book that you’ll need a dictionary to read, but you may want to check your self-importance at the door.

Jennings’ says “My hope is that, when this book has lost any appeal it might ever have had people will say it moved dozens, maybe thousands, preferably every single nonprofit to do community problem-solving, advocacy, lobbying, and any other activity that will improve the lives of the folks next door.” This hope isn’t without merit and it’s now mainly a numbers game. How many people will read this book so that his hope is realized?

As Jennings sums it up “When it comes right down to it, our ideology is useless without its practical application.” This book will help. It’s a roadmap. Seek shortcuts at your own risk.

(Note: any author who references Alice’s Restaurant, It’s a Wonderful Life, and Brooks Robinson in the same book has got my attention…)

Read the Secret File of technical information and quotes from The Pursuit of Fairness.

Nothing in the world can take the place of persistence.
Good clothes open many doors. Go Shopping.
Whoever wants to reach a distant goal must take small steps.
More Fortunes >