Val Kilmer’s memoir “I’m Your Huckleberry” Is Worth Your Time, it’s Poetry in Prose 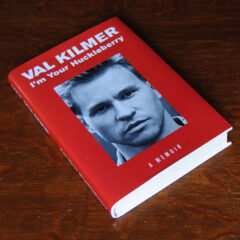 Val Kilmer is one of those actors. How you know him is most often related to either the first movie you saw him in or your favorite film of his. Is he your top secret agent? Your Real Genius? Your Iceman? Your Madmartigan? Your Batman? Your Lizard King? Your Bank Robber? Your Saint? Or your Huckleberry?

Well, no matter what he is to you, he’s an artist, and his memoir I’m You’re Huckleberry is a thing of poetry written in prose. There is much more to Val Kilmer than the roles he has played, but the stories that he writes about, I’ll let Val describe it;

“You will see this book takes twists and turns. Welcome to the pinball machine of my mind. Here, authenticity lives with eccentricity. A delicious diet, if a bit unsteady. My poems, my puns, my spiritual side trips, and the names of friends, both famous and infamous, dropped along the way–I can’t stop myself. I can’t help myself. So come along. It’s dangerous, but indulge me. We will travel with lightning speed because I’ve led a lightning speed life.”

The introspection within this memoir is extraordinary. You get the feeling that Kilmer has had these thoughts before, this isn’t his first retrospective. While he says he’s led “a lightning speed life” and he has, and this memoir is proof of this, he’s also spent a lifetime getting to know himself.

“I let muses, whether people, animals, or places, infuse my life with wonder and mystery.” This isn’t just the random ramblings of someone looking back, this is a statement of fact about his life that, reading this book and the stories within, you get the feeling he would have stated this at any point had you asked. 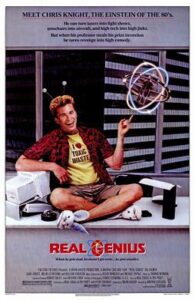 And he doesn’t really leave any stone unturned. From how he walked off the set of one of his first paying roles to star in a commercial, in what he calls his “first act of artistic integrity” and therefore it wasn’t his first paying role to playing Batman. From being in the many relationships he’s been in and the trials, triumphs, and tribulations of his life, Kilmer doesn’t mince words. But the words he uses are wonderful.

I’ll admit that either because of my age or interest, I only knew of his on-screen affairs. I didn’t know of any of his personal deals, and I didn’t even really know much about his origins or his history behind the characters he portrayed.

But now, I know Val Kilmer, who was my Real Genius, Chris Knight, to be the auteur artist that he is. Again, there is poetry and a flow to this memoir that you don’t often find. Is it in the way he writes, yes, but it’s also in the poetry he includes and the rhythm that holds the beat as you read these pages.

As Kilmer writes, “There are lots of reasons to make art, but I usually migrate toward the educational aspect of it. I like to learn from art. It’s almost impossible for me to learn in any formal way, yet I love to learn.” And I learned from his memoir in that same way.

Why did Kilmer write this memoir? He covers that too, “I write for relief. I write for healing. I write to view the past more clearly and place myself firmly in the center of Love. I want to get my story out as quickly as possible, but mostly I write because it feels good to share with the world what the world has shared with me.” 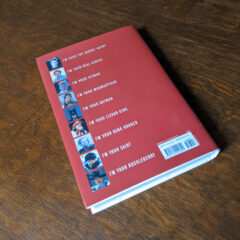 I may not necessarily have the story to share as Kilmer does, but I can relate to writing for relief and healing. Aside from the dated poetry, it’s dated based on when he wrote what he included in this memoir, and the knowledge that Kilmer wrote his Mark Twain inspired one-man show, you can tell Kilmer has been writing for the better part of his life, because he writes this with a heavy dose of detail that doesn’t hold the reader hostage, it just gives you the sustenance you need to picture the scene or comprehend the concept and move along.

In that way, this is a refreshing read and one that I highly suggest you look into for yourself.

“The heart feeds the head and the head seeds the harmonies.” I agree with you Val. Thanks for sharing your story.

Read the Secret File of technical information and quotes from Val Kilmer’s I’m Your Huckleberry.

A difference, to be a difference, must make a difference.
Whoever wants to reach a distant goal must take small steps.
Your moods signal a period of change.
More Fortunes >