No garbage in “Dr. Space Junk” exploration of modern archaeology 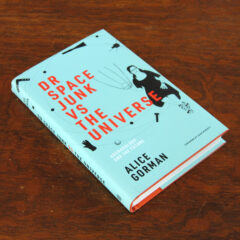 In a nutshell, Dr. Space Junk vs The Universe by Alice Gorman tells the very non-linear origin story of Dr. Space Junk herself. Don’t let that narrative twist turn you away. It’s a tale filled not with missteps and mistakes but with the understanding that what you want now may not be what you want later. It’s also quite a philosophy and history book, too.

Let’s start with author Alice Gorman, a space archaeologist who is writing a book with the subtitle “Archaeology and the Future.” It’s fitting because it’s her start in classical archaeology that gives her a unique perspective to drop insight that makes this a book that’s equal parts space archaeology, history, and philosophy. The triple threat allows your mind to be blown and your perspective to be changed.

It’s a very learned book, without being as academically dry as a doctoral thesis. You get colorful stories that Alice tells of herself, and you also get to learn about the history of her native homeland, specifically its historical significance to space flight.

Prior to this book, I only knew that Australia was the site of one of the NASA tracking stations when they built their global network for the golden era of space flight. I’ve learned that it’s so much more than that. But as I said, this book is more than history and archaeology; it’s also quite the philosophy book. Dr. Space Junk makes you think as much as learn. As I normally don’t see the two as mutually exclusive endeavors, this was a joy to read.

That’s a heck of a tease, isn’t it? You deserve more than that, as this will make you think and change your perspective. What was it that impacted me and got my old noodle whirring around like a servo in an orbiting satellite? Let me share a few.

“While we associate rockets strongly with space, there are no whole rockets there. There are plenty of upper stages, just no rockets with all the parts present. The rocket is really a terrestrial, not a space, artefact.” Sure, this absolutely makes sense, but I’ve never thought of a rocket as terrestrial. Celestial, perhaps, but Alice is correct: there are not complete rockets up there. In fact, the launch is just the destruction of that whole rocket, with only a portion having enough velocity to escape to space. That’s just one of the overlooked truths that Alice writes of. 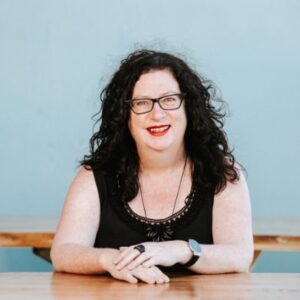 One of the more thought-provoking instances she writes about is something she doesn’t quite know the answer to. “I don’t know exactly how the symbolism of death will change the meaning of space, but I know something will be different afterwards.” She’s correct, and it made me think of how death would change the meaning of space for me, and I can’t comprehend it. The death that’s widely associated with space – the Challenger and Columbia explosions, for example – have occurred in Earth’s own atmosphere, so I personally don’t see them as deaths in space.

I must admit that it’s odd to be reading a book that cites a tweet, but Elon Musk is going to play a role in the future of space archaeology, so what he says, or tweets, has relevance. Take this series of tweets, for example:

“It is unknown whether we are the only civilization currently alive in the observable universe, but any change that we are is added impetus for extending life beyond Earth. This is why we must preserve the light of consciousness by becoming a spacefaring civilization & extending life to other planets.”

One of the other things that is interesting and summed up very well in the foreword by Adam Roberts is that “The Space Age sits at the moment in an uncanny valley of memory: too recent to be thought of as ‘history’ in the Ancient Greek or Pharaonic Egypt sense of the word, but too far back in time to inspire the young generation.”

All of this makes this a great read for NASAphiles, people interested in the space race, or just archaeologists and historians. As Alice says, “You don’t need to be an astronaut to do some amazing space archaeology.” And this book wonderfully combines all three areas of exploration and education.

Read the Secret File of technical information and quotes from Dr Space Junk vs The Universe.

Fame and fortune are coming your way.
A difference, to be a difference, must make a difference.
Even the greatest of whales is helpless in the middle of a desert.
More Fortunes >