Mick Foley brings the heat with Scooter: A Novel

The story of Scooter, and its titular protagonist, Scooter Riley, is an authentic piece of fiction about parts of New York City from 1964 to 1978, using baseball as a measuring stick as many fans do.

Scooter’s story is not a fairytale or even a fable, it is authentic storytelling, with real characters, set in a real city. Scooter’s father named him after Phil Rizzuto, and he is growing up close to the shadow of Yankee Stadium, as the Bronx is changing in the wake of the historical racial changes of the era. 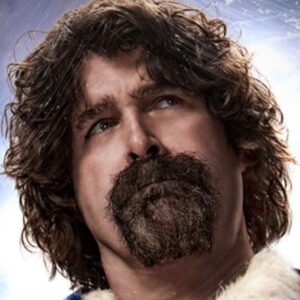 “Into this world, a world that becomes increasingly less kind to Scooter, the defining moments his grandfather warned him about come about at rapid pace, and as the years pass and Scooter grows up, it is through baseball, and its timeless rhythms, that the defining moments in Scooter’s life are played out.” This is both on and off the field, with implications into the boy he starts the novel as, and the young man he becomes.

It cannot be understated how important baseball is to the story as it unfolds. While Scooter falls in and out of love with baseball, as he grows up and experiences new things, he can’t really get away from it with a grandfather who loves baseball and a father who loves baseball; all things relate to baseball. At one point Scooter laments, or it feels like a lament that “My grandfather saw the game of baseball as if it were the game of life itself as if all of life’s great lessons could be explained in baseball lore.“

What Foley does perhaps as well as any story-crafting is put you into the early 1970s Bronx, complete with the racism and sexism, violence, drugs, and terror that are uncomfortably realistic, despite knowing that in hindsight, his depiction is superbly accurate. And that this story is set in a realistic setting is only a piece of the puzzle, as the mostly accurate baseball history puts you right there, when box scores and championships, and even players are mentioned. Now, Foley does make an Author’s Note at the beginning to acknowledge, “I have tried to make this book as authentic as possible to both the borough of the Bronx and the game of baseball. In a few instances where the facts could not fit the story, I used creative license to simply make things up.” But to his credit, as a baseball fan at least, I can’t tell the difference. 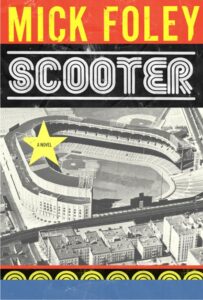 I am now torn because I both very much want to tell you more, and very much want to leave you in the dark. I read this book knowing that it was tangentially about baseball and that Mick Foley was the author. I have in the past read his wrestling autobiographies, so I knew he could write and I wanted to know more. But I opened the book to find it out, I didn’t know what I was getting into. And if you’re up for it, you should go in knowing as little as possible.

Foley puts you right in the thick of it. Whether it’s the change in the demographics of the Bronx, or a battle between a pitcher and a hitter on the diamond, or a family disagreement between father and son. He just drops you right into the action, without pulling any punches. Make no mistake about it. Mick Foley is more than just a wrestler. He’s a storyteller, through and through.

I won’t recommend Scooter to everyone, but if you enjoy historical fiction set in the 1970s, or baseball, or just an intriguing story, this book is for you.

Read the Secret File of technical information and quotes from Scooter.

Your moods signal a period of change.
Look forward to great fortune and a new lease on life!
You are interested in higher education, whether material or spiritual.
More Fortunes >