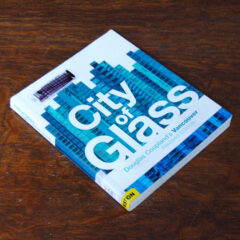 I read the 2006 Revised Edition, but originally published in 2000, this book is Vancouver’s ABCs, a local tourism perspective, the likes of which you’d need to find a very good local blogger to get from anywhere else.

Now, City of Glass isn’t usually the type of book I read. Except, I thoroughly enjoy the writing of Douglas Coupland, and since he wrote it about his hometown, how could I not pick it up? I’ve enjoyed not only all of the books of his I’ve previously read but his respect and admiration for where he grew up. Two passages that appear in City of Glass come from those prior books, one from Life After God and another from Polaroids from the Dead.

But City of Glass is for everyone, whether you are a traveler or not. Not planning a trip to Vancouver? Not a problem. Coupland’s book is unique as far as travel books go, because of the personal nature from which he writes about his home, it’s only natural that as a reader you projected to your youth or other periods of your life, and where you were and what it was like.

Coupland’s book is very much a travel book, in that there are suggestions about where to go, but you’ll also find some history, sociology, politics, it’s very much as the back cover says “as you read this book, imagine that Doug is at the wheel of the car and you’re the passenger. Ask Away. This isn’t the “official” take on Vancouver, but it’s my take, Objects in the mirror may appear larger or smaller depending on your viewpoint.” 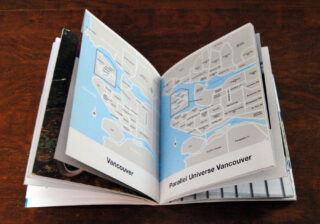 And he starts off the book by discussing the nature of what you call Vancouver. “Sometimes back east in Toronto or Ottawa, I hear people say, ‘Hey, are you going to ‘Van’ this year?’… and I can’t help but shake my head and wonder. In Vancouver there is East Van and North Van and West Van, but never merely Van. Calling Vancouver ‘Van’ is like calling San Francisco ‘Frisco’ or Las Vegas ‘Vegas.’ No–it’s worse than that–it’s like calling Portland ‘Portl.’”

Some of the best bits of this book are where the travel guide mixes with the local narrative, which is the most authentic piece of this book. Some of my favorite excerpts are as follows:

“Many of the factors that stripped the innocence away from other cities never occurred here: freeways were never built and a soul-free edge city never arose because Vancouver has no edge. It hits the mountains on one side, the ocean on the other and the U.S. border on the third, so land use has always remained somewhat conservative.”

“In general, Big is suspect. Vancouver distrusts Big. We don’t want Big. Big is to be fought. The country’s prime minister visits Vancouver as little as possible–and we all know it. During those rare visits, elaborate efforts are made to ensure that the prime minister is neither egged nor ignored. It’s the way that it’s been for all of this city’s life.“

“Mount Baker is important to the Vancouver psyche in that it stands there, huge, record-breaking and serene, shooting off just enough steam every few years to let us know that if it really wanted to, it could bury us. It’s a metaphor for the United States: seductive but distant, powerful and at least temporarily benign.”

I wasn’t unfamiliar with Vancouver before I picked up this book, but the way Coupland writes about Vancouver, he elevates it from a place to something more mythical. And why shouldn’t it be? As he writes, “Vancouver is one of the few cities going that are bucking the trend toward homogenization and pasteurized global tastes. It’s a fractal city–a city of no repeats. It’s unique, and it’s my home. So if you’re arriving, welcome; and if you’re on your way out, return again soon, and just think of how good the rain was to your complexion and how green the world truly is.” 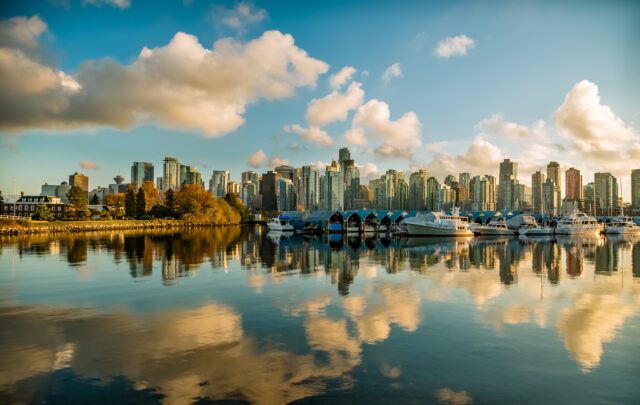 Photo of Vancouver by Mike Benna on Unsplash

Read the Secret File of technical information and quotes from City of Glass: Douglas Coupland’s Vancouver.

Your moods signal a period of change.
Today it’s okay to make a few choices by going with your instincts.
Nothing in the world can take the place of persistence.
More Fortunes >