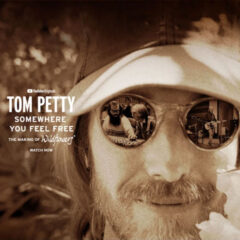 Tom Petty is iconic with, and that’s without the Heartbreakers or Traveling Wilburys. On his second solo album, 1994’s “Wildflowers,” Petty cemented himself as a legendary singer-songwriter. While he already was an icon to most of us after eight albums with the Heartbreakers and another two with the Wilburys, this removed all doubt.

“Somewhere You Feel Free” is a documentary with some modern interviews peppered in. Most of the footage is from a collection of 16mm film that was “shot between 1993 and 1995 by Petty’s longtime filmographer Martyn Atkins while Petty was recording the Wildflowers album and on the tour that followed,” with most of the material having never been seen before.

We don’t often get this kind of look and insight into the groundbreaking albums of our time. With many now-classic albums, we’re left to the mercy of memory, or perhaps a few egocentric or equally legendary artists who wanted the film of their process for posterity. Take Peter Jackson’s “Get Back” docuseries as further proof, if you must.

Whatever you may think of Petty or “Wildflowers,” this 90-minutes glimpse into the process of creating a classic album gives us the gift of an artist at the very top of his game. One of the first quotes we hear from Petty during the film is, “In this time in particular, this day in particular, this time of my life, I feel much more comfortable being myself. It’s soul music. I think that’s what I am. I think I’m a soul singer, because you have to connect with your soul in a way… That’s what’s going on with me artistically, you know? I feel very prolific right now. I feel more like me.“

That sets the bar pretty high for what’s about to happen. Wildflowers is on a pedestal up there with some of the great solo efforts in all of music, not just rock and roll. For those unfamiliar, the album spawned rock radio standbys including “You Don’t Know How It Feels” and “You Wreck Me.” 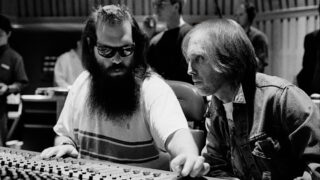 Often these documentaries focus on process – and there is plenty to the process of songwriting and recording the songs that became Wildflowers – but it’s also about style and substance in a way that few documentaries even touch on.

On style, producer Rick Rubin says it best stating, “That’s another interesting thing about the times. It’s like Tom was able to manage the changes of the styles of music that happened, still sounding like Tom Petty, but being in the moment as well.”

On substance, Petty’s daughter Adria gives further insight into the content by telling us, “At the time that ‘Wildflowers’ was being written, he was definitely going to therapy for the first time. And I think that that was an interesting door of perception that was opening. I think that that feeling of confidence and self-examination that he was going through at that time made him want to make a lot of different decisions about his life. And he did them slowly, methodically, carefully, and they were painful for him.”

These insights from Rubin and Adria are just the tip of the iceberg. This “solo” endeavour included many Heartbreakers, and we hear from them as well. Some of them appear to be revisiting some of this stuff for the first time since Petty’s death in 2017. It appears to still be a very fresh wound for some. It was, after all, unexpected. I know that every time I hear a Petty song on the radio, I think of the hundreds more that we won’t get to hear. As I’ve gotten older, I started looking at Petty like Bob Dylan with a band, and as Dylan is still releasing new stuff, I expect Petty would have as well. 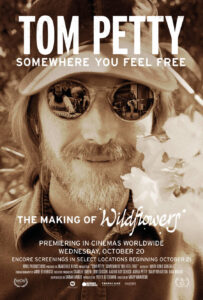 This documentary serves as a means to bring him back to life, if only for an hour and a half, and it’s the artist just as we remember him in his prime. What is most exciting for fans is that there are different versions than the album recorded ones, different drafts of the songs in audio form, as well as some hauntingly beautiful isolated guitar and vocals. This documentary is an experience for fans of Tom Petty, musicians, songwriters, and fans of music alike.

It has all of the hallmarks of VH1’s Behind the Music but with more heart. Tom Petty wasn’t the most open book, but we get a piece of him that is to be treasured. This is a guy who said, “I’m not obligated to bare my soul to nobody, especially in public. You know, it’s a tough thing, but nobody wants to hear you moan about it. And I do appreciate that people are interested enough to want to interview me or to want to know anything about me at all, I am flattered. But it is very hard to sit down and just talk about yourself constantly. I just want to be a musician and play music.“

As much as we hear that soul in the album, it’s turned up to 11 in this documentary.

Read the Secret File of technical information and quotes from Tom Petty: Somewhere You Feel Free: The Making of Wildflowers.

Nothing in the world can take the place of persistence.
Even the greatest of whales is helpless in the middle of a desert.
Look forward to great fortune and a new lease on life!
More Fortunes >