As relayed in the Jefferson Starship classic “White Rabbit,” “One pill makes you larger and one pill makes you small.” But in The Mirror Man by J.B. Manas, one man can read memories and the other can make you forget. 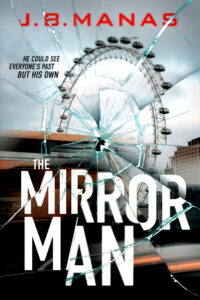 If nothing else, The Mirror Man illustrates that memory can be your biggest asset or your weakest link. When the memory of a kidnapped scientist is tied to state secrets that could impact the balance of global powers, no expense is spared to retrieve it.

This is the battle in which we find Julian Black and Sebastian Blaine. From opposite sides of the Atlantic, these two are on a collision course, but only one of them is aware of the other.

Manas has married a modern spy thriller with speculative elements and old-school hints of Hitchcockian crime noir to establish a genre-busting white-knuckle novel that will keep you turning the pages. International crime? It’s there. Cops and robbers? You bet. Road rage? Sure. Petty crime? That, too. Cynicism? Of course. This book has it all.

From Philadelphia, Pa., to London, England, it’s not all globe-trotting, but it does traverse the Atlantic, including scenes in Paris and the French Riviera. And you’ll find acronyms from all the greatest alphabet soups you can think of: FBI, MI5, CIA, an international evil empire named V.I.P.E.R, and the ever-shrouded S.A.R.A.? 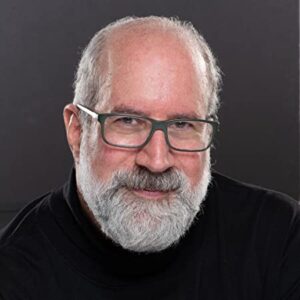 Manas manages to capture the fast-paced nature of the current crop of action-thrillers you’ve been seeing on screen for the last decade or two. Thankfully, he does it without some of the standard tropes of a helpless woman, big explosions, and kung-fu fighting. Sure, stuff breaks and fights happen, but it feels far more realistic, even in this fictional story.

At the heart of this book, you’ll find humor and wit, logic and intelligence, and science that verges on the realm of science fiction. It’s amazing just how quickly the story goes by when you consider how much is included in a book that takes place over just a few weeks.

Characters find themselves out of their depth. Irony is called out. Pop culture of yesteryear and today is in plain view, and some more obvious notes of James Bond inspirations are called out by a character or two.

You’ll enjoy the characters, the story, and the narrative. Manas has captured it all.

The Mirror Man by J.B. Manas is available on Amazon.

Read the Secret File of technical information and quotes from The Mirror Man by J.B. Manas.

Look forward to great fortune and a new lease on life!
A difference, to be a difference, must make a difference.
You are interested in higher education, whether material or spiritual.
More Fortunes >