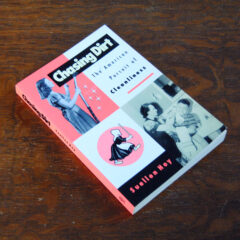 While it is at times, more academic in its approach, it is a fascinating read nonetheless. I’ll also say that I was shocked to discover that “no one else has tried to answer what appears to be a simple question: How did Americans become so obsessed with cleanliness when, less than 200 years ago, Europeans found them dreadfully dirty and frequently disgusting?”

Those are the author’s words, but it’s still an amazing idea for a research project and book and this was published by Oxford University Press back in 1995. I would wager some things may have changed, yet I doubt enough is different to make this book much longer.

All of the answers about the how’s and why’s of “The American Pursuit of Cleanliness” have a turn of the century feel and most of it relies on our being 50 years on either side of 1900, when unfortunately death and war (and death in war) succeeded in furthering the causes of sanitation and clean living far more than any other singular factor. But it was after the preventable deaths and after Civil War and WWI that all of the real changes started to occur.

Because of marketing and business, that’s why.

Of course, as 1800 turned into 1900 there were some misconceptions when it came to health and cleanliness. While they didn’t have the science down properly, Americans were able to make a distinction that dirt was bad. 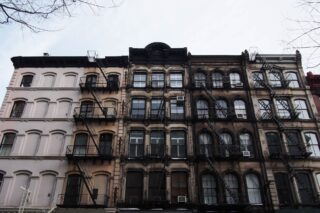 As WWII ended and the veterans came home, that’s when everything turned into dollar signs. “Harnessing both public spirit and the hope of private gain, the business of cleanliness made personal hygiene an obsession as well as a virtue.”

This book covers things we take for granted today. Running water, daily bathing (ablution), meat inspection, a myth that cleanliness is only for the well-to-do, and much more. Some of it is laughable. We all have soap in our houses, many of us have dishwashers and washers and dryers for laundry in our houses or apartments or perhaps in shared spaces.

Water is a very important ingredient when it comes to all of that and more. As the Civil War dust settled, many Americans were still manually going out and bringing water for cleaning, as well as cooking and drinking into their homes. It’s not until the 1930s that most major cities had running water. Some rural areas had to wait until after The Paris Peace Treaties that formally ended the WW2 conflict.

For anyone with relatives from rural areas, there are likely people you have met in your lifetime that didn’t have running water. The point is, this book is a fascinating look at the facts of how American cleanliness not only developed but evolved and endured.

Academic as it may be, it is a title for anyone interested in the American pursuit of cleanliness, especially if you consider yourself a “clean freak.”

Whoever wants to reach a distant goal must take small steps.
Things are turning for the bright side.
Good clothes open many doors. Go Shopping.
More Fortunes >