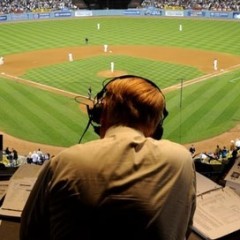 Continuing on with the countdown from part one, we arrive at my top three great voices of baseball. In fairness, for most fans, it’s their local teams broadcasters that make the plays special.

But for me, as just a baseball fan, it’s not just the Orioles’ broadcasters, it’s the few classic guys that are left, too and of my top three only one is still on the broadcasting on the air (albeit in a limited capacity).

The other two are no longer with us, but all three are enshrined in the Baseball all of Fame as winners of the Ford C. Frick Award. 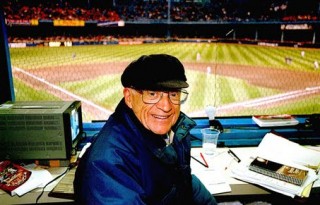 3. Ernie Harwell, Detroit Tigers. Ernie was also the voice of the Brooklyn Dogers, New York Giants, Baltimore Orioles and California Angels. Surprisingly, on October 3rd, 1951, Harwell called the “Shot heard round the world” for NBC television, although you’d never know it. His call isn’t the one anyone remembers, because they weren’t taping television, they were shooting it live, miss it and it’s gone. It was Russ Hodges call that everyone remembers, but still, he was there. For the Orioles he was on the call for the last game at Memorial Stadium and on September 16th, 2009 he gave a very heartfelt speech in Detroit. He call playoff games, the CBS Radio Game of the Week and was a legend, the likes we may not see again. 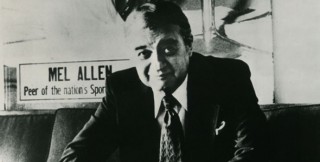 2. Mel Allen, New York Yankees. The Voice of the New York Yankees to one generation and the first host of “This Week in Baseball” to another. Mel Allen is pure baseball. I myself only know him from “This Week in Baseball” but I can’t imagine another voice doing that show, he hosted it from it’s infancy in 1977 until his death in 1996. Allen, famously lost his voice in the last game of the 1963 World Series. His partner at the time Vin Scully took over for him simply saying, “that’s all right, Mel.” There are very few catchphrases in baseball as treasured as Mel Allen’s, “How about that.” Oh, yeah, he also called Roger Maris’ 51st Home Run.

And now, for number one, as if there was any doubt… 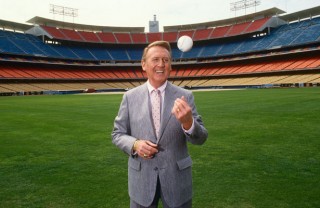 1. Vin Scully, Brooklyn and Los Angeles Dogers. The Voice of the Dodgers. He currently calls most Dodger home games and selected road games, but if you get the chance, listen to him. When Vin calls a game, you learn something. He’s been a sportscaster since 1950. He’s seen the history of the game with his own eyes and shares it with each broadcast.

He also has a way with words, when he says them. It’s something that the classic voices of baseball allow for. They don’t just talk for the sake of talking. The speak within the sounds of the game, the roar of the crowd, the crack of the bat, the sound of a ball hitting the sweet spot of a glove. He has called perfection (Sandy Koufax’s Perfect Game) and the improbable (Kirk Gibson’s Game Winning Home Run in the 1988 World Series).

And then there’s the fact that Vin and the other classic voices of baseball, have perfected the way they describe things. Like the way Mr. Scully describes this tiff between the Padres and Dodgers.

People aren’t immortal. Nothing lasts forever, so if you have a chance to listen to Vin Scully call a game do so. Regardless of the outcome you’ll laugh and you’ll learn. That is what great broadcasters do and there aren’t that many left. 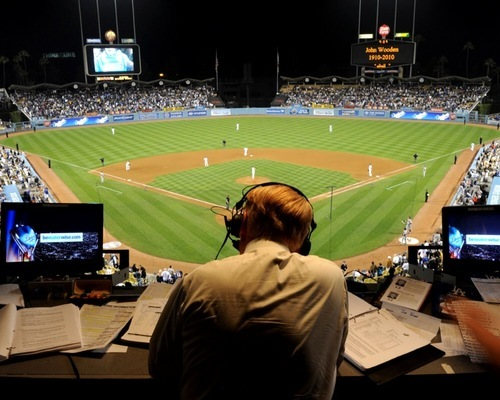