A few Horror movies you should watch, even if you’ve already seen them! 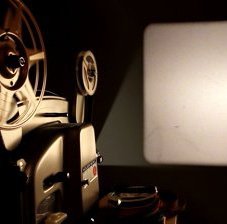 With Halloween breathing down our necks, I’ve decided to give you a short list of some of my favorite horror movies. In the interest of full disclosure, I am using the classification of horror movie as defined by Rotten Tomatoes.

These are all movies I will watch and rewatch regardless of the time of year, but I wanted to share them with you.

First up is Sleuth (1972) starring Laurence Olivier and Michael Caine. It’s much more a mystery or thriller than it is a horror film, but since Rotten Tomatoes classifies it as horror, I’m going to keep it on the list.

Dead Alive (1992) is a classic in cheesy gore. It was Peter Jackson’s sophomore film and is very much in the vein of his first film, Meet the Feebles. Additionally, it’s amazing to watch where the directorial roots of the man who took us to Middle Earth came from.

Army of Darkness (1993), is the third in Sam Raimi’s horror trilogy (Evil Dead and Evil Dead 2) and has more one line zingers than any other horror movie. A lot of these quotes ended up be phrased or rephrased by Duke in the Duke Nukem video game series.

Zombieland (2009) is just the most fun you can have with a zombie movie. It’s a serious movie that doesn’t really take itself that seriously. Twinkie is to Zombieland as Rosebud is to Citizen Kane, think about it.

Shaun of the Dead (2004) is a classic zombie parody. Obviously, this is much more of a comedy film, but it commonly gets classified as horror. As horror films go, this is THE parody film. It is written well and honestly, it has one of the best endings in zombie movie history.

My Name is Bruce (2007), a film based upon the premise that Bruce Campbell, who plays Ash in the Evil Dead trilogy, believes he pretty much is Ash. Comedy and ridiculousness ensue and fun is had by watching from the safety of your couch.

These aren’t movies for the whole family, but they are all enjoyable. Sit down with your friends and enjoy. If you’ve seen them before, I still recommend them, they are all highly re-watchable.

A difference, to be a difference, must make a difference.
Nothing in the world can take the place of persistence.
Even a broken clock is right two times a day.
More Fortunes >