Small Oddities: A Mascot, A Screenshot, A Seal and The Warden

This edition of small oddities takes us from the 70’s and 80’s right up through some more modern art. We have a Silhouette screenshot from Ralph Bakshi’s 1978 Lord of the Rings, Cool Spot the 80’s mascot for 7-Up, a modern seal for Loki from Avengers and a very well done digital painting. 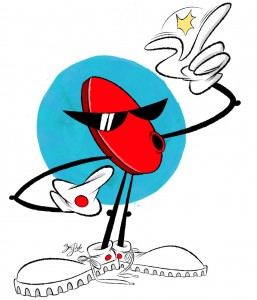 Cool Spot is, or at this point was, a mascot for 7-Up.

The red spot from the 7 Up logo was anthropomorphized with arms, legs and sunglasses in 1987. Cool spot was created into a game that was ported to quite a few platforms. In the game, you are challenged to rescue other cool spots and you attack your enemies by firing soda bubbles.

Corporate mascots may seem silly, but I have a feeling they’ll have a reemergence at some point in the future. This particular iteration was done by deviantArt user Themrock.

Next up we have a screenshot from Ralph Bakshi’s 1978 animated Lord of the Rings. 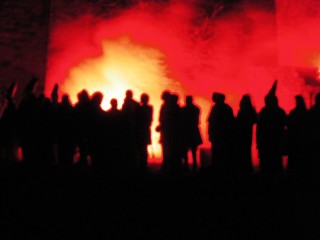 This particular piece entitled, “Silhouette” is from the movie’s preface where the narrator describes the rings of power give to the races and their leaders. I stated in my Rotospective on Bakshi’s Lord of the Rings that I really enjoy Bakshi’s vision for the film. Although most of the film was rotoscoped and animated, the opening is shot film with filters and textures. The way the fire plays in the background off of the silhouettes of the actors in the foreground is amazing in this particular screenshot from the movie and was captured by deviantART user jmercuryuk. 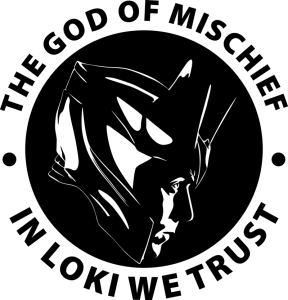 The God Of Mischief – In Loki We Trust

DeviantART user Mad42Sam, created this seal, “The God of Mischief – In Loki We Trust,” and he put it on a t-shirt in his society6 shop. This seal is very well done and the profile of Loki in the middle has a very detailed yet minimalist feel to it. The sentiment is not lost on me and the overall execution of the design is flawless. I can imagine this being printed on money had Loki not failed to conquer the Earth in Avengers. (As an aside, Loki was featured by my good Jason Zapata Wordsmith, as his Villain of the Month for November.)

Lastly, we finish up this edition of Small Oddities with the brilliance of deviantART user dominuself and what the piece he created digitally in a “30 min speedpaint,” titled “The Warden.” 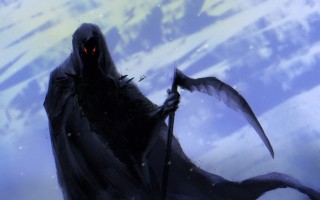 The cloak, the scythe, the piercing red eyes, this is done so very well. The darkness that seems to be escaping from under the cloak and the faint snowflakes. The fact that this was done in 30 minutes is amazing, but the work is great regardless of how long it took to create. The cold and darkness of the piece cannot be understated. “The Warden” truly is a masterpiece.

So the art speaks for itself, these are all great pieces that represent just a sliver of the real artistic talent out there on the world wide web. You just have to keep looking and sift through the garbage.

Look forward to great fortune and a new lease on life!
Good clothes open many doors. Go Shopping.
Things are turning for the bright side.
More Fortunes >