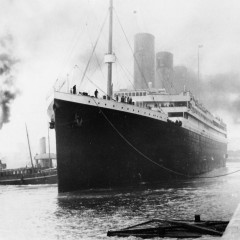 One hundred two years ago on April 15th, 1912, the RMS Titanic was on its maiden voyage. As we all know, it ended in tragedy at the bottom of the North Atlantic Ocean after striking an iceberg. It was one of the greatest transportation calamities of the 20th Century only rivaled by the Hindenburg disaster 25 years later.

In the 102 years since it’s sinking, the world has had a growing fascination with this ship, culminating in many documentaries and movies, perhaps most famously with James Cameron’s blockbuster “Titanic” in 1997, but that’s hardly the most accurate depiction.

In our current media climate, what I am about to type will seem both rational and irrational, so bear with me.

“Saved from the Titanic,” a silent motion picture short starring Dorothy Gibson, an actress who survived the sinking of the Titanic, was released 29 days after the ship sank. 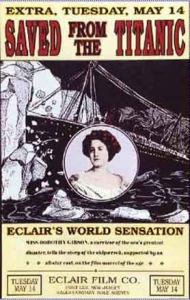 Saved from the Titanic Movie Poster

It’s rational to think that they made a movie about the Titanic so close to its sinking, because after world tragedies happen now, we have television specials about them a few days later. Given that televisions weren’t really available until the 1920’s and even sparsely at that, this seems totally rational given that cinema was the main source of moving pictures in 1912 and that the turnaround for a film, even a silent short, wasn’t a few hours like it is today with current technologies.

That is where the rational part of the story ends.

Irrationally speaking, it starred an actress, Dorothy Gibson, who had just survived the tragedy! Gibson co-wrote the script and played a fictionalized version of herself before suffering a mental breakdown shortly after completing the film. I am always amazed by local television news crews who constantly interview the victims of house fires by asking how they are feeling. Well, this isn’t a house fire where everyone is (hopefully) safe and just needs a new home. This was a tragedy that took  the lives of more than 1,500 people and, miraculously, Dorothy Gibson wasn’t one of them.

But surviving such an event, isn’t easy for the survivors. In fact, had it been a term before the 1970’s, I’m sure she would have been diagnosed with post-traumatic stress disorder. 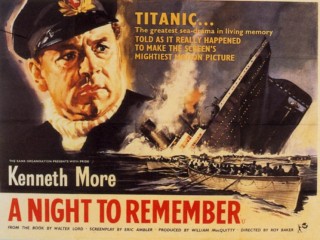 A Night to Remember Movie Poster

In 1958, a British film titled “A Night to Remember” was released after being adapted from the eponymous 1955 book by Walter Lord. This film adaptation is widely considered to be the most accurate, and it should be. It’s based on a book written from the interviews of many survivors, as well as Lord’s own research from the articles and memoirs of even more survivors.

Along came James Cameron in 1997. Using underwater footage of the sunken ship and a well written script, Cameron attempted to create a movie that was just as historically accurate from a details perspective. He received plenty of accolades and did create one of the highest grossing movies of all time, but there was one thing he didn’t count on. He didn’t foresee Dr. Neil deGrasse Tyson, a noted astrophysicist, director of the Hayden Planetarium in New York City and current host of “Cosmos: A Spacetime Odyssey,” seeing the movie and being appalled by the completely inaccurate sky, enough to criticize Cameron for showing an unrealistic and lazy star pattern. This was eventually remedied in the 10 year Anniversary Director’s Cut of Titanic, released in 2007.

(The video of Dr. Neil deGrasse Tyson telling his side of the story is at the end of this post. It’s a great story worthy of your time and attention.) 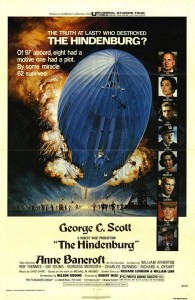 So what does this tell us about ourselves as human beings? I’m not sure. I guess it tells us that some tragedies are blockbusters and others are not. For example, the other aforementioned transportation tragedy, the Hindenburg, may have a few less documentaries about it than the Titanic sinking, but it only has one major motion picture – “The Hindenburg” from 1975. That film was a highly speculative thriller about a conspiracy leading to the destruction of the zeppelin and not quite the historically accurate treatment that Titanic received.

Maybe one day, all historical tragedy movies will be treated with equal respect for historical accuracy. That certainly won’t be this year, as I hear the only thing historically accurate about the movie “Pompeii” was the Mount Vesuvius erupts. Scraping the bottom of history’s rich barrel of truth and giving back the bare minimum is hardly accurate.

Let us also not forget that Australian billionaire Clive Palmer is funding Titanic II. I’ve ranted about that before, but since that post, there has been increasing doubt that it will ever happen. Although movies are much easier to make than life-size replicas, the Titanic II is just another example of how tragedies are mined for their potential income.

Your moods signal a period of change.
Let’s finish this up now, someone is waiting for you on that.
You are interested in higher education, whether material or spiritual.
More Fortunes >