In: Media, Podcast, The Written Word 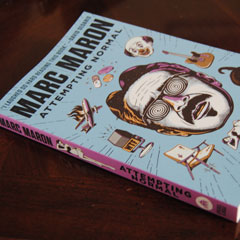 Marc Maron isn’t just a comedian and podcaster. He is a philosopher, as well. If you need proof of this beyond some of the profound things he says during his comedic sets and podcasts, look no further than his book Attempting Normal. He airs out his life, not like dirty laundry but much more like freshly laundered shirts on a warm spring day.

The stories are all personal to Marc: some are issues he may still be dealing with, but they aren’t written as if he’s airing dirty laundry. In fact, he spends time making sure the other side of the story is there as well.

And he’s been through some shit, man.

He’s been married twice and lived to tell the tale, battled sobriety and won. He’s gone through a lot and it’s all written down, with tips and advice on how he did it, along with his observations along the way. 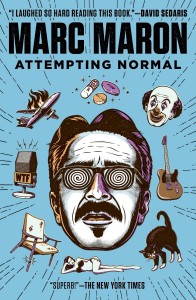 Attempting Normal is a quick read that’s extremely hard to put down.

One of the first things he says it that “we’re built to deal with shit.” And he’s correct. “We’re built to deal with death, disease, failure, struggle, heartbreak, problems. It’s what separates us from the animals and why we envy and love animals so much. We’re aware of it all and have to process it. The way we each handle being human is where all the good stories, jokes, art, wisdom, revelations, and bullshit come from.”

Throughout the book, it’s not just the tips and quotes that he’s learned himself, it’s also what he’s learned by working with and mainly by talking to other people. “Conan [O’Brien] said something about the secret of his success: ‘Get yourself in a situation where you have no choice.’” And Marc was very much in that very situation. He had nowhere else to turn with his career when he started his podcast.

He expounds on the “clutter of purpose” and the fact that “we all have the right to cherry-pick the advice given us in order to do exactly what we wanted to do in the first place.” Of his collegiate career he flatly states that “charm goes a long way in the liberal arts.” 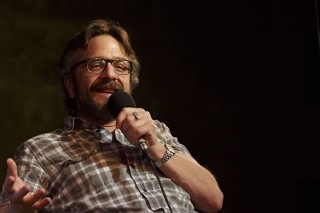 Marc’s way of looking at the world and the events in his life is like “information that I could enter into my emotional abacus. I’m always moving the beads around trying to figure out who I am.” This is a wonderful way to look at it. Our memories and life lessons can all be weighed in our own personal “emotional abacus.”

On women, Marc takes us on a ride through his two marriages and various relationships. “A bite from a stunning dog doesn’t hurt any less. It’s actually worse because you have to defer your pain to the privilege of owning a champion,” he spouts with true wisdom. “You just have to suck it up. This dynamic also applies to living with beautiful women.”

“The power beautiful women have: They are portals into the timeless, into other worlds,” he adds.

He speaks of the arts, entertainment, show business, and the fact that “everything does suck most of the time.” He expounds on each from his experiences and observations and the knowledge and perspective he has gained therein.

He tells an amazing “animal fable about humility. If you survive your mistake, you must learn from it. Accept that you’re fragile, vulnerable and sometimes stupid. Realize that you’re not immortal and you’ve got to take care of yourself. And then laugh it off and fly away.” 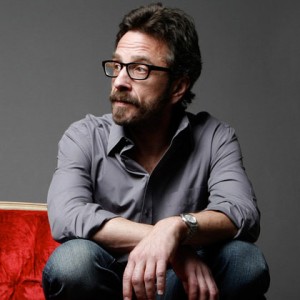 Talks about his realization that “planned obsolescence has forever denied us the ability to believe in workmanship, institutions, and lifetime guarantees. This is true with everything from pants to marriages. And obviously life itself.”

His idea to mine the thoughts of old people for their knowledge and insight in the chapter titled “Googleheimers,” is not only brilliant but funny as well. This passage, in particular, is poetically prophetic: “Running away works. Sometimes you have to change it up: new people, new restaurants, new Laundromat, new barista, new life. Yeah, the adage is true–that wherever you go, there you are– but you in an entirely new setting is a new you, or at least the old you in a new context, and that’s not nothing.”

But through all of his -ships – relation- and hard-, he learned a valuable lesson.

“I have no control over the plane or anything else really. I am okay with that. Every bump is not the beginning of the end. I move through it. I deal.”

This is not the pinnacle of his wisdom. Throughout his career he’s been searching for something, like we all do. 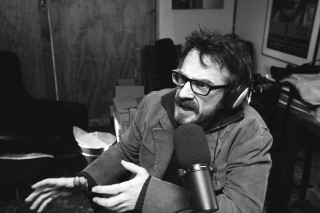 “Doing the podcast and listening to comics was saving my life. I realized that is what comedy can do for people… I am at the top of my game and no one can tell me what to do–I built it myself, I work for myself, I have full creative freedom.”

This is his best advice and insight about the power of not only comedy, but creative freedom. These aren’t all the lessons in the book, they’re just the ones that jumped out at me, I’m sure others will see these and more.

For listeners of his WTF podcast, I would say the following: if his podcast introductions are like street philosophers, this book is what happens when all of that nonsense get’s edited and put into a tome that has the potential to change lives.

To all of the bits and quotes that I have pulled out there is back story and context, and it should all be taken at once, not as a CliffNotes version, but as some of the many reasons to pick up and read Attempting Normal.

That being said, I wonder if he’ll write another book, with all of the lessons he’s learned since. If he does, I’ll be sure to have my preorder ready and you should, too – but only after you read Attempting Normal.

Read the Secret File of technical information and quotes from Attempting Normal.

Attempting Normal by Marc Maron by the garage

Your moods signal a period of change.
Look forward to great fortune and a new lease on life!
To let another into your heart, first let yourself in.
More Fortunes >