An Honest Review of How to Archer: The Ultimate Guide to Espionage, Style, Women, and Cocktails Ever Written by Sterling Archer 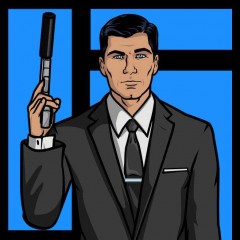 about how to be him. That’s right, Archer, code named “Duchess”, the narcissistic, misogynistic, suave, hyper-sexed, alcoholic, spy of all spies has written a book about not just being a spy, but about being the best spy – himself.

From the beginning Archer sets up the tone of this humorously entertaining educational how-to book.

“A how-to book?! A book can’t teach someone how to be equal parts deadly and sexy! That’s like asking a cobra to write a book about how to be a cobra!”

Thus, for the first time ever, I will now reveal many of the secret techniques which have helped make me, Sterling Archer, the world’s greatest secret agent. In the world. 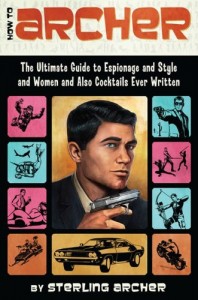 How to Archer: The Ultimate Guide to Espionage, Style, Women, and Cocktails Ever Written by Sterling Archer

There are six main sections to this composition, How to Spy, How to Drink, How to Style, How to Dine, How to Women, and How to Pay for It.

In How to Spy, Archer covers everything from armed and unarmed combat to gadgets, tactical driving, casinos, interrogation, escape and many other such things, sometimes in detail, sometimes not so much.

One of the many great moments in the books comes in the unarmed combat section where Archer matter of factly states that “whenever possible, avoid unarmed combat. Because there’s no sense breaking your hand on an enemy’s head when you can just put a bullet in it. In fact, while you’re at it, go ahead and double-tap that poor bastard: it’s not like there’s a bullet shortage.” 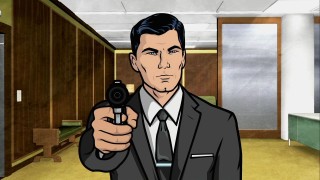 Answer: I will shoot him in the face

Archer continues to say, “And so I ask you: what do you think’s going to happen when I go mano a mano with some enemy agent who’s read the trade secrets of Sterling Archer, the world’s greatest secret agent? Answer: I will shoot him in the face.”

The How to Drink section is filled with recipes and instructions for how to make many drinks, while taking the time to comment on what is and what is not a girly drink. He takes a few shots at James Bond as well, with “Just to be contrary; it makes no difference whether it’s shaken or stirred, and only a colossal idiot believes otherwise… however, I think I’ve also made it pretty clear that I don’t like to invite comparison to He-Who-Must-Not-Be-Named. And so here is Sterling Archer’s recipe for a martini.” 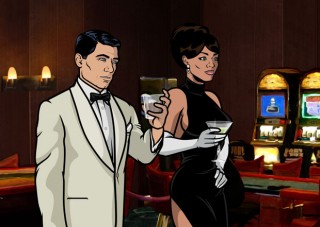 He also enjoys some grammatical puns with “Sloe Gin Fizz Chances are you’ve been misspelling this your entire life. I know I have. And now that I think about it, I actually will probably continue to do so. Because ‘phizz’ just looks cooler to me.”

The How to Style section is great for many useful tips, perhaps most importantly, “I personally am not willing to sacrifice style for a teeny little bit of extra stopping power.”

Among the gushing he does over his tactical turtlenecks are some wonderful tidbits such as:

And on buying shoes, “the only place you should ever buy shoes, in the universe and beyond, is Italy. And that’s not even accurate: you shouldn’t even buy shoes. You should have them made.” 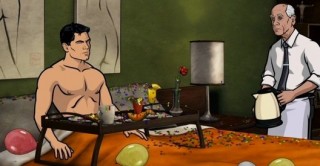 Archer dines out whenever possible or Woodhouse cooks

In How to Dine, we learn that outside of eating in with Woodhouse cooking for him, Archer is all about dining out.

How to Women talks about amateurs, tips for the ladies, professionals, and the attempted roll out of the never-completed Archer Sutra.

The weapons, the drinks, the custom handmade shoes, the gadgets and weapon, they all cost money and Archer has you covered with How to Pay for It. Although, the legality of his suggestions on personal finance, is something you have to consider.

The appendices are just as informative and funny as the rest of the book. Especially Archer’s World Factbook in Appendix C, where we get such gems as: 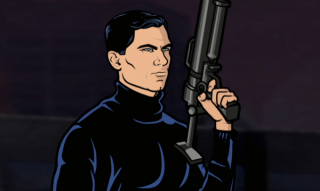 Archer in his tactical turtleneck

“ANDORRA This tiny principality is actually a co-principality, meaning it’s ruled by two princes. Which makes me wonder: What ever happened to the Spin Doctors? Were they all murdered?” And “CÔTE D’IVOIRE I don’t care what it wants to be called, I’m still calling it the Ivory Coast. Côte d’Ivoire sounds like some type of cheese. The Ivory Coast sounds like something out of Middle Earth.”

And that’s just the tip… of the iceberg. This book is really a 195 page episode of Archer that is all Sterling, all the time. It’s not quite a behind-the-music insight into the man, but there are a few. One insight is, “I’m on the fence about smartphones. Call me a romantic, but there’s just something about a tiny Minox camera or a tape recorder concealed in a fountain pen that just sends me.”

But for the most part this book is just an extension of Archer’s ego. “And while there are many things to like about being a devastatingly handsome, martini-drinking, jet-setting, model-banging, world’s greatest secret agent. hard work isn’t one of them.”

He didn’t put much hard work into the writing of the book either, but it is thoroughly enjoyable and if you enjoy Archer and can read, I would say this needs to be in your collection, immediately, or you may find yourself ill-prepared for a situation in the… Danger Zone!

Read the Secret File of technical information and quotes from How to Archer: The Ultimate Guide to Espionage, Style, Women and Cocktails Ever Written 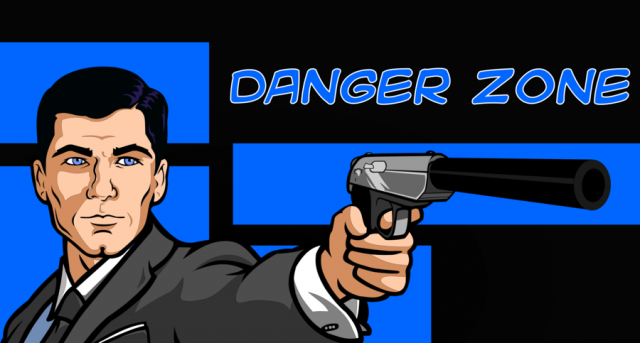 Whoever wants to reach a distant goal must take small steps.
To let another into your heart, first let yourself in.
Even the greatest of whales is helpless in the middle of a desert.
More Fortunes >