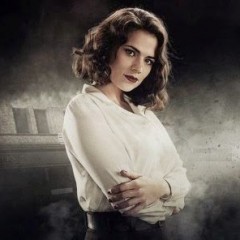 Agent Margaret “Peggy” Carter is getting her own mini-series. So, why should we care?

Without Agent Carter, their could very well be no S.H.I.E.L.D., so try to have a little respect. Besides, she keeps really good company.

First a little about Peggy. Her real name is Margaret Carter, she is known as Peggy Carter, Eva, and by her number, Agent 13. She started out as a member of the Strategic Scientific Reserve (SSR), that was formed in response to fight HYDRA. She met and fell in love with Steve Rogers, but after the war and his disappearance she didn’t grieve by crying. She helped Howard Stark launch the Strategic Homeland Intervention, Enforcement and Logistics Division, or S.H.I.E.L.D.

I expect that the show is called Agent Carter, because it will focus on Peggy, but I get the feeling that this mini-series will have the overarching objective of explaining the founding and history of S.H.I.E.L.D. 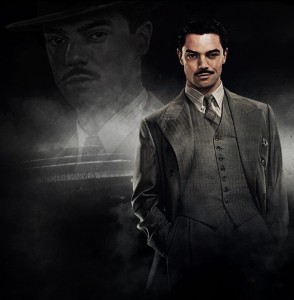 Why do we care? Because we actually do care.

The players in this mini-series along with Peggy will be Howard Stark, the father of Tony Stark who is Iron Man, and Edwin Jarvis, Howard’s bodyguard. Other bit players, based completely on my knowledge of the Marvel Cinematic Universe could be a few of the Howling Commandos, like Dum Dum Dugan and possibly Gabriel Jones, who is rumored to be the grandfather of current S.H.I.E.L.D. Agent Antoine Triplett. There is no proof, but that doesn’t mean speculation hasn’t been widespread and rampant

Shows about history and the History Channel, along with how things are made and built, are well established. We watch them, at some times in unhealthy binges. So why should history of S.H.I.E.L.D. be any different? It won’t be. 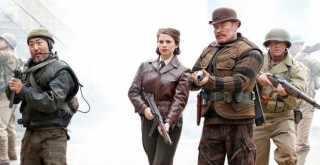 Agent Carter with the Howling Commandos

Agent Carter is an important part of the MCU because S.H.I.E.L.D. might not exist as it currently does without her. From both the television show Agents of S.H.I.E.L.D. and from the Phase I and Phase II movies, we know how integral S.H.I.E.L.D. is to the MCU.

I for one, can’t wait for the mini-series. I could very well be in the minority, but I shouldn’t be. We should all want to know more about the history of S.H.I.E.L.D., because it is the history of the Marvel Cinematic Universe as we know it, and as box office returns have shown, who doesn’t want more of that?

Even the greatest of whales is helpless in the middle of a desert.
Let’s finish this up now, someone is waiting for you on that.
The path of life shall lead upwards for you.
More Fortunes >