Avengers: Age of Ultron is a Continuation not a Culmination… Slight Spoiler Warning

Is it Avengers: Age of Ultron best movie yet? No, I don’t think so… Is it the most important movie to date in the Marvel Cinematic Universe? Yes, it is and more importantly it will be and that is exactly why I don’t think it is the best.

I enjoyed it, it was very entertaining, but it just seems like as a film it was trying to do too much.

A.A. Dowd of The A.V. Club basically said the same thing. “There’s so much ground to cover here — so many introductions to make, so much story to churn through, so many gargantuan set pieces to mount — that the movie never really finds room to breathe.” And the only reason I went looking, is because I wanted to make sure I wasn’t alone, in my diagnosis of the film. 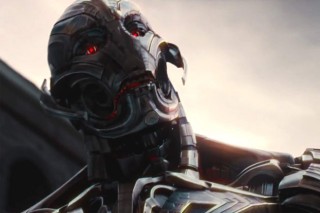 Ultron from Avengers: Age of Ultron

Everyone I have spoke to doesn’t seem to mind that it opens more doors in the MCU than it closes. I will warn you that there are potential spoilers ahead, if you either haven’t seen the movie, or haven’t paid attention to the schedules and releases for future Marvel movies.

The truth is I really liked Ultron as a villain, but I would have liked him more if they had more time to develop him. And they would have had more time to develop him they took out the Banner / Romanoff romance, as well as, the setups for the next phases of the Marvel Cinematic Universe. Regardless, the writers were on top of their game for the script was well written, as usual, and the dialogue was always on point, with the lighthearted humor in the places where it needed to be.

In fact, the two best pieces of dialogue in the movie belong to Hawkeye and Nick Fury. Hawkeye’s speech to the Scarlet Witch about becoming an Avenger is inspired, while Nick Fury’s rant in the Barton home is classic Fury, or classic Samuel L. Jackson, whichever way you choose to see it. 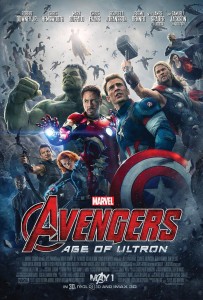 Anyway, the point is, in Avengers: Age of Ultron, they have set up seven feature films, at least that I noticed during one viewing. They have referenced the television show and influenced it greatly, as well as two nice trips down the memory lane of Agent Carter.

Again, this is just the stuff that I picked up on at one viewing, with a full theater that laughed through dialogue, I wish I could go back and hear, but that will come when it joins my Blu-Ray collection. So to sum up, I liked it, it was enjoyable, but it was just too busy.

There’s enough groundwork that needed to be covered for “the twins” and Ultron, that setting up or really going for opening the doors to so many other things… It just seemed a bit much and War Machine and Falcon should have received more screen time! But I will say, I’m excited to see what the reemergence of Nick Fury means for Agents of S.H.I.E.L.D., which had a brilliant lead into Age of Ultron.

Avengers: Age of Ultron does require a second viewing though, in my opinion, because there’s probably a lot more in there I didn’t catch!

Read the Secret File of technical information and quotes from Avengers: Age of Ultron.

Courtesy is the password to safety.
A difference, to be a difference, must make a difference.
Let’s finish this up now, someone is waiting for you on that.
More Fortunes >