A fangasm rant about Agents of S.H.I.E.L.D. Season Two and Beyond: It’s all connected (Spoiler Alert) 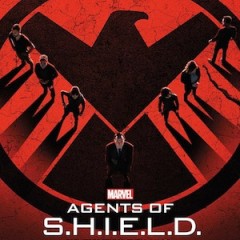 It’s all connected and it’s all brilliant. Marvel’s Agents of S.H.I.E.L.D. season two ended with a bang and opened as many doors for season three as it closed on season two.

Before I get into the fangasm post you’re about to read of my thoughts on season two, I must say that I was one of the few who thoroughly enjoyed season one. I didn’t find it slow, I just thought it was great with the added bonus of really connecting to the larger part of the Marvel Cinematic Universe (MCU), especially with what they did to lead into the setup of Captain America: The Winter Soldier and how they handled it’s aftermath.

Season two of the small screen portion of the MCU, laid out more back story for the InHumans. It also sets up Secret Warriors, at the direction of Director Coulson and the assumption they’ll be led by Agent Skye. This is not to be confused with Secret Wars, because Secret Warriors is originally based upon Nick Fury and Team White, a group of super-powered agents and is completely unrelated to Secret Wars. 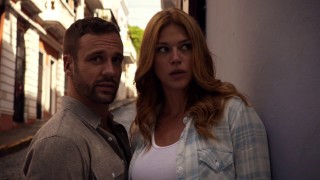 Hunter and Bobbi in Agents of SHIELD Season Two

The setup to Secret Warriors included the death of Skye’s mom, Jiaying, as well as the death of her longtime nemesis Raina, and the mind cleansing (Project T.A.H.I.T.I.) of her father The Doctor or Mr. Hyde, if you prefer.

But there was more in this season, much more. The badass Mockingbird a.k.a. Bobbi Morse and her ex-husband Agent Hunter went through quite a few ups and downs and kicked a lot of ass. Bobbi’s partner in crime through much of the season Mack, also had some tribulations as well. The plot line of the two of them following Gonzalez, played by the great Edward James Olmos was superb. Although, I don’t think I’ll ever see him as anything other than William Adama from Battlestar Galactica’s reboot.

Bobbi and Hunter’s relationship wasn’t the only relationship drama this season. Fitz and Simmons had their ups and downs, as did Ward and Agent 33, May and her ex-husband and even May and Coulson, who had a seemingly unbreakable bond through most of season one. 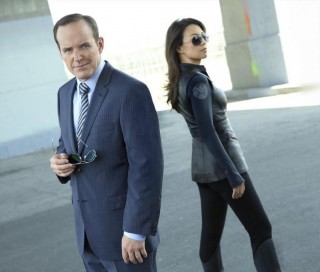 Agents Coulson and May Agents of SHIELD Season Two

Speaking of Melinda May, the origin story of how she became The Cavalry was one of the highlight episodes in the series thus far, not just of season two. And Ward’s steps towards, or the inferences of his leading HYDRA at the end of the finale made sure we all understand that HYDRA remains a threat.

As always, Phil Coulson is the glue. As director he proved himself worthy and now I’m convinced there should be, not that there will be, the reappearance of Coulson with an Avenger on screen at some point in the future. Mainly because I do believe that Coulson should reach out to his old friend Tony Stark for a new hand.

So where does all of this lead? Season three should be a combination of Ward’s takeover of HYDRA, and the creation or collection of Agents for Secret Warriors. As with the first Avengers movie, when they all scattered, the Agents of S.H.I.E.L.D. all appear to be going their separate ways, but I suspect they’ll all be back, from where ever they are, for season three, as the Avengers all returned together for Age of Ultron. 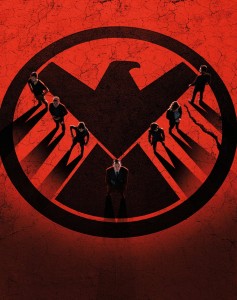 Two things, I’m most intrigued about for the future of Agents of S.H.I.E.L.D.

One is how will Agents of S.H.I.E.L.D. tie into the Civil War story line started at the end of Age of Ultron. Truthfully they did a magnificent writing job this season tying in Age of Ultron, just like they did in season one for The Winter Soldier.

Two, will the Agents of S.H.I.E.L.D. need a lawyer in season three? And will that lawyer come from the law office of Nelson and Murdock. I’m not saying this will happen, but we know that it is all connected, so it would be nice to see some S.H.I.E.L.D. interaction within Hell’s Kitchen. (Which has now been setup with the Netflix exclusive Daredevil.)

I will leave you with this warning, or think of it more as a suggestion. All throughout season two of Agents of S.H.I.E.L.D. there were little throw away lines and plot devices that called to mind things from season one. If the writing continues to connect all the pieces, you must be sure to be caught up on all of season one and season two, before season three begins. Because it is all connected and there is more to be gained from having watched it all, than being just a Johnny come lately.

So get on your Netflix and Hulu accounts and start your binge. You’ve got all summer to be caught up before season three starts this fall.

Whoever wants to reach a distant goal must take small steps.
Even the greatest of whales is helpless in the middle of a desert.
The path of life shall lead upwards for you.
More Fortunes >