If you’re going to write, write what you know. That’s what they say. They also say, “Good writers borrow, great writers steal,” so there must be a special pantheon for writers who do all three.

With Ready Player One, Ernest Cline did all three.

“In the year 2044, reality is an ugly place. The only time teenage Wade Watts really feels alive is when he’s jacked into the virtual utopia known as the OASIS. Wade’s devoted his life to studying the puzzles hidden within this world’s digital confines—puzzles that are based on their creator’s obsession with the pop culture of decades past and that promise massive power and fortune to whoever can unlock them.” 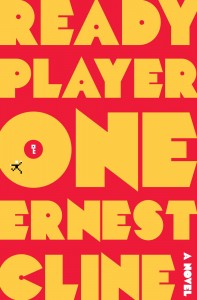 And who could blame, our young Wade Watts? “After all, the people of Planet Earth had other concerns. The ongoing energy crisis. Catastrophic climate change. Widespread famine, poverty, and disease. Half a dozen wars. You know: ‘dogs and cats living together… mass hysteria!'”

I can’t help but think that the creator of OASIS, James Halliday, whose love of the 1980s knows no bounds, from video games and music to movies, television, and beyond is actually Cline. His avatar in the game he created is named Anorak, which is British slang for a person who has a strong perhaps obsessive interest in niche subjects. And as Halliday fits the bill with the 80s as his niche, and in my head so does Cline.

Cline knows his stuff and the tonnage of geek-related references that those of a certain age (born before 1985) can appreciate. Quotes from Anorak’s Almanac are prime examples:

And Cline’s use of Wade, who thinks things like:

These things are more than enough quotes and lines to endear Cline and this book to fellow retronauts. But wait, there’s more! 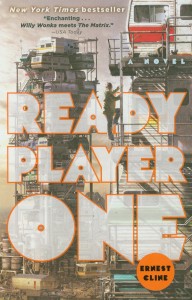 Wade says that his van “was my refuge. My Batcave. My Fortress of Solitude,” and all geeks can relate. We all have our secret lairs, even if they’re just rooms in our house. And for the record OASIS stands for “Ontologically Anthropocentric Sensory Immersive Simulation.”

Why is it such a big deal that Wade or some other egg hunter or “gunter” as they’re referred to in the book, find the egg first? Because an evil corporation was also looking for the prize.

“The moment IOI took it over, the OASIS would cease to be the open-source virtual utopia I’d grown up in. It would become a corporate-run dystopia, and overpriced theme park for the wealthy elitists.” But had they gathered intelligence on the early 90s they’d see how well that plan worked for Gennaro the lawyer who only wanted Jurassic Park to be for the super rich and suggested a “coupon day.”

But I digress, Cline’s understanding of what it means to be a geek can be understood with the following, which only proves he’s one of us. 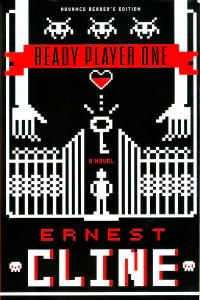 And his view of the United States of America as a whole, or at least his view of the future United States, is jarringly scary with Wade’s thought: “The once-great country into which I’d been born now resembled its former self in name only. It didn’t matter who was in charge. Those people were rearranging deck chairs on the Titanic and everyone knew it.”

Cline also understands that most geeks, online or off, connect on a mental level. Wade shows that he understands that as only a true geek can when he says, “We’d connected on a purely mental level. I understood her, trusted her, and loved her as a dear friend. None of that had changed, or could be changed by anything as inconsequential as her gender, or skin color, or sexual orientation.” We should all be that way, but that’s not our current reality.

Cline understands geek escapism too, borrowing a quote from Groucho Marx – “I’m not crazy about reality, but it’s still the only place to get a decent meal” – and by using Halliday’s Anorak to refrain the sentiment, saying “That was when I realized, as terrifying and painful as reality can be, it’s also the only place where you can find true happiness. Because reality is real. Do you understand?” 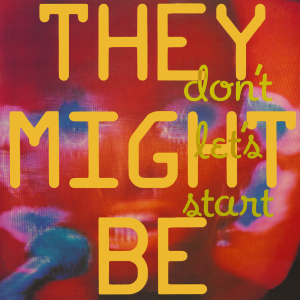 For all the references in this book it was one of Wade’s passphrases that I enjoyed the most. “No one in the world ever gets what they want and that is beautiful.” A lyric from “Don’t Let’s Start” off of the 1986 self-titled album for They Might Be Giants. In fact, that was one of the few times I put the book down, only because I wanted to enjoy the song playing through my head, which started the moment I read the lyric.

As for Anorak’s Almanac which is heavily referenced within the book, I would really like the opportunity to read the whole thing. It seems like something right up every geek’s alley.

Speaking of the Almanac and its importance… In a way, this blog is my Almanac, so there’s some food for your thoughts. Seriously, you can see my love of movies like WarGames, Ralph Bakshi, podcasts, Magic: The Gathering, and more by paging through the archives. In fact, any geek with a blog has their own Almanac, and any geek with a podcast has their own audio Almanac. That’s just how it works. 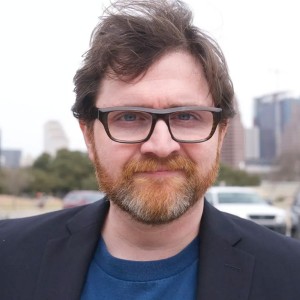 You don’t write a book like this by doing a lot of research, you write a book like this because you already have all of that knowledge in your head. You know all the quotes, you know all the characters, you know the minutia of the trivia. I am a geek, and I say undoubtedly that Ernest Cline is one of us. He’s cut from the same cloth and even comes from the same era. With Ready Player One, Cline has cemented me as a fan for life.

The Ghostbusters quote I used earlier in the post was on page one. Page one! I knew that it could really only get better from there.

I look forward to reading Armada, his second novel, and everything else he puts out. As I said, Cline has hooked me for life, and after you read Ready Player One, he’ll have you hooked, too.

Read the Secret File of technical information and quotes from Ready Player One.

Today it’s okay to make a few choices by going with your instincts.
Nothing in the world can take the place of persistence.
Whoever wants to reach a distant goal must take small steps.
More Fortunes >