The movie was barely in theaters when the negative tweets and reviews started to come across my radar. But it didn’t deter me. I still went to see Batman v Superman: Dawn of Justice. And there are no spoilers in this post as I don’t want to deter any of you from watching it either.

Pay no attention to those trolls on the internet, this is a solid movie, perhaps a bit too long, but a solid movie none-the-less. 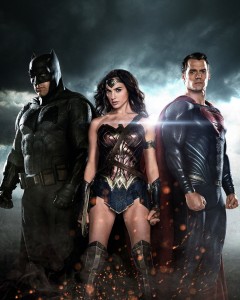 I have no idea what the negative reviews are about. I went to see a movie titled Batman v Superman: Dawn of Justice, and what I saw was Batman fighting Superman. That’s what it was. The subtitle Dawn of Justice a reference to the Justice League was also covered with an appearance by Wonder Woman and “intel” on the other members of the JLA we’ve been reading about for what seems like years.

So to paraphrase Dennis Green, “they are what we thought they were,” this movie was what we thought it would be. The players are solid; Affleck, Cavill, Adams, Eisenberg, Gadot, they all fit their characters well. The script, while hardly original, was fairly believable based in a universe where Batman, Superman, and Wonder Woman can exist.

One of the few negative thoughts I have about this movie is that it was too long. I believe this is a great example of a good film that could have been better with some editing. Maybe more than “some,” to be more precise, because I don’t think it needed to be 151 minutes long. All of the pieces are in the correct order, but their length destroyed any pacing that was built up within them at times.

It was also my complaint about Nolan’s Dark Knight trilogy, where I still cite that those were all too long as well. So, Zack Snyder took a page out of Christopher Nolan’s book. But I shouldn’t have been surprised, Man of Steel was a bit too long for me as well.

But that’s just me. In truth, it felt like I was watching the extended edition, but as you may well know, there is an extended edition of this that is even longer! Wait, what? Yes, they did in fact do some editing, and I am intrigued by what little or how much they left of on the proverbial cutting room floor. 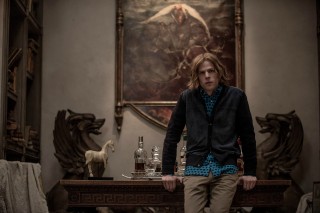 Do I have any other issues? Only that it’s a dark movie. And I mean it is a DARK movie. Are Metropolis and Gotham on some alternate Earth, where the sun does not rise every day, but maybe only once a week? But that’s the tone of the film, and it works, within the story, but not so much on building out the world.

But they weren’t building a world, they were building a universe, and they did in fact set it up well enough, but I’m not sure they were paying attention when Marvel built it’s Cinematic Universe. But why go with what works for someone else, when you can kind of get it right on your own? 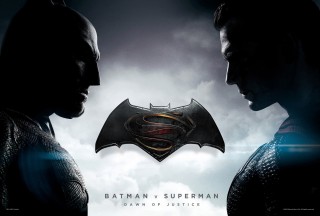 Again, I ask what were people expecting?

Now, there is another Batman origin story, which we know, because we’ve seen it before, but it is one of the best shot cinematic interpretations of the Batman origin, that I can remember seeing.

The dialogue is a bit dry, the humor few and far between, but this isn’t a Marvel movie, so I’m not sure that can be a valid complaint, because that is a hallmark of the Marvel Cinematic Universe and not something that DC/Warner Bros., has been doing thus far.

Yet again, what were people expecting?

I understand that there are comic book purists out there. I understand that I am not so well schooled in comic books that I can understand all of the little nods and complain about the character traits or inconsistencies, but neither Marvel, DC/Warner, Sony, or Fox are making movies for the purist. Comic book character have had a recent resurgence at the box office, but most of that is due to movies based on the characters, not movies based directly from the pages of a run of comics. The distinction is one that has to be made. 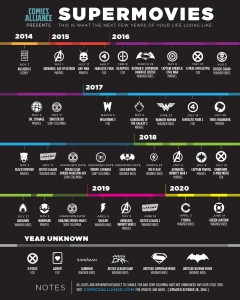 And lastly, to borrow an argument from The Wicked Theory Podcast‘s own Bill Sweeney, as a geek who is “too old to die young,” do you remember when there weren’t superheroes all over cinema and television? Do you realize how good you have it as a geek/nerd?

Be thankful, that the Age of Geek is upon us, because as sure as the sun will rise in the East, it won’t last forever, or at least not in it’s current incarnation with multitudes of options on the small screen and many new titles coming out on the big screen year after year. At some point it will taper off, so enjoy it while it lasts young geeks.

And for you old geeky curmudgeons, don’t forget that it wasn’t always this way!

Read the Secret File of technical information and quotes from Batman v Superman: Dawn of Justice.

Whoever wants to reach a distant goal must take small steps.
Even a broken clock is right two times a day.
You are interested in higher education, whether material or spiritual.
More Fortunes >