Captain America: Civil War A Spoiler Free Rant.
“Can You Enjoy this in a Vacuum?” 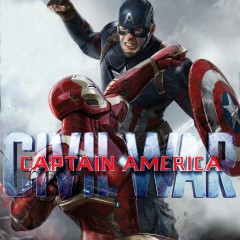 Captain America Civil War is indeed a great popcorn movie and another strong addition to the Marvel Cinematic Universe (MCU). But I can’t help but wonder how much you miss if you aren’t fully absorbed into the MCU.

It has all of the action, drama, and comedy, that comes from the great writing we expect from the MCU, but it also stands like a keystone on top of everything that came before it in Phase One and Phase Two.

It has so many callbacks, not just in plot, but in dialogue, that I just have to ask, “can you enjoy this in a vacuum?”

I just don’t know. I’ve been a fan of the MCU since Iron Man. I’ve watched every movie in theaters and I own each of them. They all appear in heavy rotation when I have the time to watch movies at home. So for me, I get all of the references, nuanced or spelled out. I understand the bigger picture. 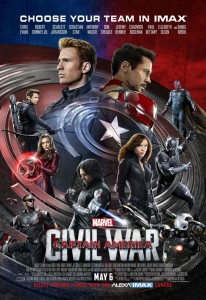 But to those who don’t, is it still as great of a movie? To those that don’t get or miss the references to other movies, whether they are directly stated or just hints, is this still the great cinematic feature they were looking or hoping for?

As I stated at the beginning, this is well written with a plot that doesn’t get stale, dialogue that flows and is engaging with the kind of action that you expect from a major blockbuster film. But again, I am biased.

The title may have Captain America in it… The plot may revolve more around Cap and Bucky and their past more than anyone else, but the takeaway for me is that this is an Avengers movie, or as has been said by Downey Jr. himself, Iron Man 3.5.

Now, I will admit it is arguable who plays the larger role, not in screen time or dialogue but in plot importance. It is a conversation or an argument that I expect to hear and read the world over as more people see the film, once, twice, or perhaps three times, playing out their sides in blogs, podcasts, and in general geek conversation.

But that first question still haunts me. “Can this film exist in a vacuum?” For that matter, does Avengers? Does Age of Ultron? Does Iron Man 3? Does Captain America: The Winter Soldier? All of those movies tie heavily into Civil War. So does that mean, people won’t enjoy it if they aren’t completely up to date with the MCU?

Not quite, because there is just enough exposition and definitely enough action to make it work, but are they really getting the whole story? Are they really seeing the whole playing field? Surely, anyone who skipped certain films, or would call them unmemorable, will miss some of the things that MCU fanatics, such as myself picked up on. But does it still work?

I’ve always been fascinated by the concept of the MCU. A larger universe, in which everything is connected by various through-lines, not always in a linear fashion, but there none-the-less.

For certain people this film will rank much higher than it will for others. And for DC fans, who lament that this film is everything that Batman v. Superman: Dawn of Justice (BvS) should have been, I will remind you that this film is a testament to the whole MCU, standing firm upon everything that came before it, meaning that BvS, coming not at the end of a string of DCU films, but basically being the beginning act, the two aren’t comparable.

And one other thing, I’m hearing too much of after the release of Civil War is that Spider-Man is the standout. Spider-Man does not steal the movie if you’re paying attention. He’s a part of it, but if you feel he stole the show, you missed too much while going to the concessions for more popcorn. 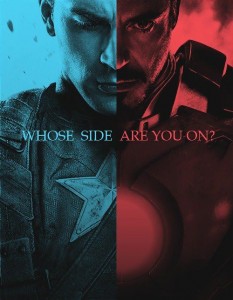 Whose side are you on?

Maybe that’s where this comes from. Spider-Man doesn’t steal this movie from any of the other big characters if you are as tied into the MCU as I am. Spider-Man only steals the spotlight if you are a Spider-Man fan, going to see the film because he’s in it and not because it’s Captain America, Iron Man, The Winter Soldier, Black Panther, Black Widow, War Machine, The Falcon, Vision, Ant Man, Scarlet Witch, Hawkeye, and a host of other players from the MCU at large.

People will come away with varying degrees of enjoyment from this film. I’m sure it will make its money for parent company Disney the world over, and it will be enjoyed and dissected as all of the other MCU films have been.

But through the enjoyment, there is the caveat of how good your MCU memory is, and the same goes for it’s dissection.

This could very well be one of the pinnacle moments in the MCU, despite knowing what’s to come with the Infinity Gauntlet. But therein too lies a problem, as that plot line also has threads throughout Phase One and Phase Two.

Maybe, but at this point only time will tell… 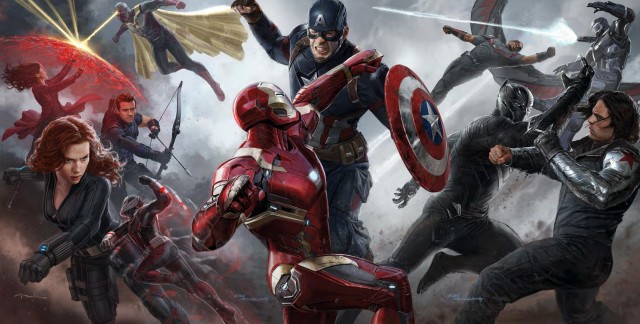 The path of life shall lead upwards for you.
Whoever wants to reach a distant goal must take small steps.
Even a broken clock is right two times a day.
More Fortunes >