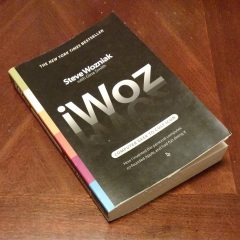 There’s something to be said for telling your story in your own words. In 2006, Steve Wozniak reached that point at age 55.

In his own words, he wrote, “I think it’s time to set the record straight. So much of the information out there about me is wrong. I’ve come to hate books about Apple and it’s history so much because of that. For instance, there are stories that I dropped out of college (I didn’t) or that I was thrown out of the University of Colorado (I wasn’t), that Steve and I were high school classmates (we were several years apart in school) and that Steve and I engineered those first computers together (I did them alone).”

There is something honorable about this. He could have just let it be, and for anyone who hasn’t read “iWoz,” it would have been the clarification of that misinformed history.

But to tell you the truth, this book is about far more than just a clearing the air of misheard or misleading stories. This is a book by an engineer and for an engineer. In fact, Wozniak defines an engineer as something he came to through his own experiences and what was passed through to him from his Dad as, “…what it means to be an engineer’s engineer. A serious engineer. I so clearly remember him telling me that engineering was the highest level of importance you could reach in the world, that someone who could make electrical devices that do something good for people takes society to a new level. He told me that as an engineer, you can change your world and change the way of life for lots and lots of people.” 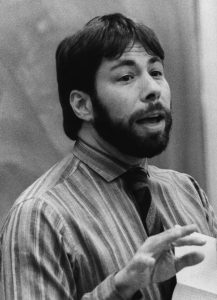 And he also gives those people interested in engineering the insight he’s gained, which also applies to many other professions.

Among all the stories and the inspiration behind them, Woz also reveals his key to happiness.

“It’s so easy to doubt yourself, and it’s especially easy to doubt yourself when what you’re working on is at odds with everyone else in the world who thinks they know the right way to do things. Sometimes you can’t prove whether you’re right or wrong. Only time can tell that. But if you believe in your own power to objectively reason, that’s a key to happiness. And a key to confidence. Another key I found to happiness was to realize that I didn’t have to disagree with someone and let it get all intense. If you believe in your own power to reason, you can just relax. You don’t have to feel the pressure to set out and convince anyone. So don’t sweat it! You have to trust your own designs, your own intuition, and your own understanding of what your invention needs to be.”

The thing you need to remember is that I am not a MacHead or a lover of Apple products. I read the Steve Jobs biography by Walter Isaacson and now I have read the autobiography of Steve Wozniak. The thing is I understand and appreciate is what they did for technology, for computers as an industry and, by extension, for the world. 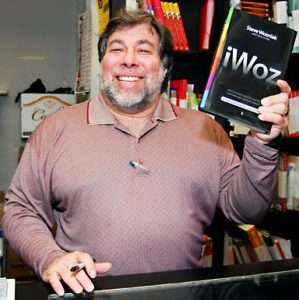 Woz with his book

I was entertained and educated by both, but in truth Wozniak is the more fascinating of the two Steves. And in the end, his message, which carries throughout the book, is the most powerful ending either book tale could have told.

“I hope you’ll be as lucky as I am. The world needs inventors–great ones. You can be one. If you love what you do and are willing to do what it takes, it’s within your reach. And it’ll be worth every minute you spend alone at night, thinking and thinking about what it is you want to design or build. It’ll be worth it, I promise.”

Woz, I enjoyed your book, and I encourage others to read it, too. The world does need engineers and inventors, and you helped establish some very real insights for those who want to change the world by creating something new.

Read the Secret File of technical information and quotes from iWoz by Steve Wozniak with Gina Smith.