A Spoiler Free Review of The Coldest Winter by Antony Johnston

In: Comics, Media, The Written Word

It’s not often that a prequel can outshine the original, but such is the case with The Coldest Winter, where Antony Johnston weaves a tale even more gripping than the one he told in The Coldest City.

Also set in Berlin, yet taking place eight years prior to the events of City, The Coldest Winter finds us in the midst of the Cold War with a more complex and thrilling spy noir story.

The back cover reads; “After a string of botched assignments for MI6 in Berlin, David Perceval is being sent home. Even his final mission before leaving–the defection of a Soviet scientists–goes badly wrong, as the coldest winter for 30 years descends upon Europe.

With transport out of Berlin impossible, and the KGB searching everywhere for their lost scientist, Perceval must improvise a deadly game of cat and mouse through the frozen city to keep the Russians at bay, and deliver his own unique brand of revenge.”

Without getting in the details of how and why, so as to leave something for you dear reader, it is worth noting that David Perceval is the one main connecting link between Johnston’s two tales. 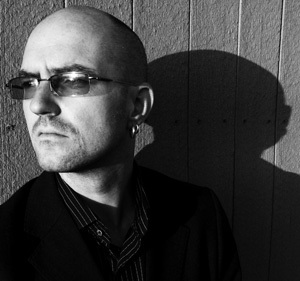 What makes this truly more fascinating than the original is how in depth the plot goes, but like Len Deighton, a comparison I’ve made before after reading The Coldest City, Johnston doesn’t glorify the clandestine operatives and their jobs. It’s a job, an assignment, and a deadly game, in that there is likely someone on the other side or sides of the Cold War with the same or similar assignment. Although probably to different ends, and usually different means.

It is easy to digest the whole book in one sitting because it is, quite frankly, just that hard to put down. The characters and their relationships are extremely well executed, especially when it comes to the two main rivals, Perceval (MI6) and Aleks Bremovych (KGB). Often times feeling like two sides of the same ruble.

In fact, during one showdown, it plays out where after Perceval curses Ivan, Ivan’s response to his nemesis’ face is “I have no wish to kill you. You have made my time in Berlin very interesting. But you must accept your inevitable defeat.”

There’s such a respect between all sides of the equation in this book, that it at times feels like a game. A deadly one, where people get shot and kidnapping is just another day at the office, but a game nonetheless where one’s opponent is to be respected, if they measure up.

Now, I recommend you read both books, but I can honestly say, the order doesn’t much matter. Read whichever one you can get your hands on first, but for my money, The Coldest Winter is better than it’s predecessor.

Read the Secret File of technical information and quotes from The Coldest Winter.

Sharing little joys offer great hope to others.
Even the greatest of whales is helpless in the middle of a desert.
Today it’s okay to make a few choices by going with your instincts.
More Fortunes >